Nakhon Pathom, Thailand, August 12, 2022 – Japan, fielding their second-string B team, advanced to the semifinals of the 2022 AVC Cup for Men after disposing of hosts Thailand in thrilling three-setter 25-23, 26-24, 25-11 in their last match in the round of the last eight teams in Pool E at the Nakhon Pathom Provincial Gymnasium on Friday. 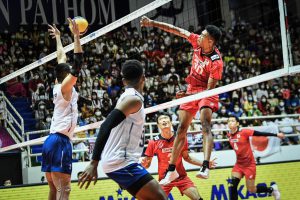 Before cheering home fans inside the packed competition venue, Thailand made a good start despite falling behind in the very first set 4-8. The 204cm-tall Kantapat Koonmee overpowered the smaller blockers with his powerful mid-court attacks and devastating left-hander Amorntep Konhan overcame the Japanese blockers with his lightning-fast attacks to keep the host side hot on the Japan’s heels with the reduced 16-17 gap. 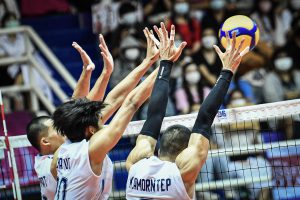 Otake Issei and Tomita Shoma got Japan back on track as both of them unleashed on spectacular attacks. Japan advanced 21-18 before Kantapat performed brilliantly to tear the Japanese defence with devastating mid-court spikes to level 23-23. However, Japan marched on their exceptional skill, with Larry Ik Evbade-dan carrying out a fast spike and Kenya Fujinaka serving an ace to end the Thai challenge in the closely-contested first set 25-23. 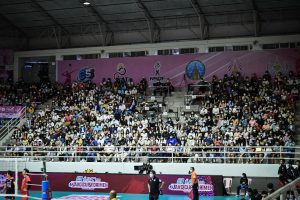 The second set was tight as both sides played well up to their standard to level 7-7 and 16-16, but Japan started to produce the good when Otake and Tomita took turns puncturing the Thai defence with off-the-block attacks to hand the team some vital points for the team’s 24-21 lead, but Thailand did not give up easily, scoring three successive points from Amorntep’s mighty off-the-block attack, Kantapat’s back-row spike and a well-placed serve from Prasert Pinkaew to help the host side close the margin at 24-24. At the final stretch, Japan held firm to win the remaining two points to wrap up the thrilling set 26-24. 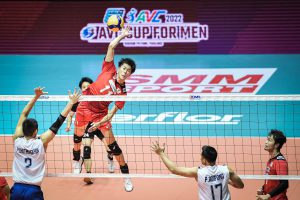 The third set turned out to be one-way traffic as Japan rolled on their rhythm, while Thailand failed to make their mark and started to drop from their best. Japan stormed on to surge into a three-point lead at 7-4 before stretching it to 16-6, seizing the opportunity when Thailand became more prone to unforced attacking mistakes. 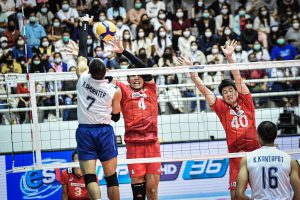 Though backed by the cheering crowds, Thailand never looked like troubling the rivals aside from a much improved third set. Japan took a commanding 22-10 lead and never looked back since then. They allowed the host side only one more point to seal the one-sided set 25-11, match and a semifinal berth. 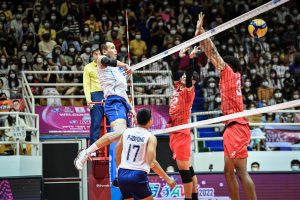 Tomita Shoma chipped in with 18 points, while teammate Otake Issei kept good company to add another 17. Amorntep Konhan topscored with 18 points including 15 attacks for Thailand 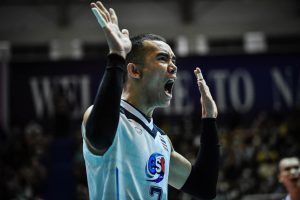 “We played tough matches for many days and my players became exhausted. More importantly, our setter Mawin (Maneewong) is not feeling well and he needs some rest. Actually, I would like my team to win at least one set, but my players could not do that as they had poor reception. We next take on Iran and I think another tough task still awaits us. I hope my players can get back to their true form in our next match,” Thailand head coach Monchai Supajirakul commented. 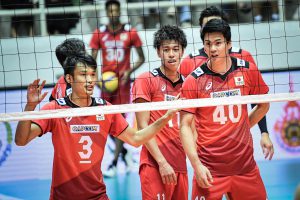