Lausanne, Switzerland, July 25, 2020 – Japan’s top-ranked pair Megumi Murakami and Miki Ishii are staying focused on their goal despite the postponement of the Tokyo 2020 Olympic Games to next year. 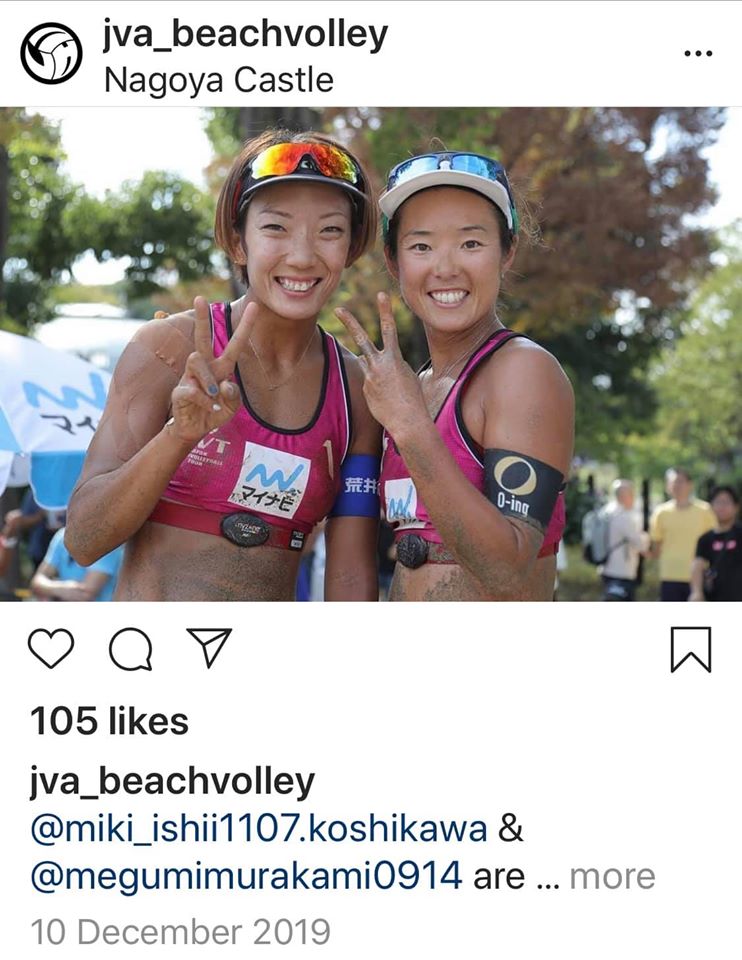 Murakami and Ishii, like most athletes all over the world, had to face many challenges during the quarantine as training and competitions were put on hold for a couple of months. Still, the Japanese pair remains sharp and ready to compete for the remainder of 2020 and next year.

“Nothing has changed in our preparations, as we are focused on training and achieving our goals,” Murakami and Ishii answered in unison.

“We have actually set our sights on the resumption of the (World) Tour,” Murakami added. 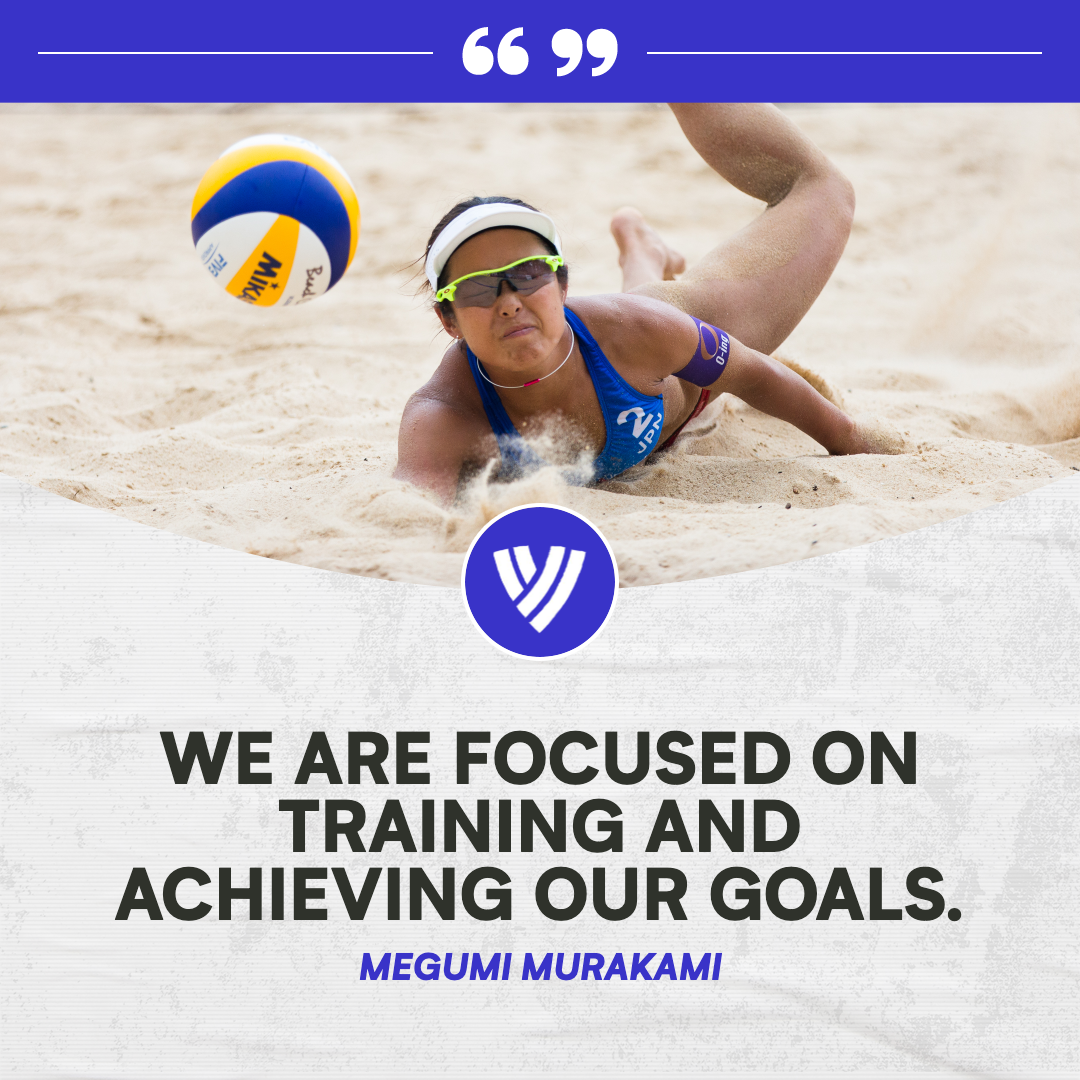 The Japanese pair sees the postponement of the Games as an opportunity to maintain their competitive edge.

“A lot of plans have changed due to COVID-19, but I think it will be a good opportunity for us to learn more from this difficult situation. There are many aspects in our game that we can improve on,” Murakami said.

“We had a difficult time in 2019 because there were many matches we could not win, but now we can move forward with a new outlook that could give our team an edge.”

Since teaming up in 2015, they have evolved and reached new heights in continental and world competitions. The year 2018 particularly was their year of evolution, reaching the quarterfinals of an FIVB World Tour five-star event for the first time.

“The most memorable beach volleyball tournament for us was the Gstaad 5-star in 2018,” Murakami said. “It was our first time to place fifth in a 5-star event. I had never experienced anything like it and I was thrilled to be there in front of a lot of spectators in a big venue.”

“We played the quarterfinal match at the fullY packed stadium. We lost the match but we heard the crowd cheering for us. I had goosebumps in the match from start to finish,” Ishii said.

Two weeks later, they gave another fine performance in front of their home fans as they bagged the bronze medal at the Tokyo 3-star.

“We wanted to set the mood in Tokyo and our goal was to stay until the final day. We made it to the last day and finished third. I felt even more confident and motivated after that,” Murakami stated.

“It was a good experience, but I wanted to win. So, for me, I felt frustrated rather than confident,” Ishii added.

Murakami doubted that their team would ever reach that kind of level, but their hard work paid off with World Tour medals and growth in their own personalities.

“I played volleyball professionally before and I wanted to be a P.E. teacher, so I thought of doing something to improve myself. That’s when I started playing beach volleyball,” Murakami said.

“In the beginning I thought I was not talented enough for this discipline, but I still chose to play beach volleyball, so I worked very hard to get better. My first tournament was the Japan Beach Volleyball Tour. I had no idea how I could win a match and how to be better, but I never gave up and just kept going.

“In my first FIVB event in 2011, I did not have any concrete goals and I just felt that the others were stronger than our team. Looking back at how I started and seeing myself now, a lot has changed because now I have my goals and I am confident of winning in a world-class competition. My views have also evolved after being exposed to so many different cultures.”

Ishii has a similar experience and is grateful that beach volleyball has helped her grow as an athlete and as a person.

“I got into beach volleyball because of my former teacher. I just tried it for fun then I became more serious about it. At first, I thought that was not good enough, but I learned along the way to keep going and to never give up. 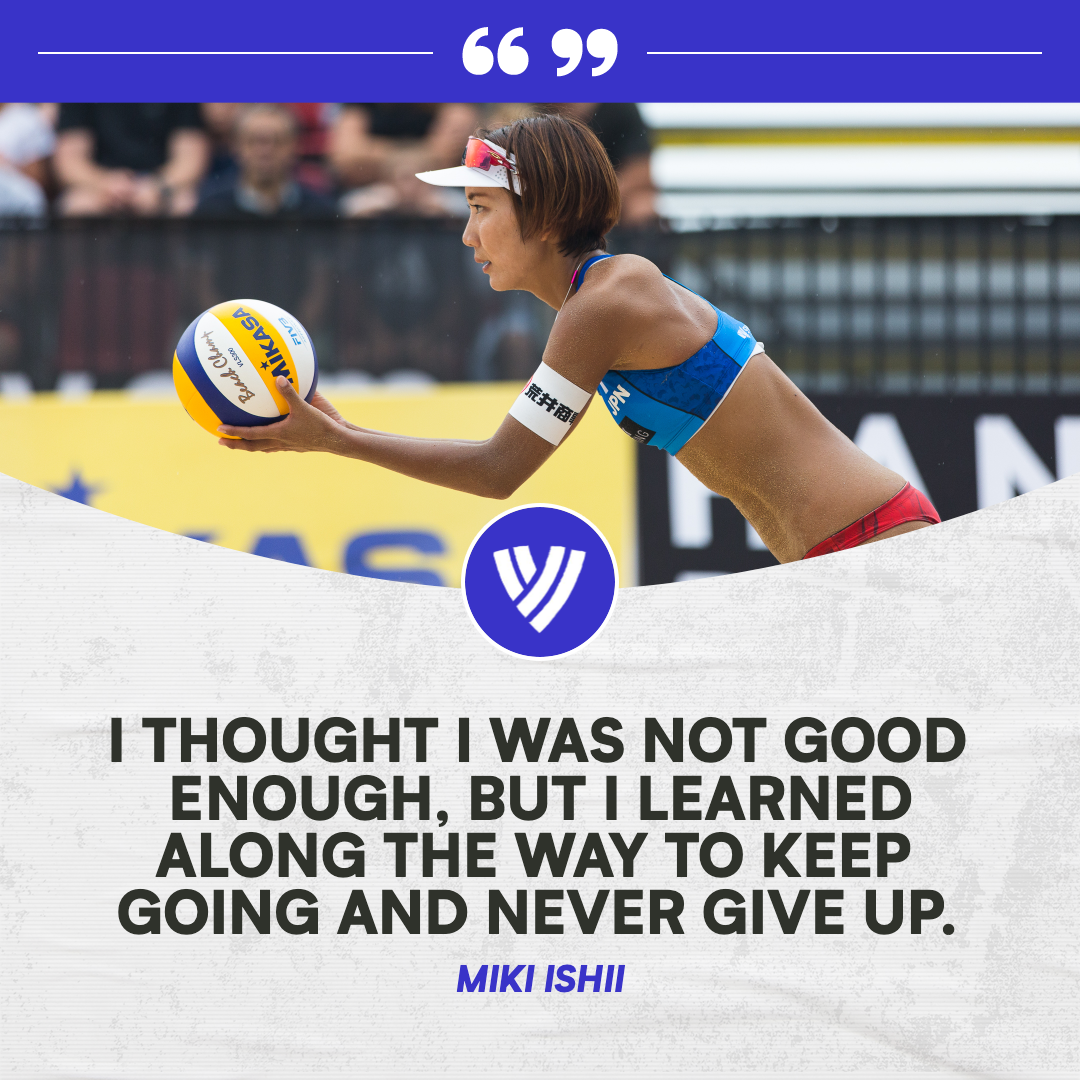 “My first FIVB tournament was a World Tour event in China and I honestly can not remember what I did there, but I know that I was really nervous. I have improved a lot as an athlete and as a person, although there are things that still needs some more work.

“I also have many friends from around the world now,” jested Ishii.

They have indeed earned many friends who are Olympic medallists and world champions, and learning from these distinguished athletes has enabled them to level up in their game.

We look up to Agatha Bednarczuk, Kerri Walsh Jennings and Xue Chen because they all have one thing in common – they always play great and when we lose to them, they always come up to us after the match and speak to us encouragingly,” Ishii said.

Winning an Olympic medal is their main goal in the sport, but they have much simpler goals in life.

“Our goal is to get a medal in the Olympic Games. Maybe I will still be playing in Paris 2024 or maybe I will be coaching, who knows,” Ishii said.

“On a more serious note, I want people to know how great beach volleyball is. I would like to visit as many places as I can in Japan and introduce the sport to our people.”

“I like to spend my time somewhere I can feel nature and have some peace and quiet. I love to relax when I have free time. So maybe in the future I will be working in or owning a very relaxing café,” Murakami said. 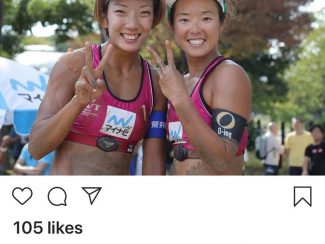 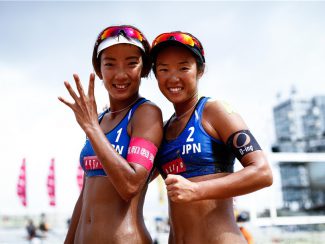