Rarotonga, Cook Island, January 15, 2020 – Two teams from the United States along with pairs from Japan and New Zealand each won two matches here Wednesday at the inaugural VolleyFest Cook Islands to capture their pools and advance to the quarterfinals at this week’s FIVB Beach Volleyball World Tour event. 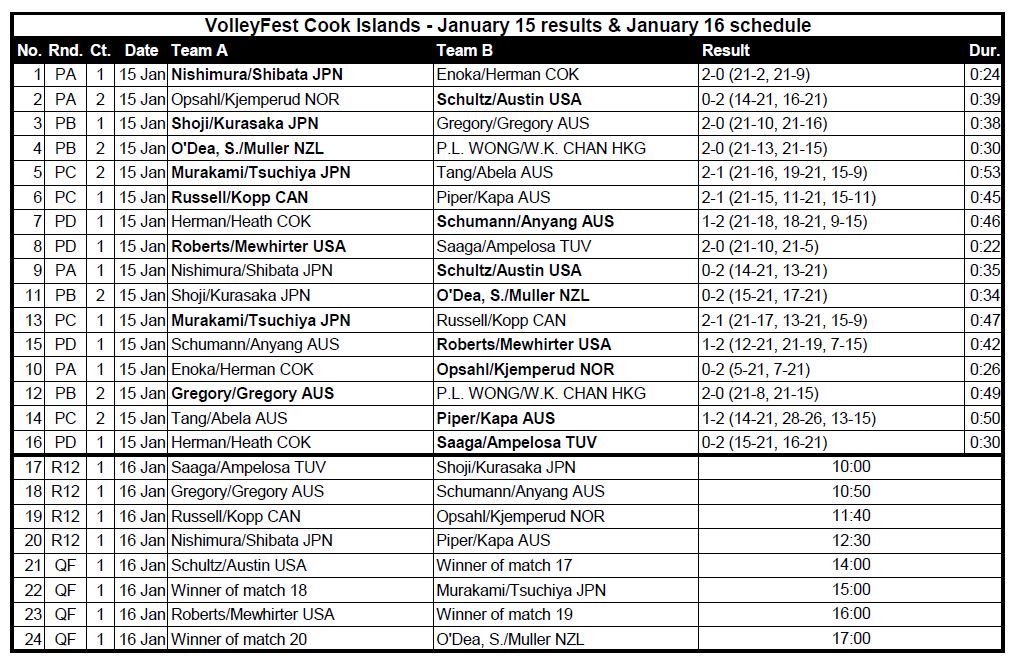 Also advancing to the knockout phase of the competition were three pairs from Australia, two teams from Japan and one duo each from Canada, Norway and Tuvalu as Thursday’s two rounds of elimination will set the field for Friday’s semifinals and medal matches.

The eighth-seeded Norwegians’ next match Thursday is against sixth-seeded Liam Kopp/Alexander Russell of Canada with the winner meeting Mewhirter and Roberts in the quarterfinals. Kjemperud is a three-time Olympian and this week’s event is his 206th FIVB World Tour tournament to tie him for third on the participation list with Martin Laciga of Switzerland.

Vladimir Kostioukov of Russia held the record for oldest male player to win an FIVB World Tour match as he was 50 when he competed in an early June 2003 event in Greece with Pavel Karpukhin as the pair posted a qualification victory in Rhodes.

SNOW VOLLEYBALL FESTIVAL MOVES TO BRETAYE, IN THE REGION OF VILLARS-SUR-OLLON 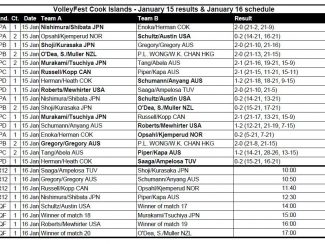 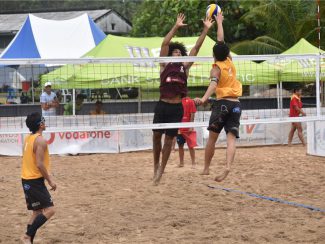