Taking her country to new heights

If you look back at the last decade of Japanese women’s volleyball, there is a core of players that won bronze medals at the 2010 FIVB Volleyball Women’s World Championship and 2012 London Olympics. That core earned Japan its first medals in those tournaments in 32 and 28 years, respectively. However, the most important player of that period was Saori Kimura. Without Kimura’s all-around play on the court, Japan would never have reached such heights. 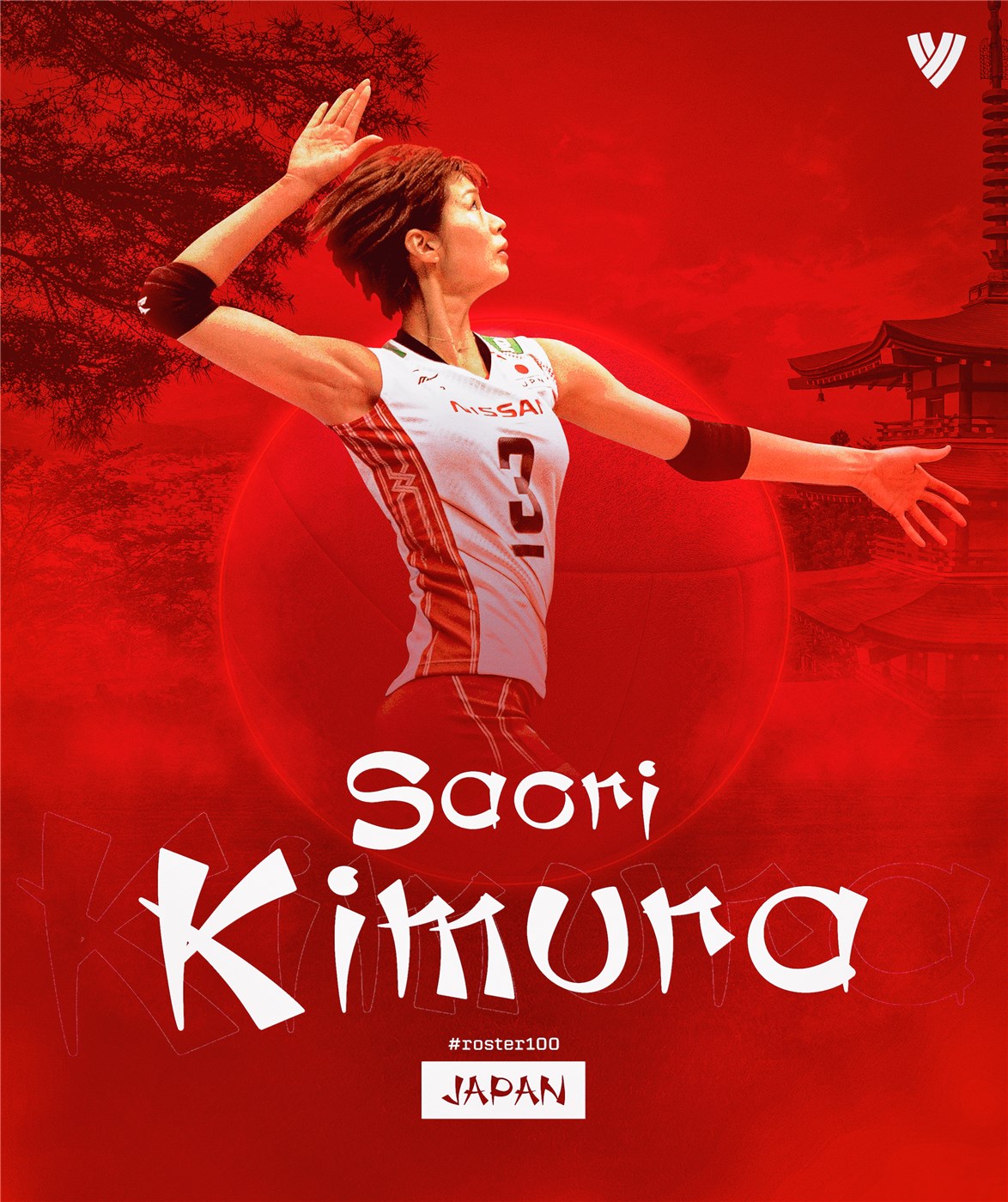 Kimura started playing volleyball in elementary school and was known as a great defender of her side of the court even by the sixth grade. She joined Tokyo girls’ high school powerhouse Seitoku High School (now Shimo-Kitazawa Seitoku). In 2003, Seitoku won the Spring Volleyball tournament (Haruko), and in the summer, Kimura was invited to train with the senior women’s national team.

At the 2003 Asian Women’s Volleyball Championship, Kimura made her first appearance aged just 17. With Japan hosting the 2003 FIVB Volleyball World Cup, Kimura got to play in front of some of her high school classmates who were in the stands in Tokyo. A year later she was on the Japanese Olympic team in Athens.

After graduating from high school, she joined the Toray Arrows and became the club’s leading player in the V.League, while at the same starting to move up into the starting lineup for the national team.
By 2008, Kimura had helped the Arrows win their first title, but the Japanese women’s team just could not get past the powers of Russia, Brazil, USA and Italy.

At the 2010 FIVB Volleyball World Grand Prix, however, the Japanese team, with Kimura driving it, started to make inroads against the big international powers, defeating Italy (3-1) and Poland (3-1) in pool play and making the Final Round. Japan defeated Brazil (3-2) for the first time in nine years and defeated Italy again 3-2, but finished fifth out of the six teams qualified. 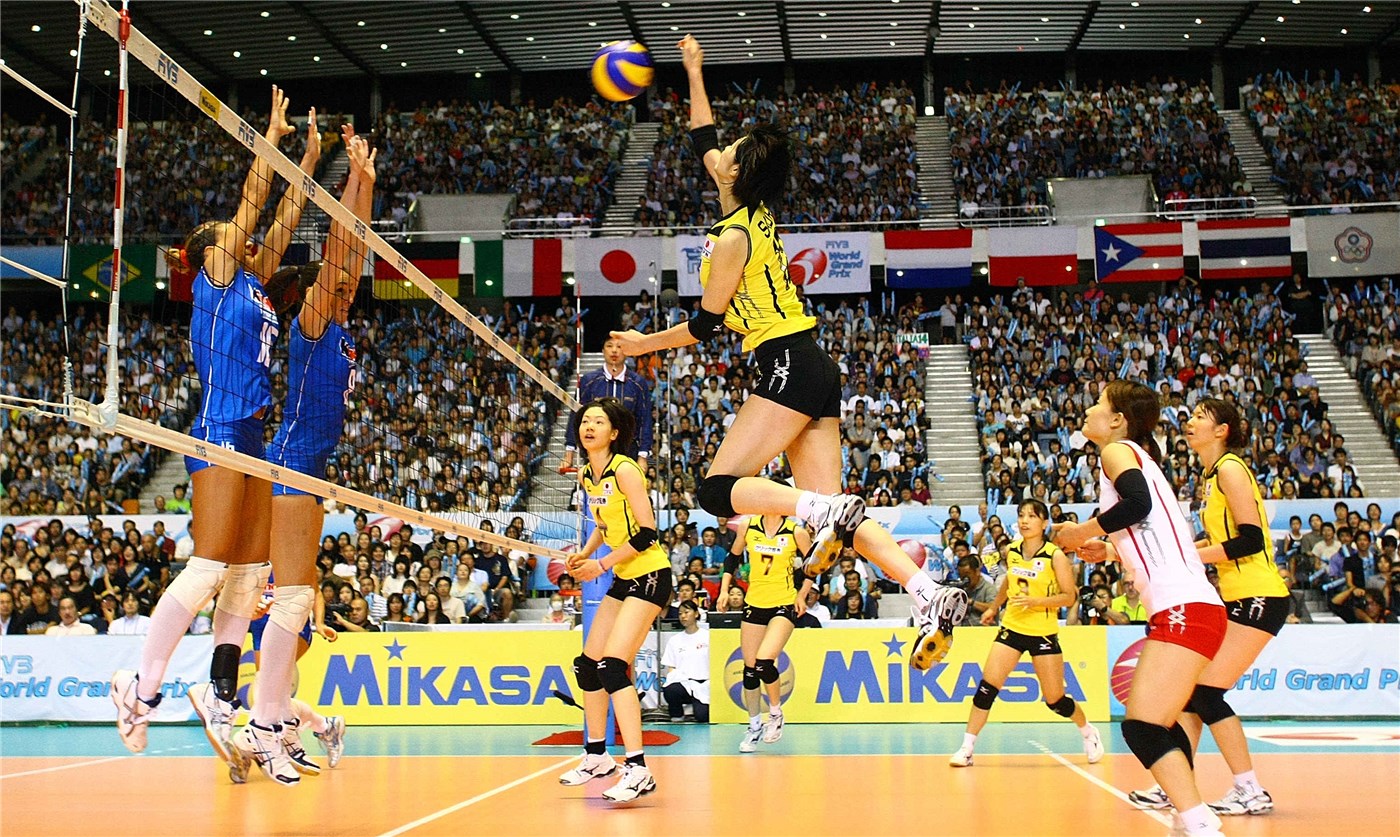 Kimura spikes against Italy at the 2010 World Grand Prix

With the 2010 FIVB Women’s World Championship being held in Japan, Saori was ready to show the world that Japan were back. Saori was the one player that the Japanese press was focusing on as she had been named to the Best 6 of the V.League for three consecutive years and was named the MVP of the 2009-2010 season. 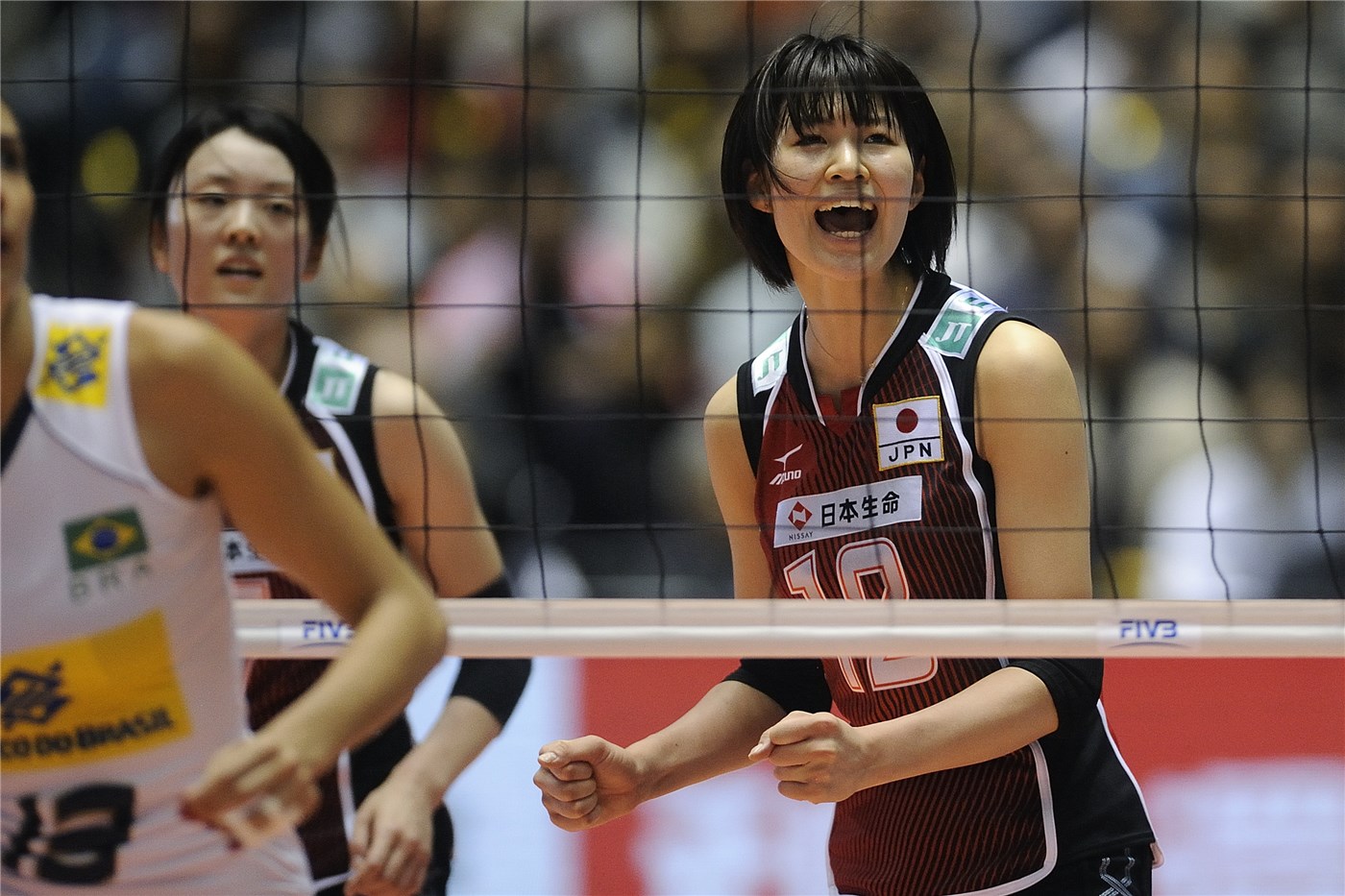 Kimura motivates her team during the 2010 Women’s World Championship

Playing their home matches in Tokyo, Japan needed five sets to defeat Poland (ranked 8th at the time) and four sets to defeat Serbia (ranked 9th) to advance with the best record in Pool A in the First Round.

Pool E in the Second Round was a difficult one, but two wins over Turkey (ranked 22nd) and South Korea (ranked 21st) gave Japan a semifinal berth against Brazil. The South Americans were ranked first in the world and were looking for their first women’s championship, while Japan with the home crowd behind them were looking for another upset like the one earlier in the year at the World Grand Prix.

Japan took a 1-0 set lead with a 25-22 score, and the second set cemented Kimura as a star. With Brazil up 24-23, Japan tied and began what was at the time the highest scoring set in international women’s volleyball history. Japan never had a lead until 34-33. Jaqueline of Brazil faced off against Kimura, who was swinging from near the three-metre line. Saori swung and Jaqueline’s hands could not keep the ball in play and it bounced out of bounds, point, and set to Japan 35-33, leading two sets to zero. After landing and spinning, Kimura swung her fist in celebration toward the ground, saying to herself and teammates, “We can do this.” The crowd slammed their thunder sticks in approval.

Sadly for Japan, Brazil came from behind in an epic match to win 3-2. Kimura had 25 points on 24 kills, a block and 19 digs in the match. Sheila Castro had 25 as well, but had six blocks. Only Japan’s Yukiko Ebata scored more with 29, 28 of which were spikes.

After the match, Kimura sat with her back against the advertising boards. She was thinking of the team’s pre-tournament goal of winning a medal.

In the third-place match, the following day, Japan faced the United States. Saori took her outside hitter position and showed why she was the ace.

The USA targeted her on serve-receive and she had 27 excellents in 40 attempts without an error. Defensively Saori had 12 digs, only to be bettered on her team by Yuko Sano, who was a great libero.

However, spiking at the net was where she was unstoppable. Kimura had 63 swings, and on 26 of them, the ball hit the floor. No other player on the Japan team reached double figures in kills. She carried the team to their first World Championship medal in 32 years. 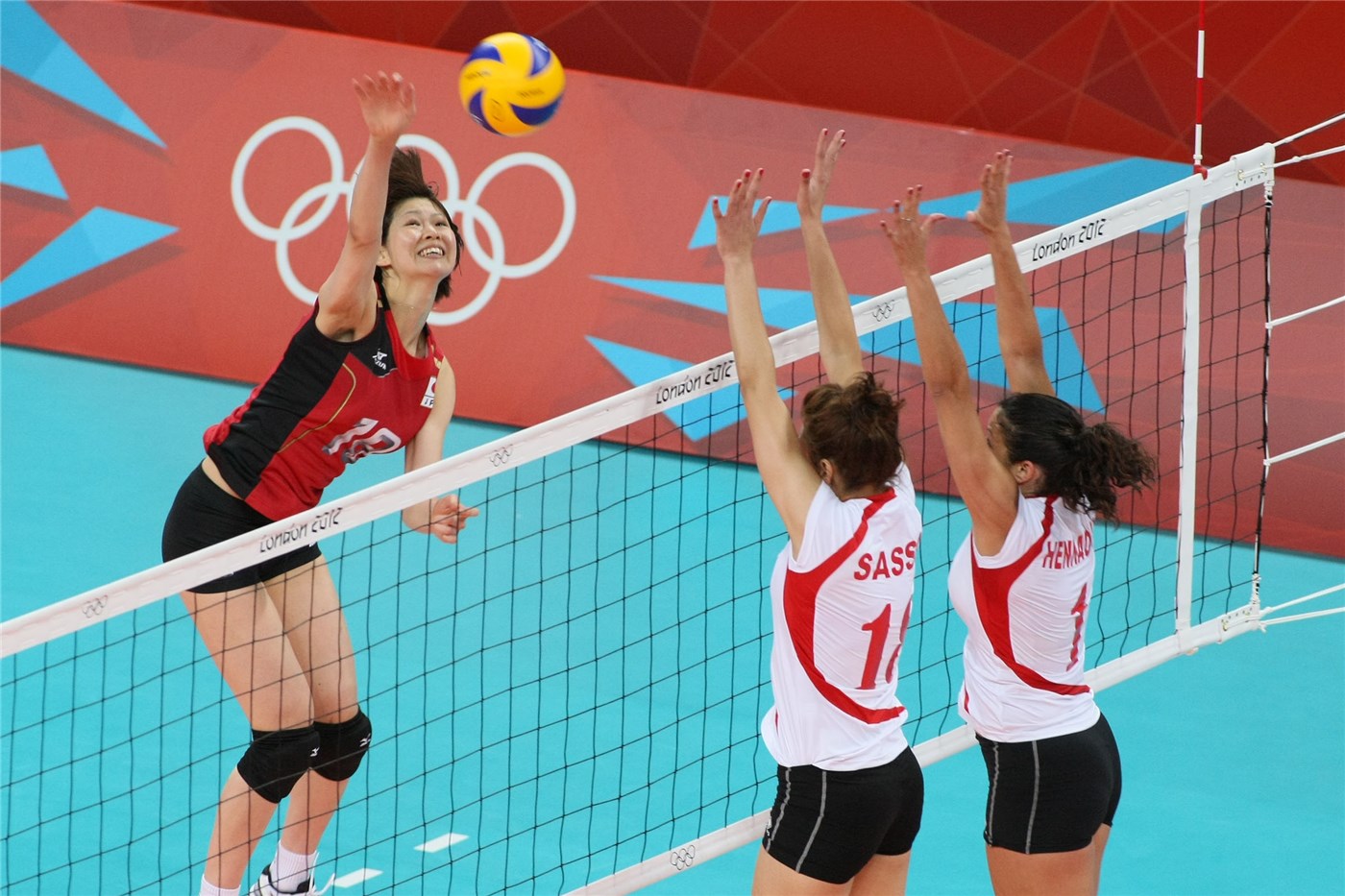 Kimura in action at London 2012

Two years later at the London Olympics, Japan faced their Asian rivals China in the quarterfinals. The match was a slugfest with no set decided by more than the minimum of two points. Down match point in the fifth set, 15-16, right before the whistle for service, Kimura shouted to Takeshita who was in the front row. Takeshita knew that if the pass was good, it was Saori’s. And her crosscourt shot could not be dug, Japan tied the score at 16-16. Two tough serves by Japan gave them the set win 18-16 and the match 3-2. Japan had also beaten China for the first time in 11 years.

Early in the match, Kimura realised that she could not find her line shot and decided she would only go crosscourt. And Kimura went for 32 kills in the five-set match. Her teammate Ebata also had 31 kills, to make them the second tandem to score over 30 points in a women’s international match (the others were Ekaterina Gamova (31) and Nataliya Goncharova (33) two days earlier).

Brazil would dominate Japan in the semifinal, but Japan would have another chance for a bronze medal against another Asian rival in South Korea.

In the bronze medal match, Kimura would not be her spiking self, but her serve-receive passing was good with 25 excellents in 33 attempts, and nine digs, which allowed her teammates to attack South Korea and take the 3-0 win for the bronze medal. Japan had just ended a 28-year medal drought at the Olympics with Kimura a key figure. 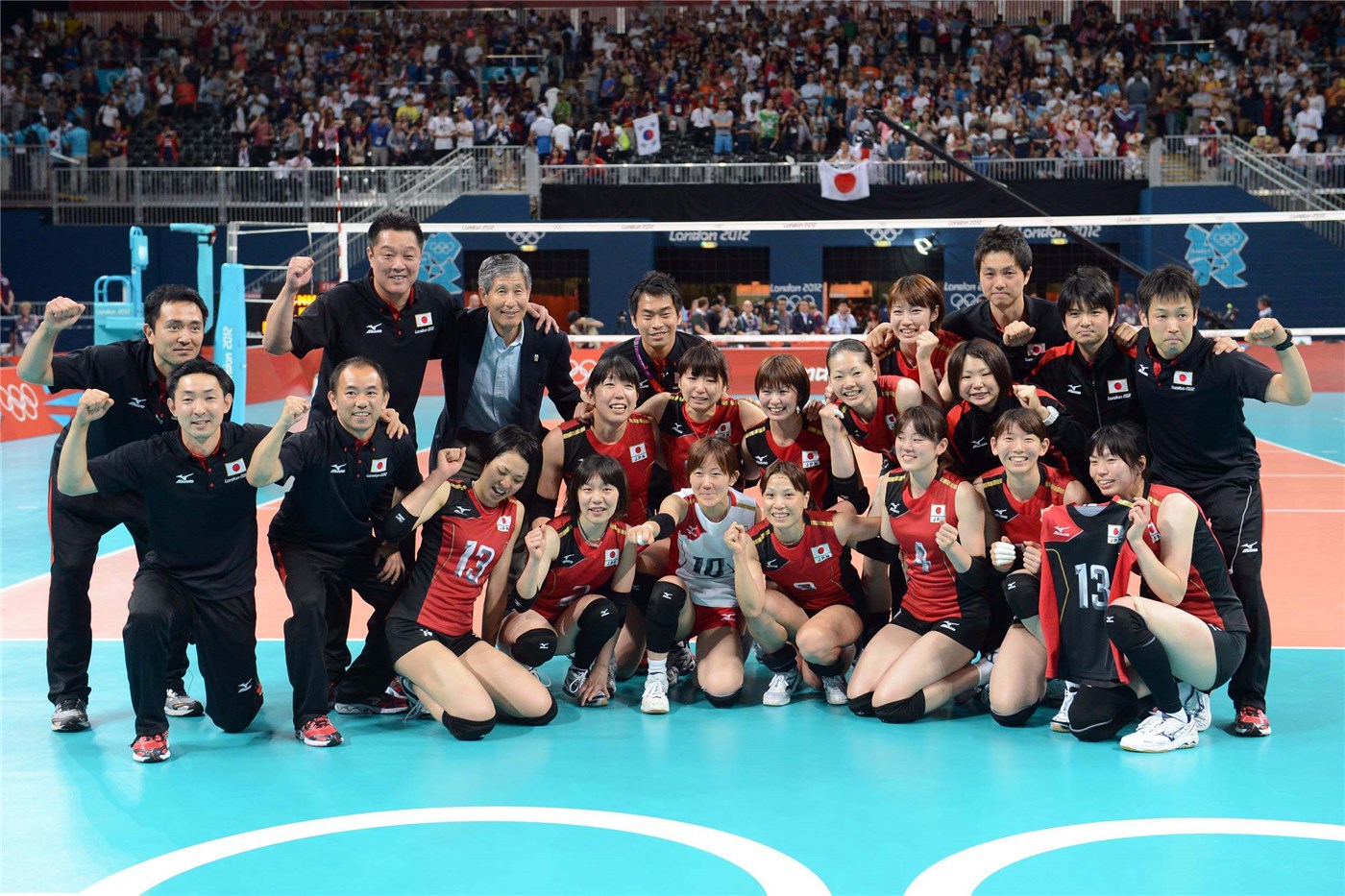 In 2013, Kimura was named captain of the national team by Masayoshi Manabe, who had been the head coach in 2010 and 2012. He felt that Saori’s experience would be useful after the team lost many its members from the bronze medal run to retirement. Kimura had also made a move to Turkey’s VakifBank Istanbul after the 2012 season, helping them win the Turkish championship and the CEV Champions League, and picking up additional international experience.

The 2014 FIVB Volleyball Women’s World Championships in Italy was a forgettable tournament for Kimura, however, as Japan failed to make the Third Round despite finishing second in the FIVB World Grand Prix earlier in the season.

Kimura reaches for the ball at London 2012

With Japan qualifying for the 2016 Rio Olympics, it was not known if it was going to be Kimura’s last outing with the national team as she had already played at the 2004, 2008 and 2012 events. Many of the younger players who had cycled into the national team after London had said that they had wanted to play with Saori.

Pool play in Rio was difficult for Japan with losses to South Korea, Russia, and Brazil. Japan needed to defeat Argentina on the final day of pool play to advance to the quarterfinals against the USA who were first in Pool B after pool play.

Down two sets to zero and down 13-20 in the third set against USA, Kimura was in the front row. Could they come back? An American hitting error was followed by two Saori kills, to make it 16-20 and a time-out taken by the USA. Right after the time-out, Kimura blocked Kelly Murphy, 17-20. Longtime club and national teammate Erika Araki followed with a spike, 18-20. Haruyo Shimamura then had a service ace, 19-20. Two chances for Japan through Kimura, and Kimura used the USA’s blockers hands to tie the set at 20. A 7-0 run for Japan and four points by Kimura.

Saori Kimura never gave up on her team, and she got them back in the match. She also scored Japan’s last two points in the match, but the USA were able to win the set 25-22.

Sadly, it was Kimura’s last match after playing with the national team for 12 years. For many of Kimura’s fans, however, it was a great way to say goodbye – with a final flourish – after taking the Japanese women’s national team to levels that they had not seen in decades. 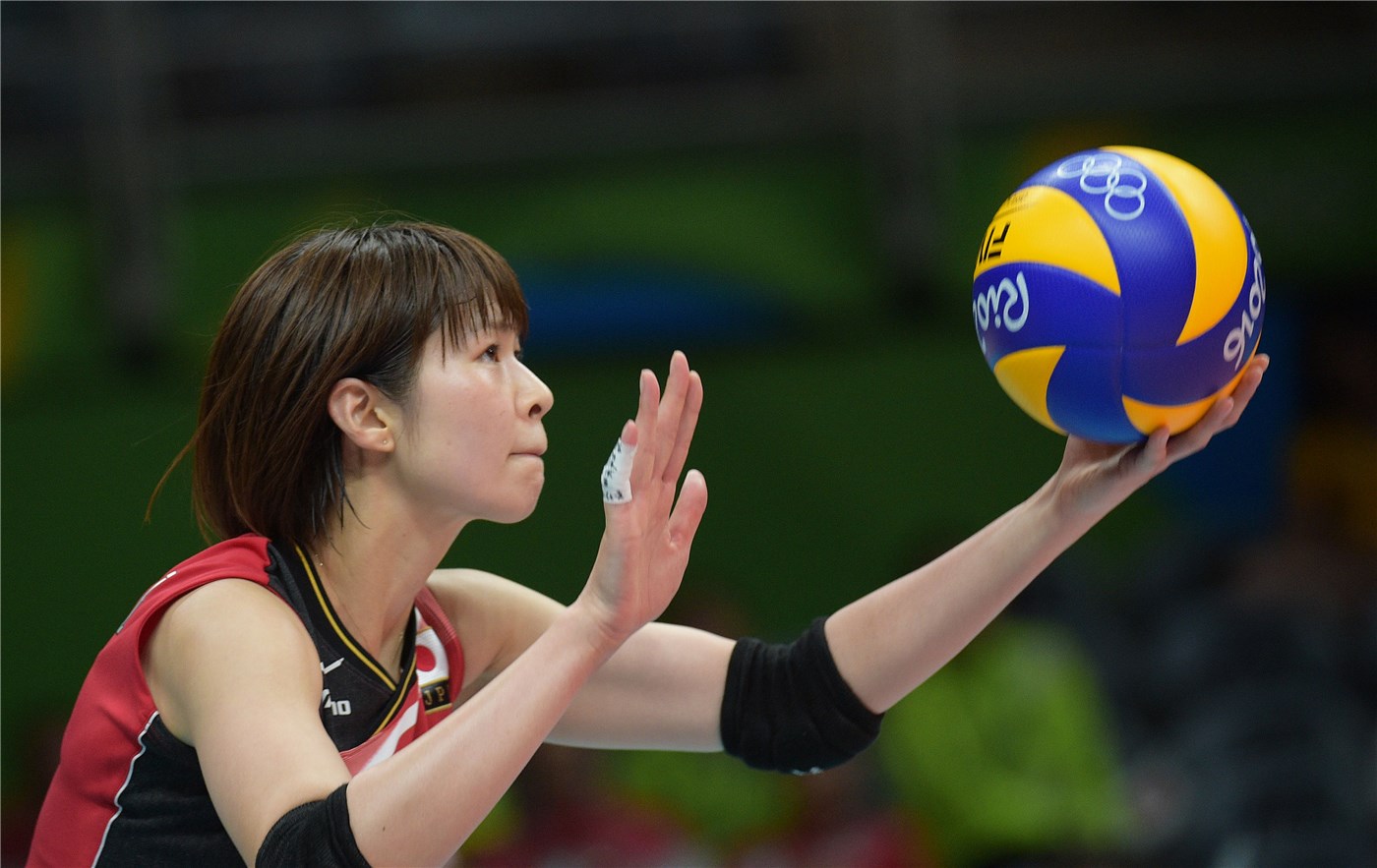 Saori prepares to serve at Rio 2019

Saori continued for one more club season in 2016-2017, but her Toray Arrows could not advance to the second round of the playoffs. She announced her retirement on March 22, 2017 and was celebrated at the V.League All-Star Game three days later. Many of the players present at that event had been teammates on the national team. In Japanese volleyball, Saori Kimura’s name will stand forever as that of one of the best players in the country’s history.

AL-RAYYAN SEE OFF AL-WAKRAH IN QATAR SENIOR MEN’S VOLLEYBALL LEAGUEWILDA NURFADHILAH: WILL OF THE HEART