WILDA NURFADHILAH: WILL OF THE HEART

Home / Slider / WILDA NURFADHILAH: WILL OF THE HEART
By KanzIn
Slider Volleyball News

“I always put my heart into everything I do”

Indonesia middle blocker and captain Wilda Siti Nurfadhilah Sugandi has developed a strong work ethic, discipline and will of heart in life that she has carried over into playing volleyball. 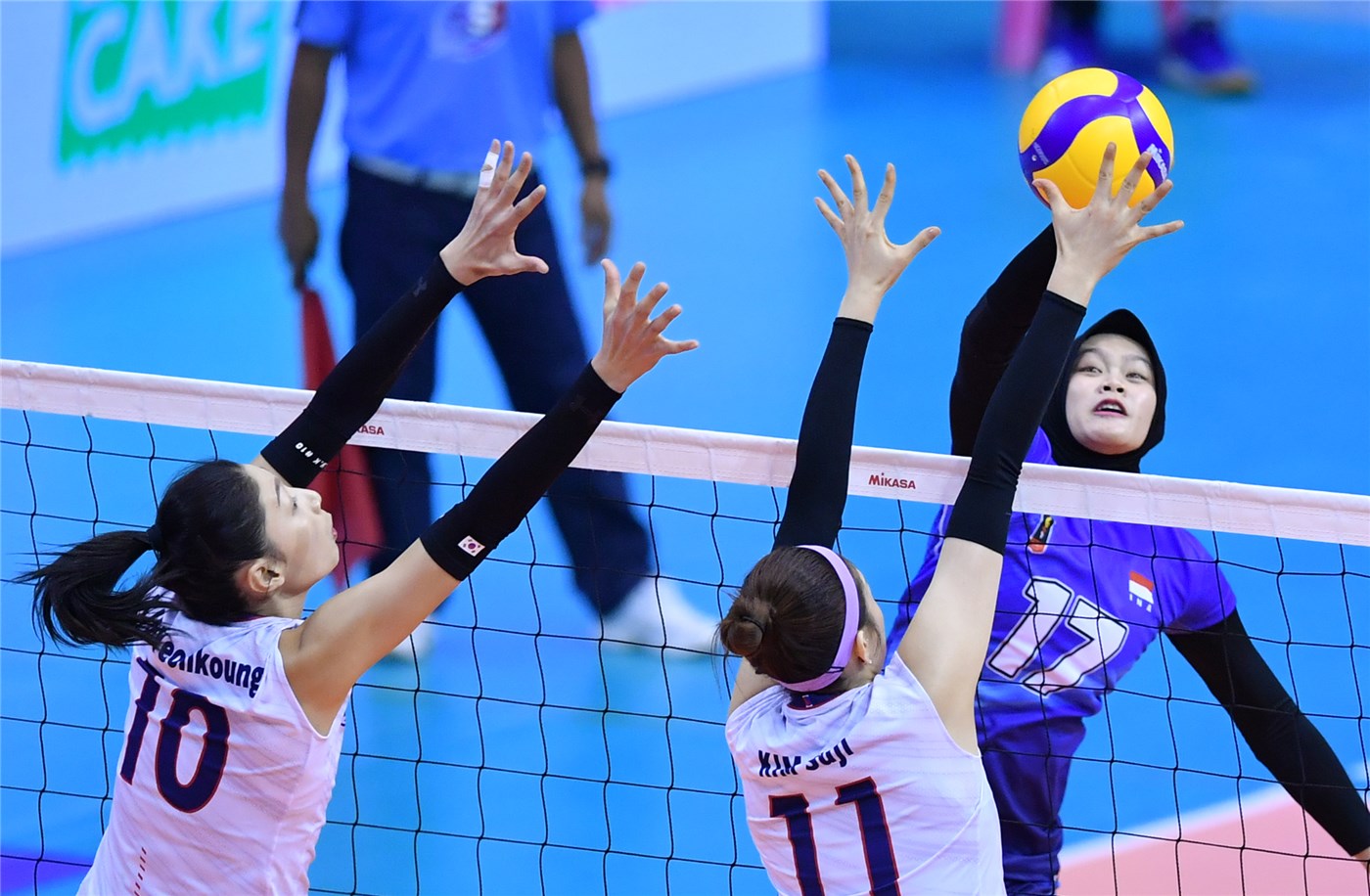 “I always put my heart into everything I do. I loved volleyball from the first time I played it and my heart has stayed in the sport to this day. Playing volleyball has instilled in me a sense of responsibility and respect for my teammates,” Wilda told Volleyball World.

Her heart beats for success and nothing can stop Wilda in her will to fight on, especially if it is for her country. Her pride also comes from her achievements in the Proliga, the Indonesian National Sports Games (PON), Southeast Asian Games and the Asian Games.

“It was at the 2017 Southeast Asian (SEA) Games in Kuala Lumpur that my teammates and I succeeded in making new history for Indonesia. We were finally able to win another silver medal after 20 years. 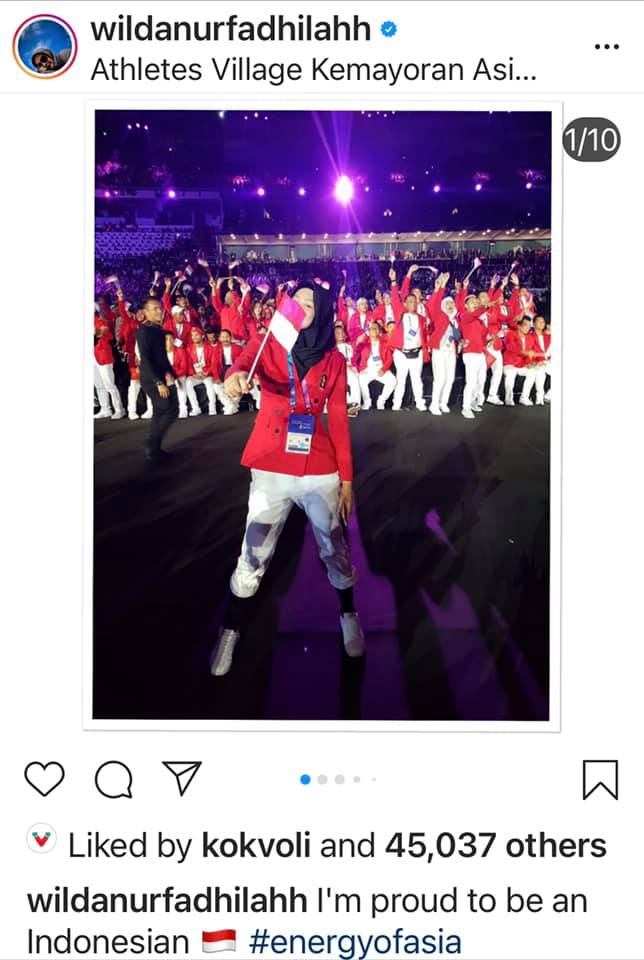 “Indonesia have participated in the Asian Games only twice and it was a rare opportunity for me to be part of the team when our country hosted the competition in 2018.

“In the Indonesian League (Proliga), I also became part of the competition’s history when my team won the title for three consecutive years.

“I hope I can be a great role model who can help develop Indonesian volleyball in the future. I hope I will set a good example to everyone through my achievements on the court and my attitude outside the court.” 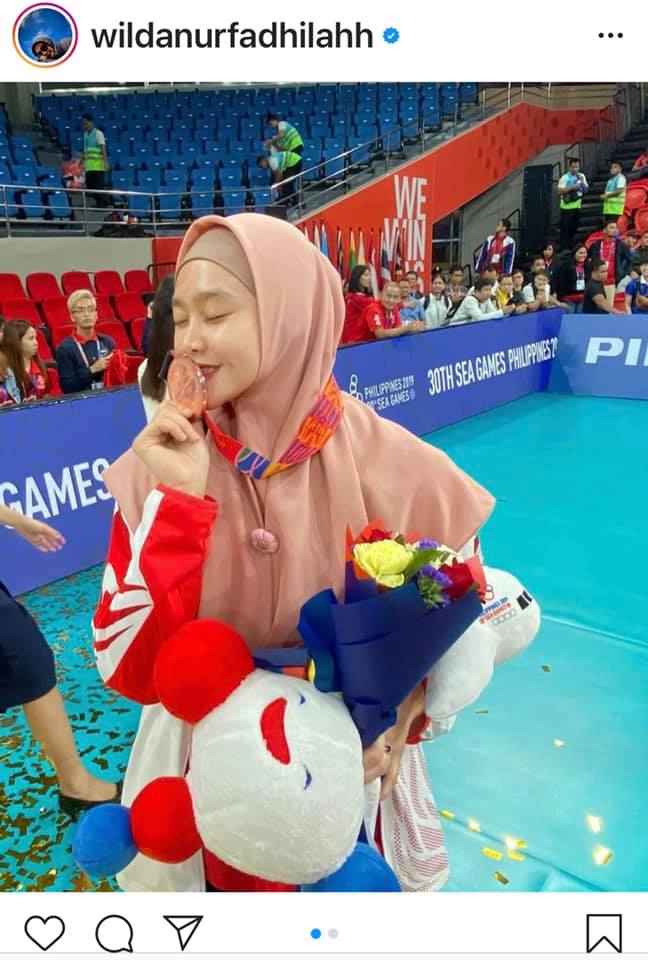 When she was younger, Wilda played club volleyball and would watch the senior players from the sidelines. When she was finally old enough to join in, she gave everything she could to excel and dominate.

“My parents introduced me to volleyball and playing it with them was an activity I liked a lot. At age nine, I joined a club to learn the basics of volleyball and it was great because my parents supported me in this.

“So at nine years old, when I was just learning, I would just follow the seniors and watch them in practice. When I was 12, I finally joined my first championship and from there, my volleyball career started. I played regional, provincial leagues and national championships, and then I represented Indonesia for the first time in 2010.”

Ten years later, she is still with the national team and using her influence to help in society.

“I am a Master’s level student and I have a business carrying my own brand. I am also active in social activities and also a social media influencer in my country. When I am not competing, I speak and do lectures, I manage my business and do these social activities with my friends.

The proceeds from the channel will be donated to those in need. I created it so that it is easier for the people who want to donate by subscribing or commenting on the channel.

Wilda admires Thai superstars Wilavan Apinyapong and Pleumjit Thinkaow, but she also gets a lot of inspiration from her teammates.

“Apart from having a very special game, Wilavan and Pleumjit of Thailand have good qualities outside the court, as they are very grounded.

“All of my teammates inspire me. They have different natures and different ways of fighting. So I can take valuable lessons from each one of them.”