JENNIFER TAIT CALLS IT A DAY

As well as representing her country, Jenny has also had the opportunity to play for international clubs in Belgium, Austria, and America. 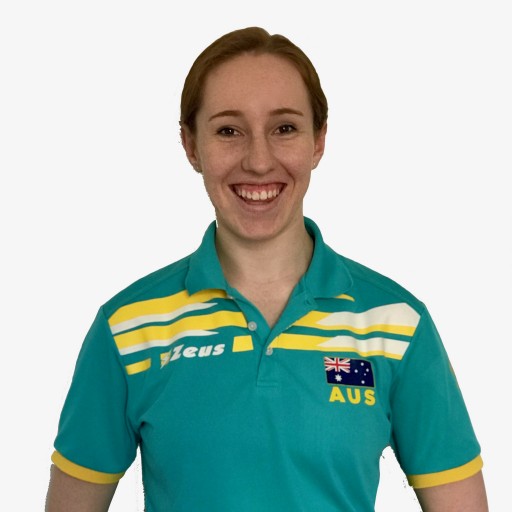 “Jenny is an important member of our leadership group and an integral member of the Women’s Volleyroos. I particularly enjoyed coaching Jenny as she has been the ultimate professional and always puts the team first”, said Women’s Volleyroos Head Coach Martin Collins on Tait’s career.

Jenny has played in over 60 games during her 4 years in the national team, cementing her role as an important player in the squad.

“If you watched the team play you could see how dominant Jenny was at the net however what you wouldn’t know was the invaluable team things such as writing to debutants before tours and sharing her training kit so everyone could match”, added Collins.

“When Jenny told me that she was retiring, the very next thing she said was that she was still wanting to help our program here in Canberra in any way she could. This shows the class of Jenny as a person and I look forward to her next chapter.”

“I’m thankful for my four years with the Volleyroos”, reflected Jenny on her time with the team.

“We did some incredible things like winning FIVB matches, bringing home trophies, and qualifying for the Olympic qualifiers. I know that this team will continue to strive and achieve more and I’m excited to cheer them on.”

Jenny’s plan now is to see sports ministry exist in Australia, which is a lifelong passion for her.