Taipei, Chinese Taipei, April 21, 2019 – Gallant Chennai Spartans survived huge scare from Taichung Bank, overpowering the host side with a terrific comeback 3-2 (23-25 25-16 23-25 25-20 15-11) in their top eight playoff match of the 2019 Asian Men’s Club Volleyball Championship at the University of Taipei (Tianmu) Gymnasium on Sunday.

Promising Vinith Jerome chipped in with 25 points from 21 attacks, 2 blocks and 2 aces for Chennai Spartans, while Latvian Sorokins Ruslans and Raja Naveen made good company after scoring 14 points apiece for the winning team. Wu Tsung-Hsuan led Taichung Bank with 14 points including 13 kills from 37 attempts, while Chiao Hsuan-Cheng contributed 11 points including 9 attacks and 2 blocks. 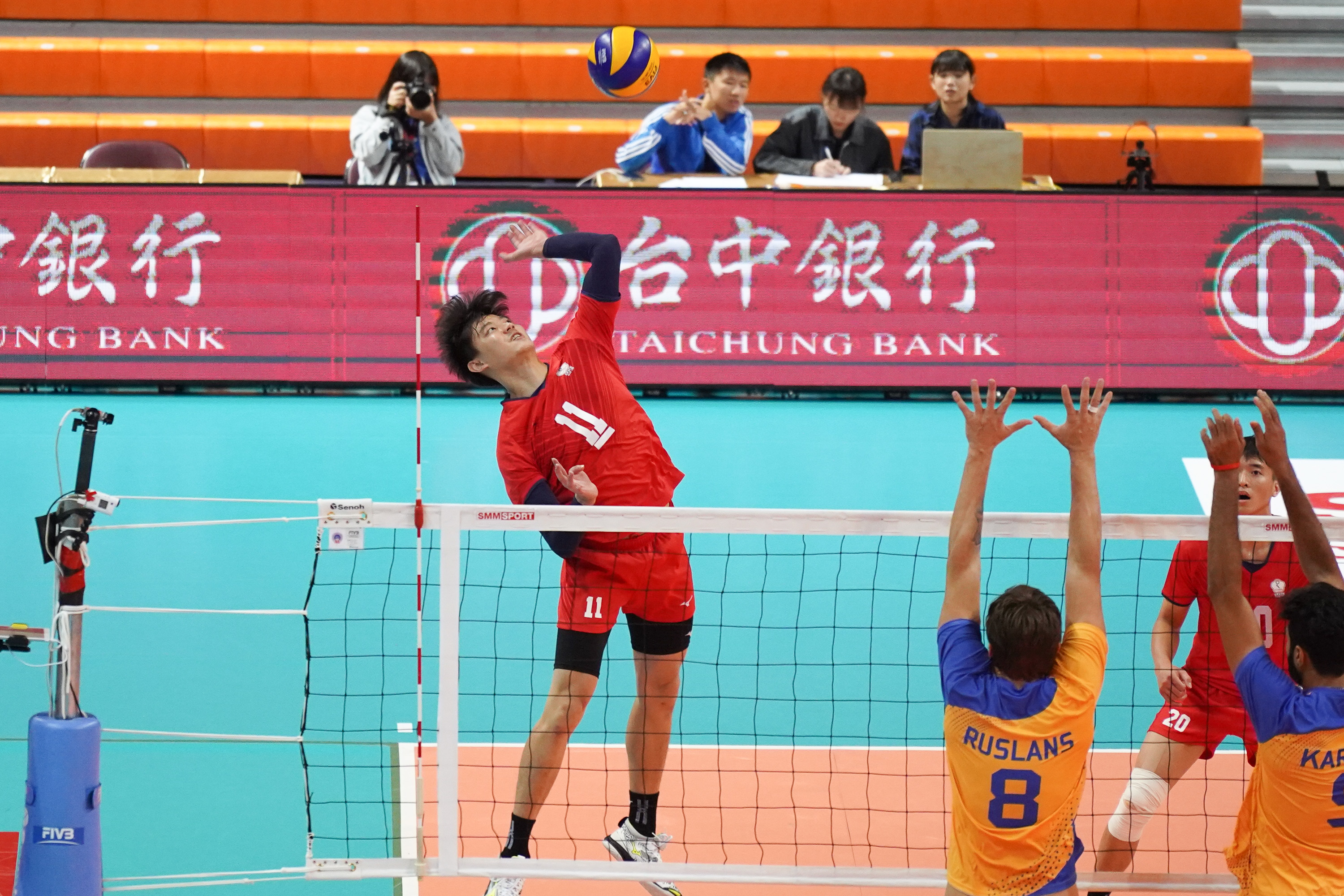 The Indian side made a poor start to trail Taichung Bank from the beginning of the first set, but Naveen and Jerome gained some crucial points from their powerful jump serves and sharp attacks, which helped the visitors catch up with Taichung Bank at 16-16. From then on, both sides traded points through attacks, but devastating left-hander Wu Tsung-Hsuan and Chang Chiing-Hsiang saved the day for the host team, with the former attacking heavily and the latter carrying well-placed serves for Taichung Bank’s hard-fought 25-23 win. 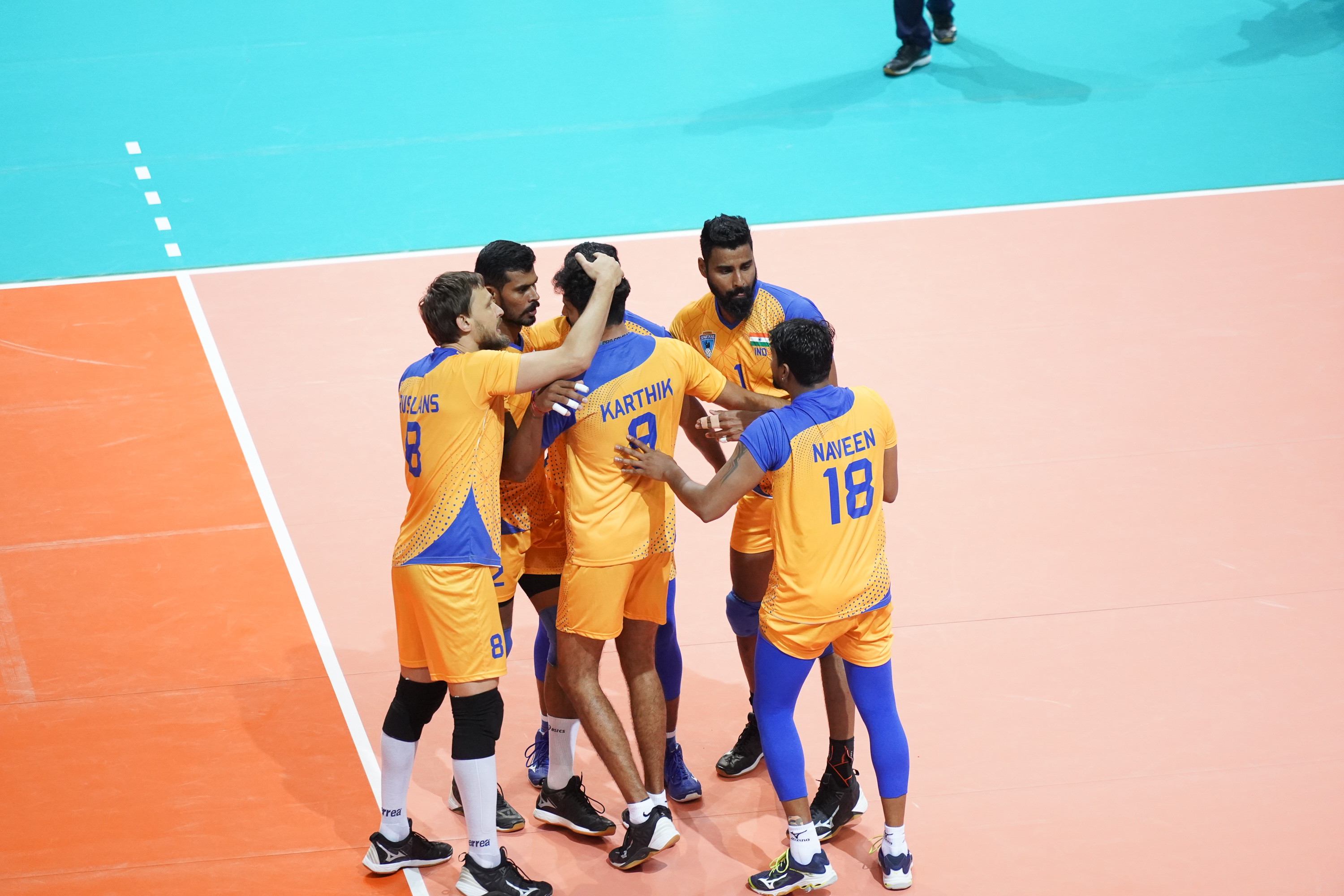 The second set turned out to be different script, with Chennai Spartans’ serves exceptionally solid. Jerome and Naveen were instrumental in moving the team ahead 14-9, courtesy of their powerful spikes and terrific jump serves, and never looked back after that. The Indians took the comfortable set 25-16,

In the third set, Taichung Bank, cheered on lustily by a large crowd of home spectators at the venue, started confidently. Wu produced powerful jump serves and destructive cross-court spikes which baffled the oppositions’ blocking efforts. Jerome also had his job done impressively with fine attacks and jump serves. As the score was levelled at 18-18,Taichung Bank found themselves 24-22 in front, thanks to their excellent combination attacks. The host side allowed Chennai Spartans one more point from Naveen’s attack before an Indian player faulted the net and the referee awarded Taichung Bank the vital point for the set win 25-23. Chennai Spartans’ head coach Dr. M.H. Kumara challenged the net fault, but it was not successful. 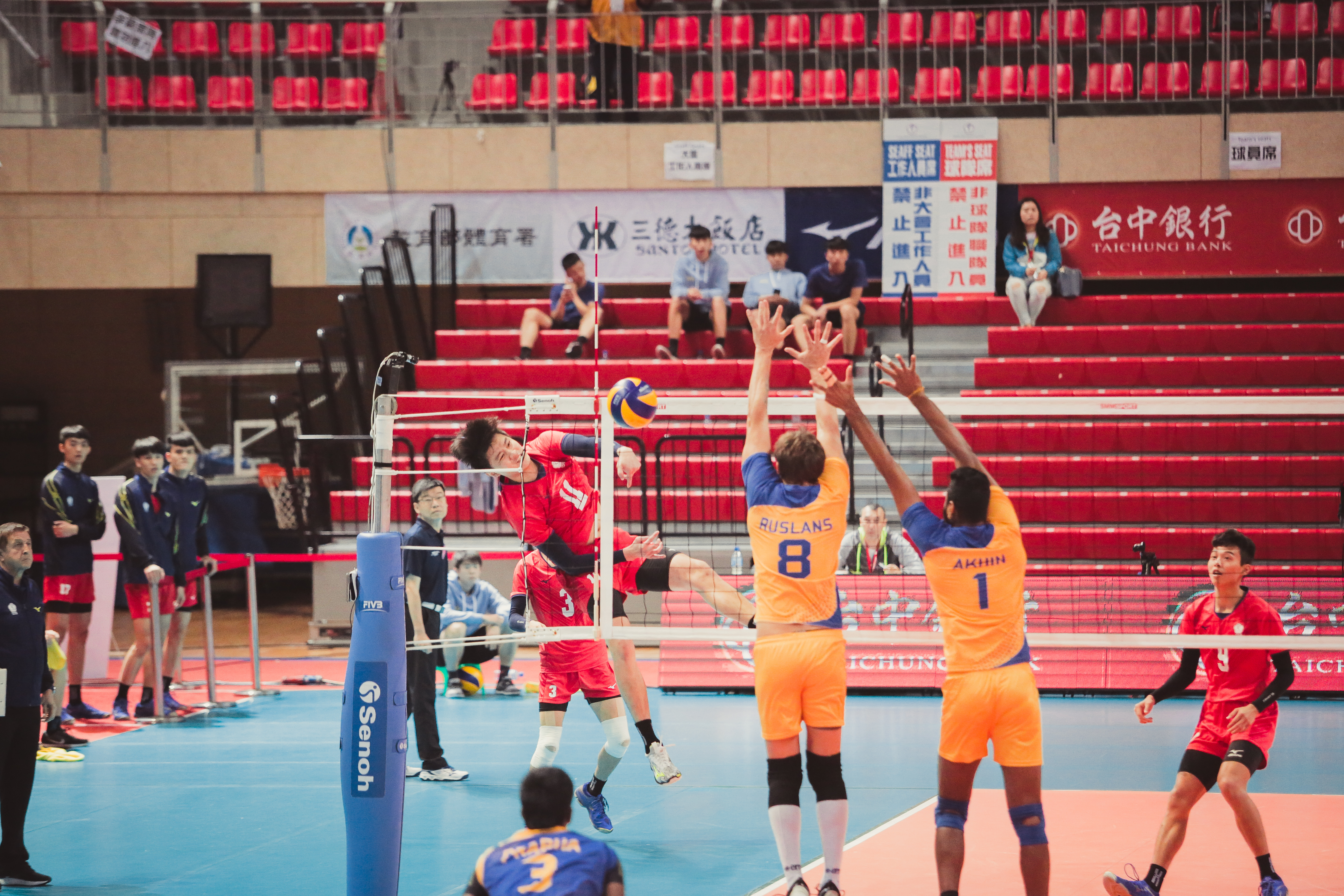 Holding a 2-1 advantage, Taichung Bank turned things around to come up with improved tactics. The home team mixed the offensive combination from spectacular spikes from Wu and Chiao Hsuan-Cheng with their impenetrable wall, but the determined rivals coped well with the hosts’ game plan. They dropped, attacked and blocked, using their height and speed at the net to stay a four-point clear at 24-20 and they were overjoyed a few minutes later as they saw a Kao Wei-Cheng’s serve go to the net. The Indians won 25-20, forcing the hosts to play in tie-breaker.

The decider was tense as both teams gave it all out to win the set and match and both made the most of the Challenge System when they disagreed with the referee’s decision. In crunch time, the red card was given to the Indian side as the referee ruled that they tried to delay the game and disobeyed what he had decided. However, Chennai Spartans still played cool under pressure. As the Indians took a commanding 14-10 lead, Taichung Bank saved one match point before Jerome hit a cross-court spike to lift the Chennai Spartans’ victory. 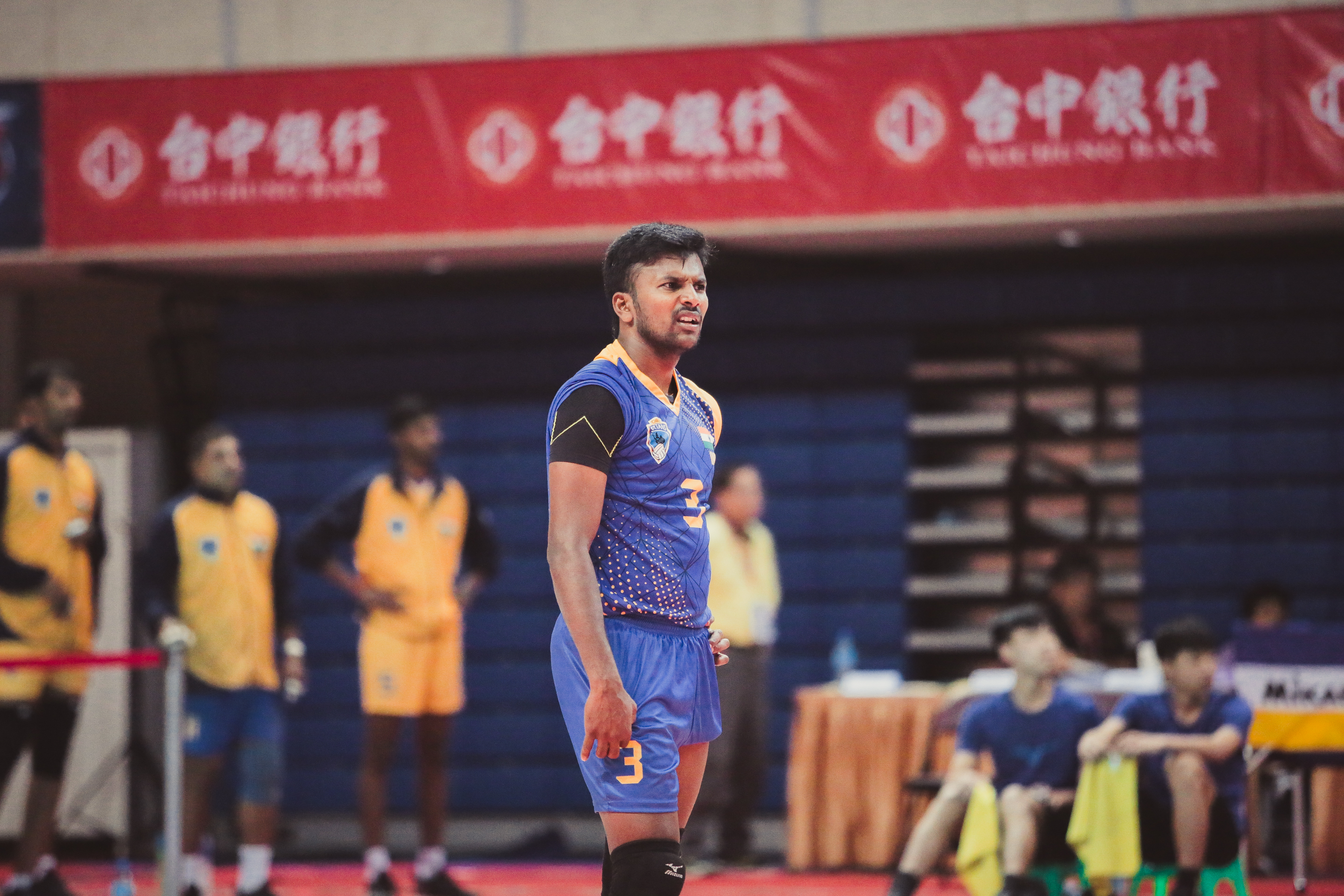 After the match, Chennai Spartans’ head coach Dr M.H. Kumara said he was satisfied with his team’s performance, citing that it was a good match against a strong opposition.

“Technically, I think it was a good match. Taichung Bank had outstanding techniques with good middle blockers. As usual, we opened up with some mistakes in the first set and tried to improve on the following sets and that’s why we always played five sets with our rivals. However, I think the key to our team’s success was setter and No.9 A. Karthik, especially in the fifth set. I think my team played well. We next take on Australia’s Queensland Pirates and hope that we can beat them.