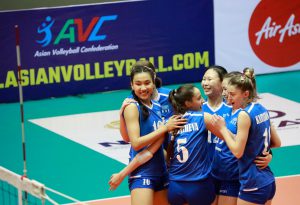 The convincing win allowed Kazakhstan a chance to contest the 5th-6th playoff match they had already fought in at the previous edition. This time, they will fight it out with the winners in the match between Uzbekistan and Chinese Taipei. 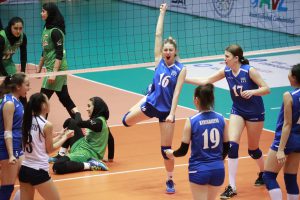 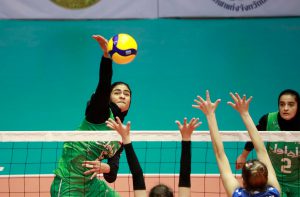 Holding a 2-0 advantage, Kazakhstan marched on their good show in the third set, while the Iranians looked to make a comeback. Still, Kazakhstan turned things around to come up with quick attacks and solid defence, allowing the Iranians tough times to score. Kazakhstan went on their combination attacks and good teamwork to clinch the set 25-21 and match. 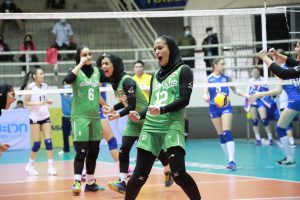 Aruzhan Berkimbay chipped in with 13 points for Kazakhstan, while Shaghayegh Hassan Khani and Setayesh Hosseini scored respective 14 and 10 points for Iran. 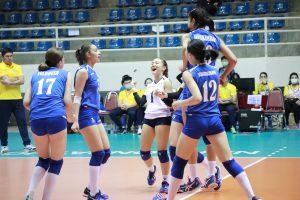 “Iran pressured us with their good serves at the beginning of the match. My players were very nervous but they started to reunite in the middle of the match and we made use of the mistakes of the Iranian team to beat them today,” said Kazakhstan’s head coach Adlet Takenov. 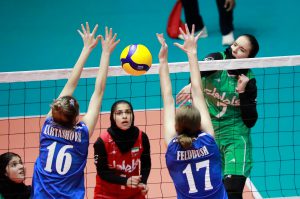 Commenting on their next 5th-6th playoff match against either Chinese Taipei or Uzbekistan, he said, “It’s likely to be the Taiwanese girls who will be advancing. We lost to them in the pool plays but this time we will manage to avenge them.”