The destinations and competing teams have been announced for the eagerly anticipated FIVB Volleyball Club World Championships – with the best clubs teams in world volleyball heading for Antalya and Betim in December.

The climax to the women’s event will take place in Türkiye between 14-18 December with what promises to be a fascinating competition. Six of the world’s best club teams will fight for the title  – including two big rivals from Istanbul – the CEV Champions League winners VakifBank Spor Kulubu and host club Eczacibasi Dynavit.

The two Turkish giants will take on Prosecco DOC Imoco Conegliano of Italy – runners-up in the CEV Champions League – Gerdau Minas and Dentil Praia Clube, both of Brazil and which finished first and second in the CSV Club Championship, and Kuanysh Club of Kazakhstan, which triumphed in the AVC Club Championship in Semey, Kazakhstan in April. 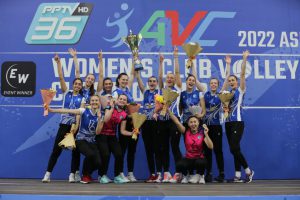 In the men’s competition, title holders Sada Cruzeiro Volei will host the event in Betim between 7-11 December.

Their competition is fierce, with Trentino Itas – CEV Champions League runners-up – and Sir Safety Susa Perugia of Italy – which finished third – plus Itambé Minas and Vôlei Renata, the runners-up and third-placed team of the CSV Club Championship, of Brazil and Iran’s Paykan Club, the AVC Club Championship winners, all eyeing the biggest prize in world club volleyball. 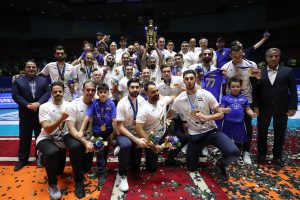