Bangkok, Thailand, March 23, 2021 – The AVC Referees Committee Meeting was held virtually for the first time on Tuesday to review refereeing matters, discuss improvements in the way referees perform their duties by means of modern technology and keep its members informed of modifications for volleyball and beach volleyball rules. 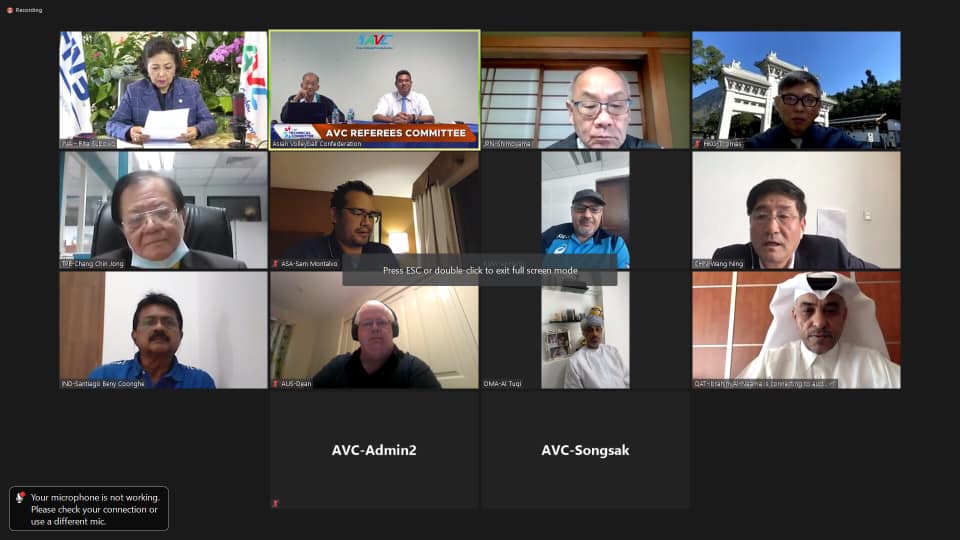 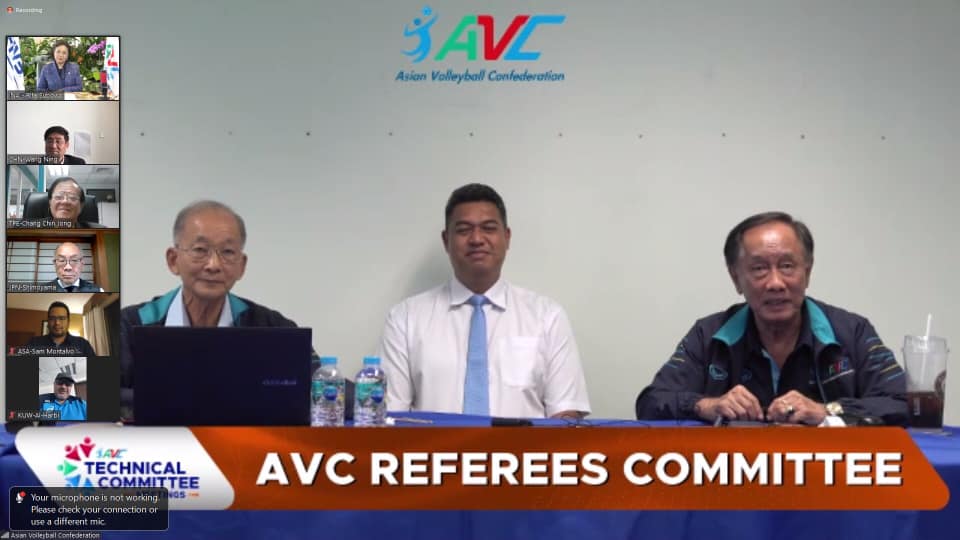 AVC President Mrs Rita Subowo presided over the opening of the meeting, saying in her welcome speech that she is upbeat that the Members will work closely together and exchange ideas in efforts of fostering development of Asian referees. 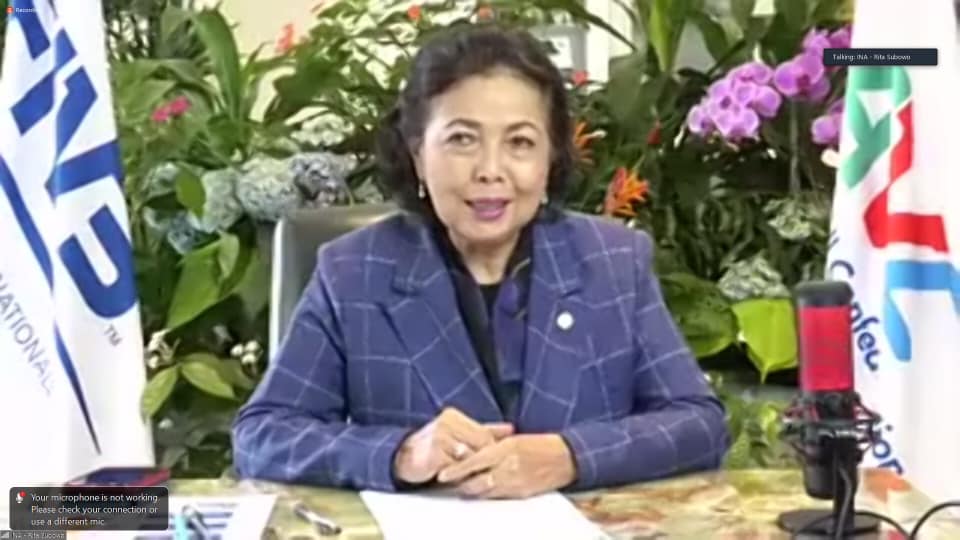 “As we are in a very big family of AVC, I do hope that everyone stays healthy and safe and we can do our best for our beloved volleyball. As confirmed by the IOC President Mr Thomas Bach that the Olympic Games will be held from July 23 in Japan, we have to be well-prepared in our field, especially to help organisers prepare the Games,” said Subowo. 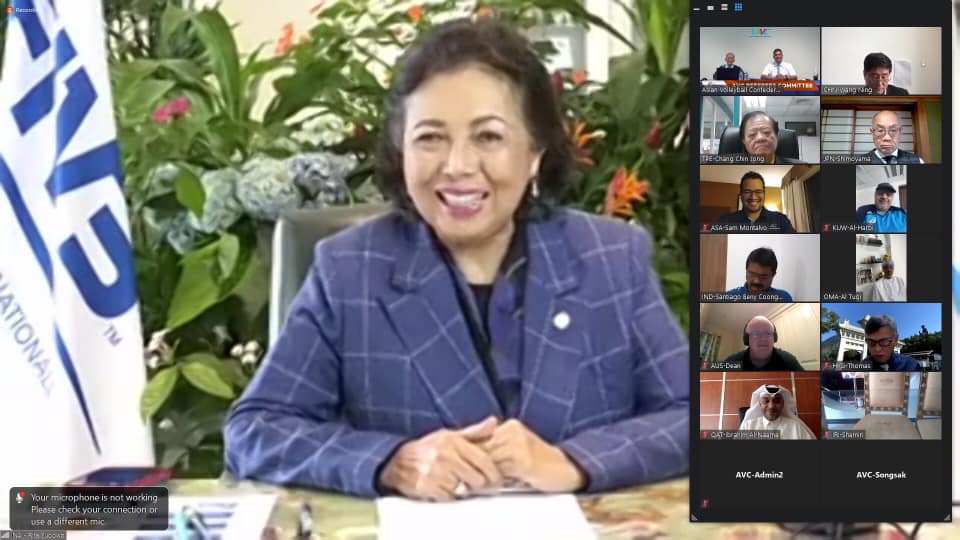 “As referees, you all have your areas of expertise of the rules and regulations and this is a big challenge to be realised what we can do for the Summer and Winters Olympics where we can update the rules and regulations according to your points of view on this matter. I do hope that we can support each other for the sake of our game. Regarding rules and regulations, sometimes we have to learn the changes from FIVB and adapt them for Asian countries. A lot of things should be done earlier in preparation for the next year’s plans. This year, we had many cancellations which really affected not our sponsors but also preparation of our athletes and NFs. I wish you a nice and fruitful meeting,” she concluded. 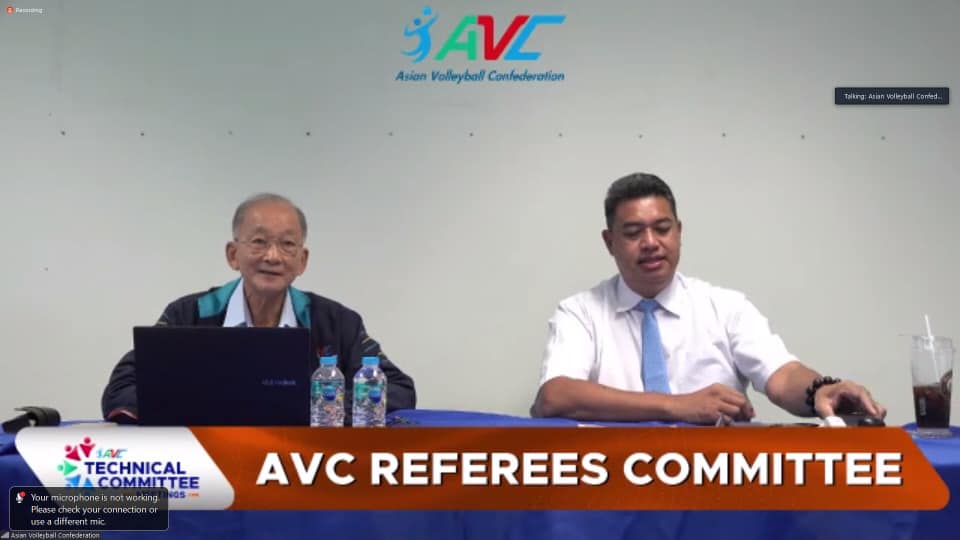 After that, Kiattipong, on behalf of the AVC Headquarters, thanked the virtual presence of all Members and welcomed them to the meeting, citing that a successful meeting of the AVC Referees Committee will lead Asian volleyball to the next level.

Shanrit also informed the meeting that all AVC Headquarters staffs are ready to support the AVC President and all Referees Committee Members. “We still have big difficulties in organising AVC Championships, but hopefully the 2021 competition calendar can be fixed within this week after getting an approval from FIVB. We try to do our best in effectively organising the AVC Championships during the COVID-19 pandemic.”

During the meeting, Members also reviewed the information on the FIVB Refereeing and Rules of the Game Commission which has split into modifications of volleyball and beach volleyball rules for 2021-2024, FIVB Volleyball Referee Course in 2021, Talented Referee Project and Female Referee Project. 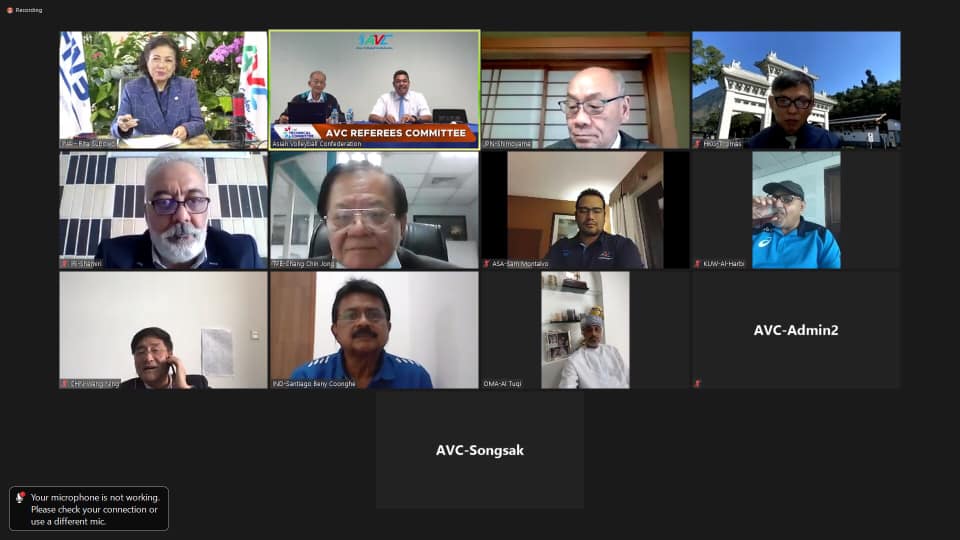 In terms of the FIVB Volleyball Referee Course in 2021, Songsak informed that seven Asian referees, one each from Australia, Iran, Japan, Jordan, Qatar, Saudi Arabia and India, have applied for the comprehensive 13-day course in Durango City in Mexico (from September 17 to 29), in which only 25 best international referees worldwide will be selected to take part and become FIVB Referee Category C after that.

The Talented Referee Project was another interesting topic raised for consideration and the Committee Chairman has his sights set on the Asian referees to become role models in refereeing in line with a professional structure to train top-level referees in compliance with the FIVB’ development plans.

The meeting also reviewed the Female Referee Project, a key objective for the FIVB to recruit, educate, train and develop female referees aside from developing a “Train the Trainers” program with a focus upon working with girls and women.

On the snow volleyball matters, Songsak asked Members who live in countries experiencing snow to study rules of the game for snow volleyball on FIVB website in order to get ready to provide support when needed, in terms of necessary information and cooperation. 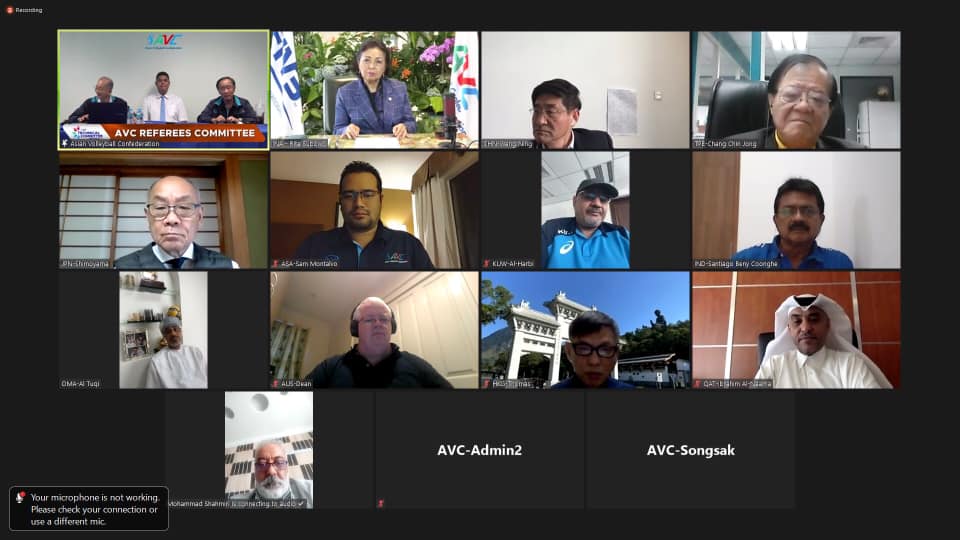 Meanwhile, the Referees Delegate Report 2020 and the updated list of Asian referees (volleyball and beach volleyball) have also been reviewed. Songsak informed the meeting that all AVC Beach Volleyball International Referees Candidate in 2018 will be proposed to AVC Board of Administration for approval and after that they will get promoted to AVC Beach Volleyball International Referees. Only Mr Imaizumi Takayuki from Japan will be proposed to FIVB to get promoted to Continental Referee.

Songsak praised Mr Chang Chi Ming, Thomas from Hong Kong, China for his doing excellent jobs for Asian beach volleyball. On this occasion, he asked Shimoyama, Chang Chin-Jong and Beny to work closely with Thomas on nomination of referee delegates for AVC competitions, especially when the AVC’s financial situation has to be taken for consideration as top priority in nominating referees.

The meeting has also been informed of the cancelled AVC Referee Courses in 2020 in Qatar and China due to the grave concerns on COVID-19 epidemic. Songsak has confirmed that the mentioned courses will be held this year instead at the same place, with dates to be determined.

Other main topics discussed in the meeting included information of AVC New Technology (AVC E-Scoresheet, AVC Video Challenge Regulation and AVC Referees’ Database), AVC Calendar in 2021 and the AVC RC Template to be used in 2021.