Al-Rayyan, Al-Gharafa, Al-Wakrah and Al-Khor were four qualified teams to join Al-Arabi, Qatar SC, Police and Al-Ahli in the Amir Cup quarterfinals, which will be held on March 28.

According to the draw results, Al-Khor will take on Senior League champions Police and title-holders Al-Arabi will be pitted against Al-Gharafa on Sunday, March 28. The following day sees Al-Rayyan challenge Qatar, with Al-Ahli playing Al-Wakrah.

Only two teams with two wins will secure their berths for the final showdown on April 10. However, if any team hold their rivals to a 1-1 draw (following one win on April 1 and one loss on April 4 or vice versa), another match will take place on April 7 to decide the eventual winning team for a spot in the final. 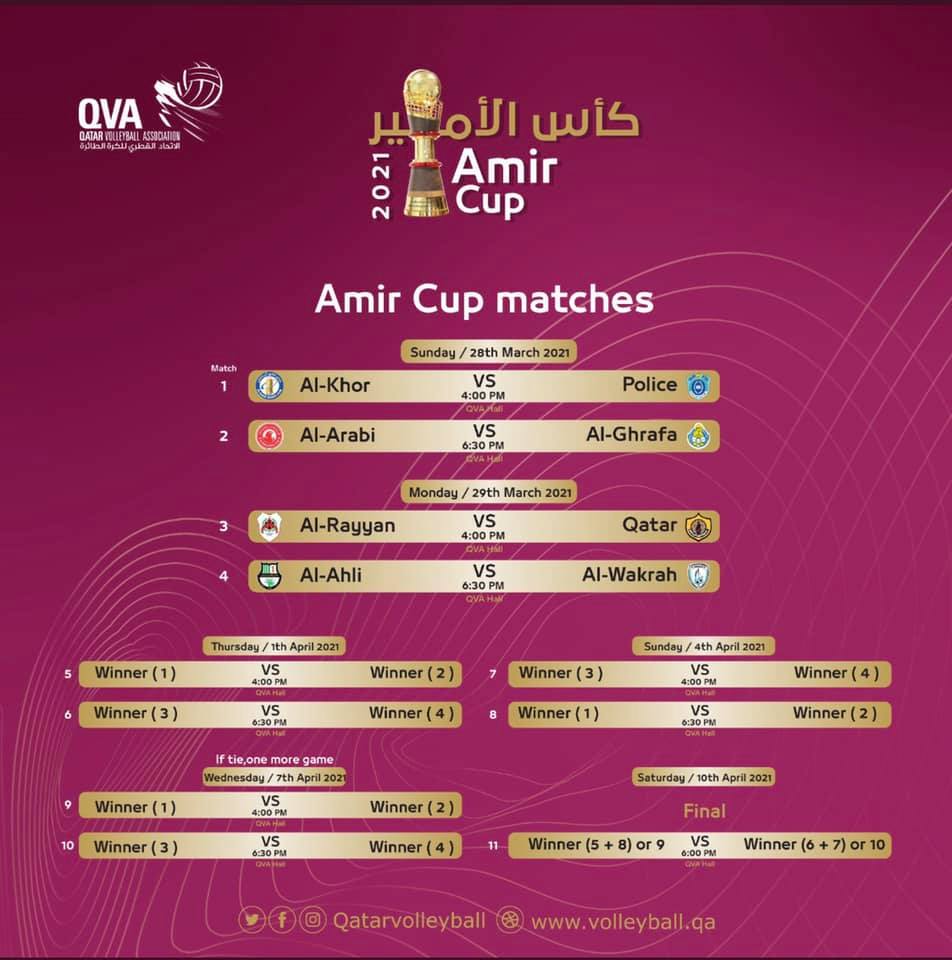