KOREA FIGHT BACK TO BEAT THAILAND IN FOUR SETS IN VNL

Bangkok, Thailand, May 26, 2021 – Korea, playing without superstar Kim Yeon-Koung, recovered from a dismal start to see off Thailand in four sets for their first victory in the 2021 FIVB Women’s Volleyball Nations League in Rimini, Italy on Wednesday. 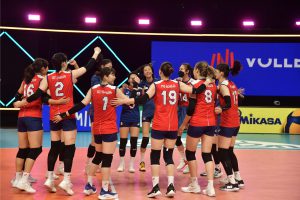 Both teams similarly suffered their first loss the previous day, with Korea going down 1-3 to reigning Olympic Games champions and world No.1 China and Thailand succumbing to the straight-set defeat to defending and consecutive two-time Asian champions Japan. However, against Thailand, the team they had beaten in the 2020 AVC Women’s Tokyo Volleyball Qualification to capture the Tokyo Olympic berth, Korea had the better 8-5 win/loss records in the FIVB competitions. 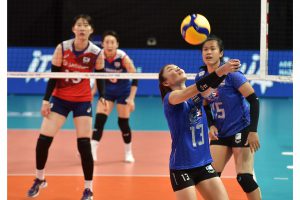 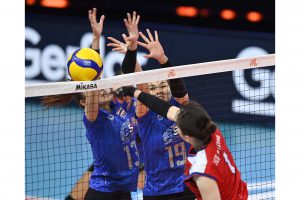 Thailand, current world No.15, surged away to win the opening set in strong fashion 25-15 after a series of powerful attacks and scintillating blocks. 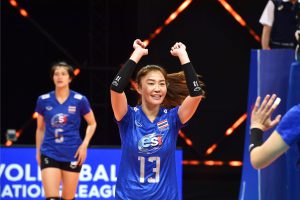 However, shrugging off their rust, Korea engineered a fightback with the irresistible Park Jeongah unleashing several powerful blows to help her team take the next two comfortable sets 25-13, 25-18. Korea continued their dazzling form in the fourth set, which they won 25-17 for the eventual 3-1 triumph. 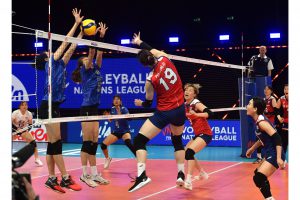 Park Jeongah chipped in with 22 points including 19 attacks and 3 solid blocks for Korea, while Pleumjit Thinkaow led Thailand with 15 points. 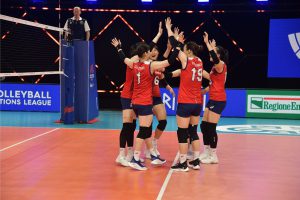 Pleumjit Thinkaow: “It was a difficult game, because Korea served very well. They also blocked a lot, so when we spiked we could see their hands all the time. But we are enjoying all our matches here.”

Park Jeongah: “Our performance yesterday was not good, also today’s first set, so our coach kept the pressure on us to be focused on the game. Then, we decided ‘okay, let’s go all together’ and this worked. Since we have shown a good performance today we expect to be even better tomorrow.” 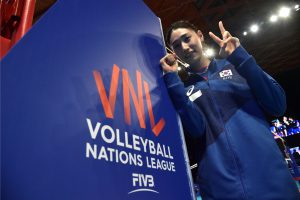