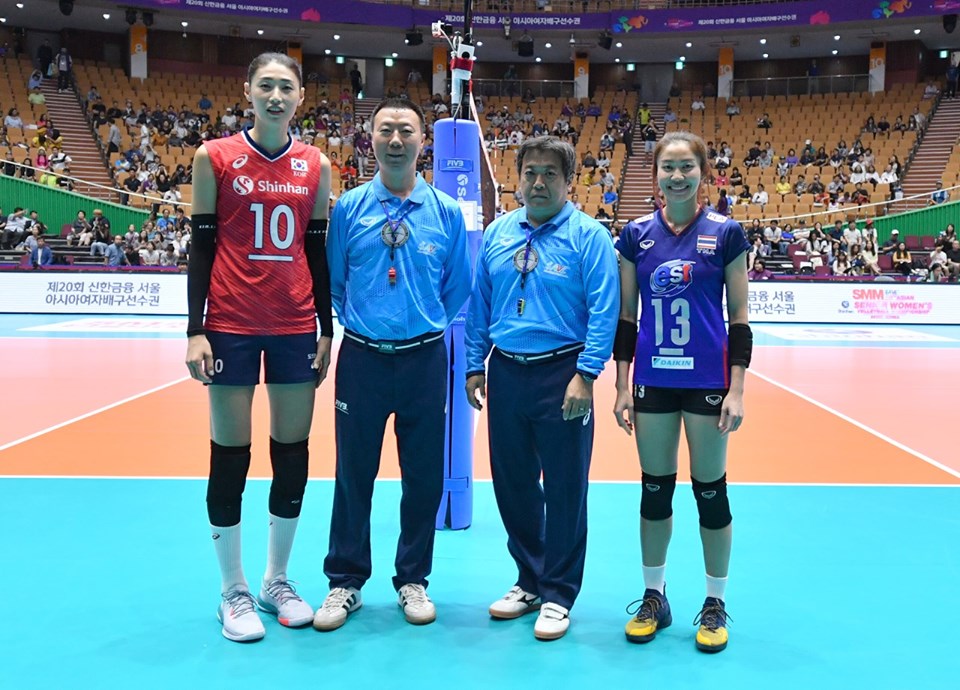 Led by Kim Heejin and Lee Jaeyoung, Korea proudly entertained a large number of home audience with their superb form. Kim Heejin tore the Thai defence apart with her thundering attacks for the Korea’s initial 8-4 lead. Star spiker Kim Yeonkoung exploded her destructive attacks from all angles, stretching the lead the visitors could not catch up with easily. Still, Thailand gathered their courage and hit back with lighting-fast spikes from Pleumjit Thinkaow and sharp cross-court attacks by Onuma Sittirak, but they found the host side a tough nut to crack. Korea took the first set 25-20.

With highly-experienced setter Nootsara Tomkom spearheading the team, Thailand began to come up with combination attacks in the second set. Veterans including Wilavan Apinyapong, Onuma, Pleumjit Thinkaow and Malika Kanthong played a well-organised teamwork of Thailand to lead 16-14. The on-going game was more thrilling when leads changed hands for several times, but Thailand fared better at the home stretch to win a hard-fought set 25-23. 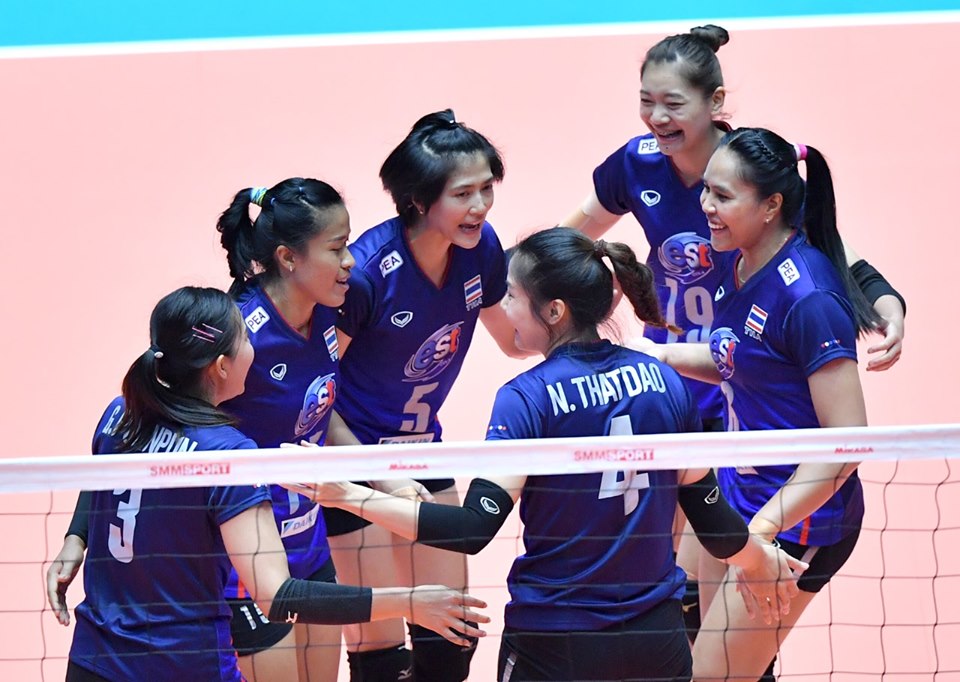 In the third set, Korea still came out in full strength as they seemingly did not want to disappoint their fans. Lee Jaeyoung and Kim Heejin overcame the rivals with their effective attacks and solid blocks, while Kim Yeonkoung strengthened the team with her powerful attacks. Thailand gave all what they had to win this set, but Korea fared better offensively to win the set 25-17. 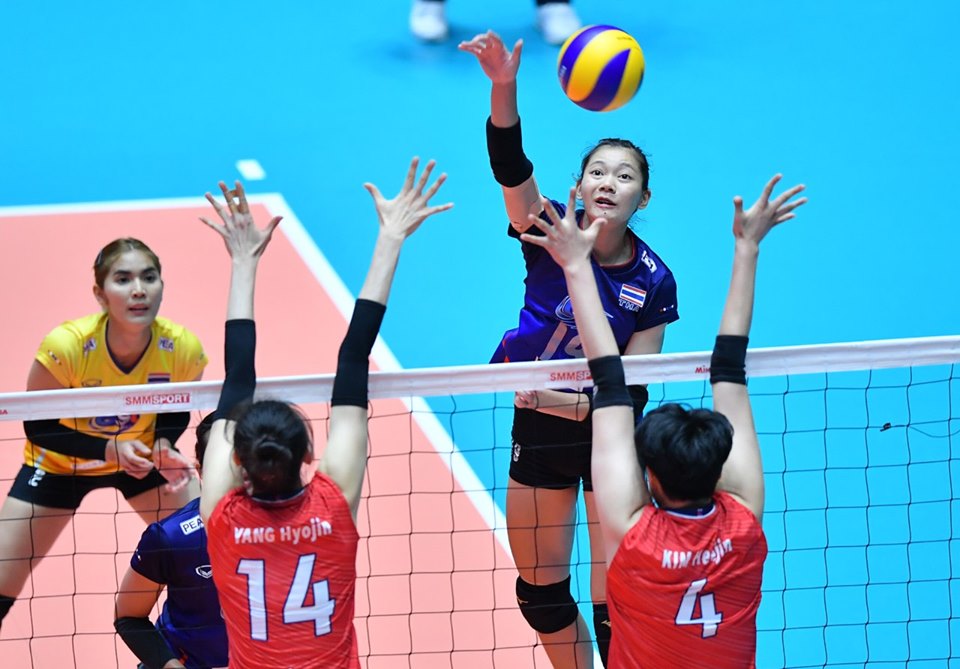 Thailand pushed Korea early in the fourth set, however, Yang Hyojin and Kim Heejin withstood the rival’s attacks by solid blocks to help their team lead 20-16 initially. Thailand tried to narrow the margin and Onuma Sittrak’s powerful jump serves and effective attacks levelled the score at 21-21. However, Korea never looked back from then on, winning four straight points to claim the set 25-21 and match. 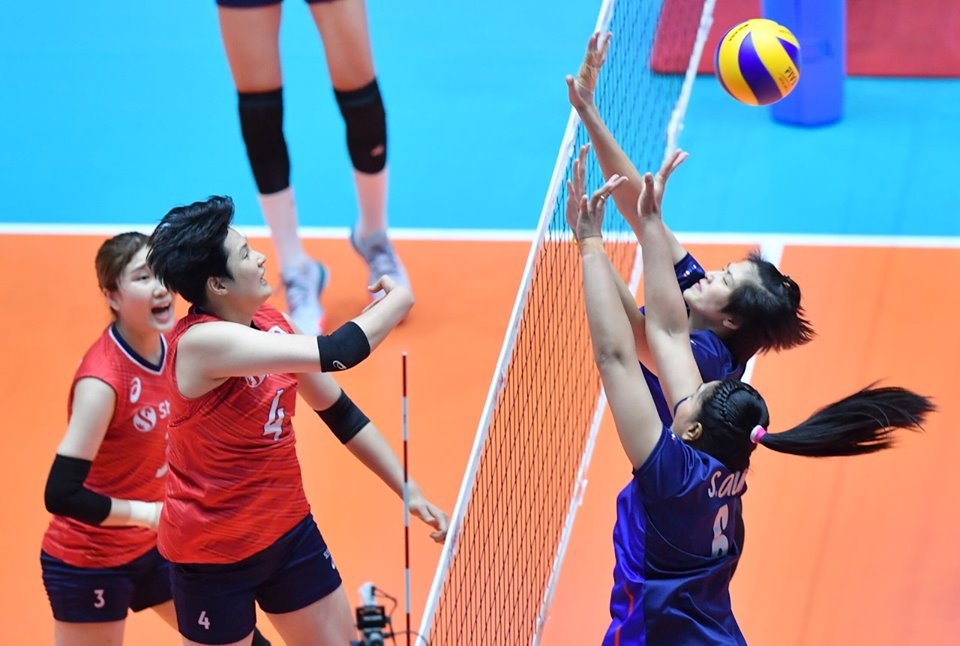 Following the win, Korea became the Pool E frontrunners with 9 points from three wins in a row, followed by Thailand with 6 points from two wins against one loss. Chinese Taipei and Iran came in third and fourth places respectively. 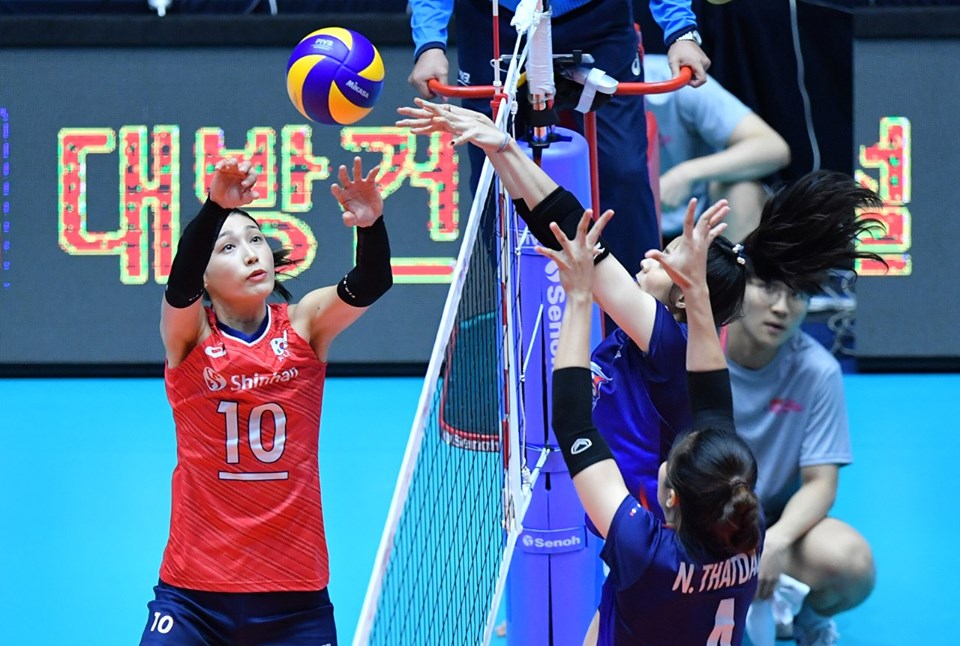 After the match, Korea head coach Stefano Lavarini from Italy said, “I am happy about the victory. Although we had a lot of mistakes, we tried to improve tactically so I guess that was what worked mostly and so I am satisfied with most of the sets. We lost the second set because the players could not stay focused as they could, so they started to get distracted by other things rather than their plays and position.” 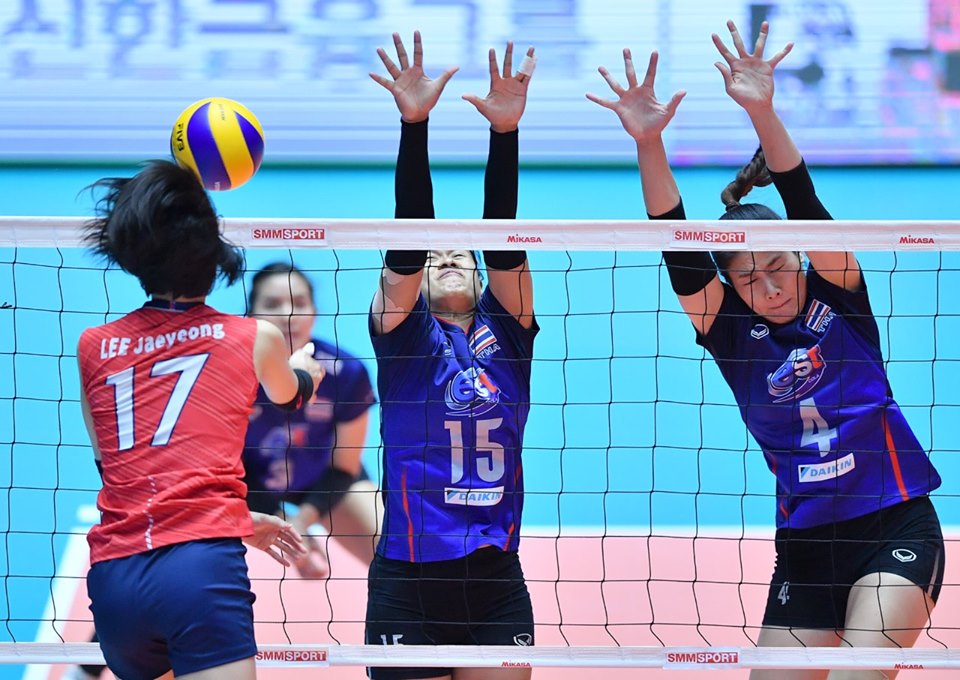 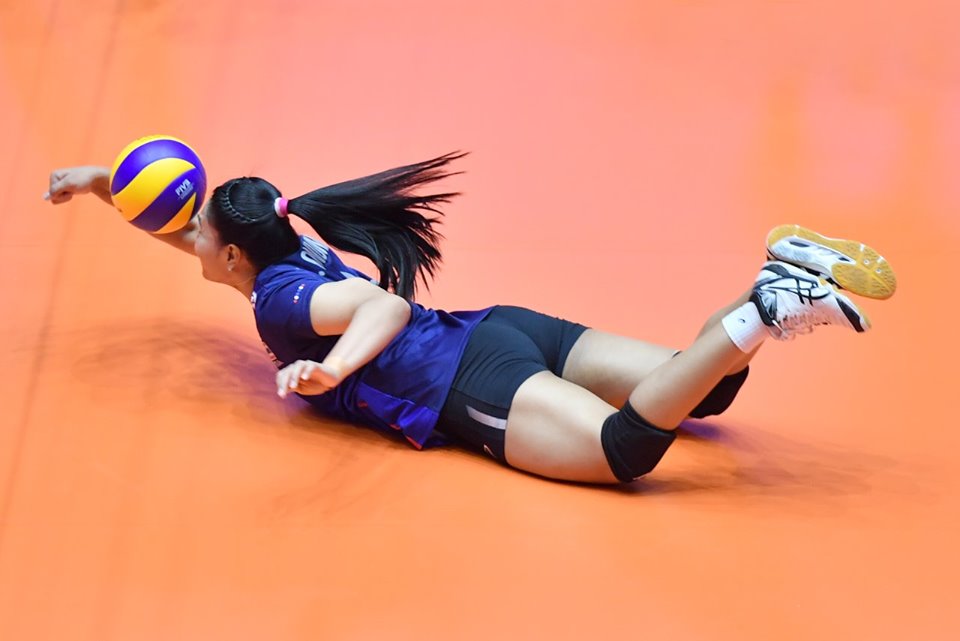 Team captain Kim Yeonkoung said, “I’m happy that we won the match. Furthermore, the plays that the coach directed and the things we practiced in training worked out well which I am very satisfied with it. However, in each set we had moments where we lost our focus and lost consecutive points so I want to work on maintaining our momentum. Since we have the semi-finals and finals left, I want to be able to focus on those and hopefully, we will win.” 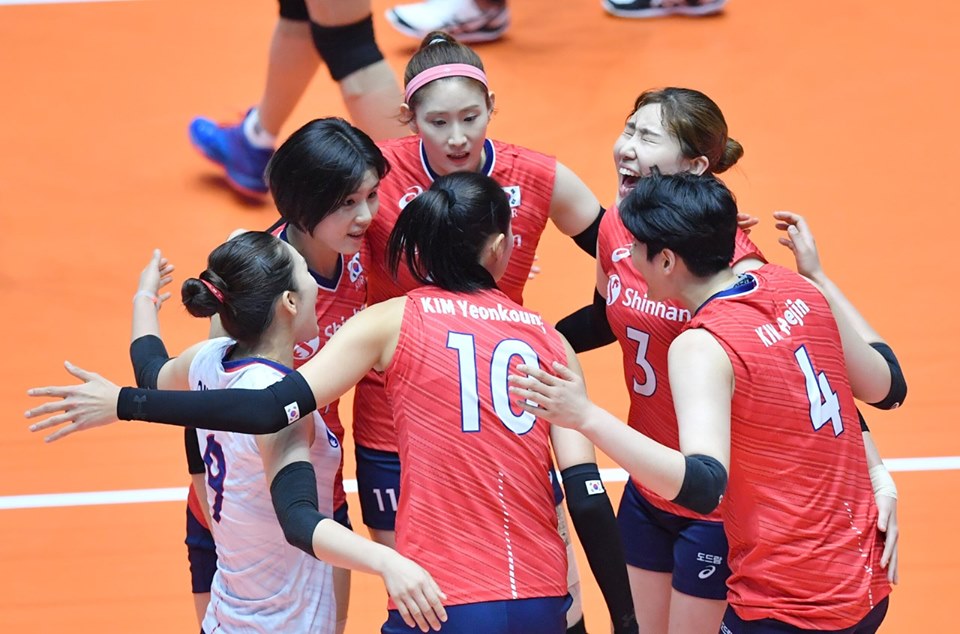 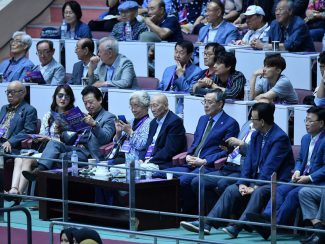 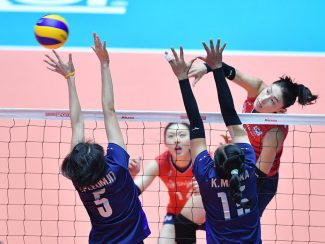 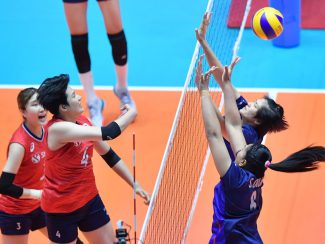 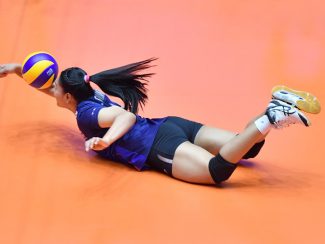 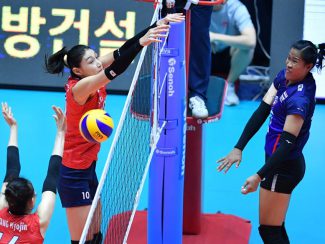 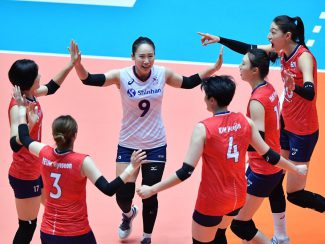 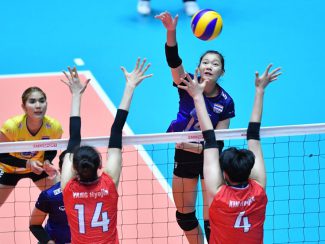 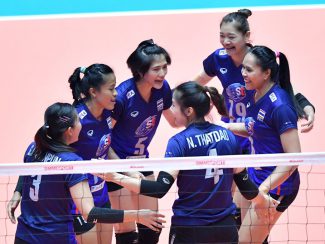 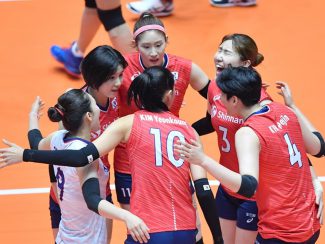 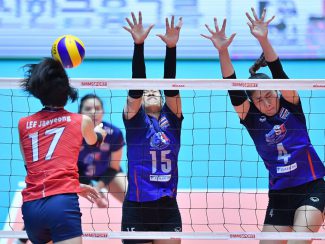 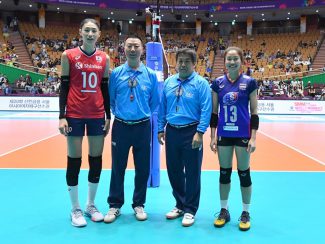