xinhuanet.com reported that since returning to the China post in 2013, Lang has steered her team to Olympic gold at Rio in 2016, as well as winning the World Cup in 2015 and 2019.

Lang’s original contract was due to expire at the end of Tokyo Olympics in 2020, but with the Games delayed by 12 months due to the COVID-19 pandemic, Lang has decided to extend her contract until August next year.

“Due to the pandemic, our team hasn’t played even one match this year. In order to test our training methods, the women’s team may play warm-up games with the men’s side,” Li disclosed, adding that the next training session for China’s women’s team will begin in January. 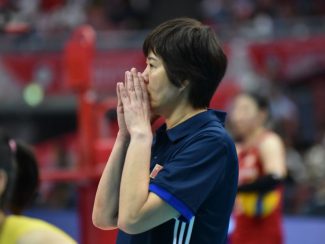