Lausanne, Switzerland, October 23, 2019 – The last ten tickets (five per gender) for the volleyball tournament at the Tokyo 2020 Olympic Games will be punched in January at the continental Tokyo Volleyball Qualification tournaments – and these tournaments are now all set and confirmed.

One team each from the five men’s and five women’s continental tournaments will emerge in January to complete the roster of participants in the ultimate global sporting event.

The winners of the January tournaments will join the men’s teams of Brazil, USA, Italy, Poland, Russia and Argentina, and the women’s teams of Serbia, China, USA, Brazil, Russia and Italy to complete the 12-team lineup of Tokyo 2020. 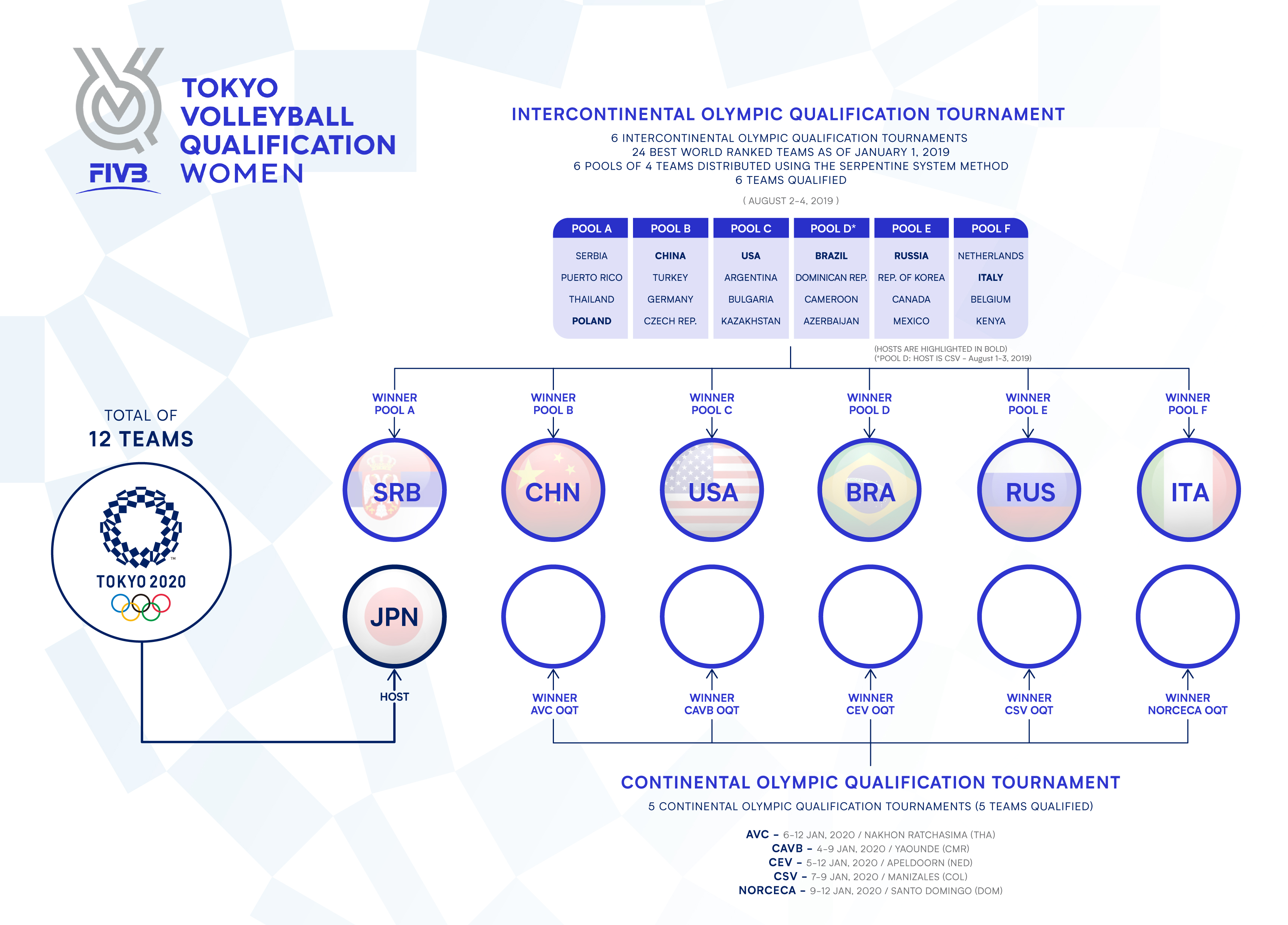 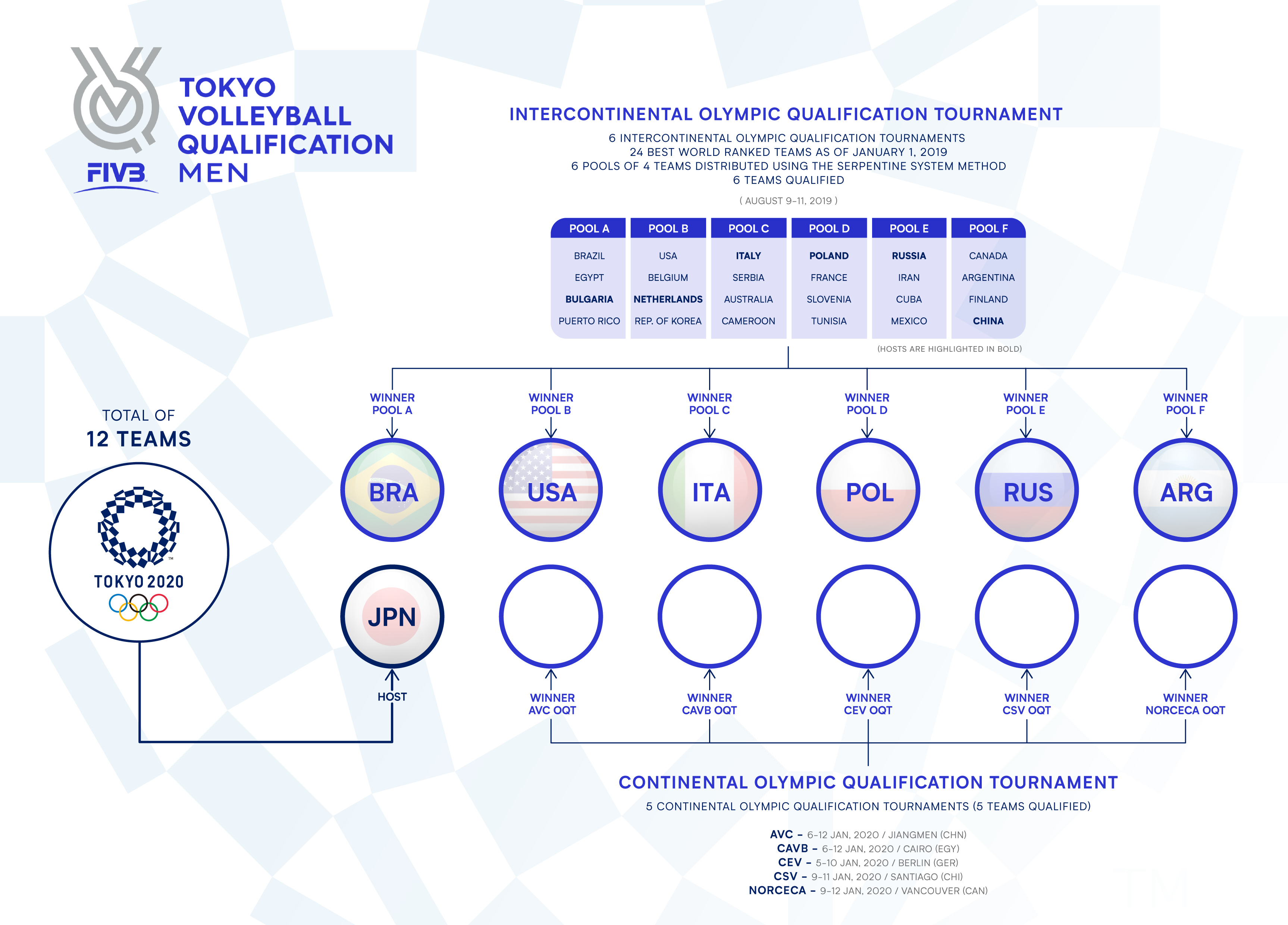 Japan, as hosts, had already been guaranteed tickets for their men’s and women’s teams by default.

The Olympic volleyball tournaments at Tokyo 2020 will begin with men’s pool play on July 25, one day after the Opening Ceremony, and culminate with the women’s final August 9, just prior to the Closing Ceremony.

All matches will be played at the newly constructed Ariake Arena in the Japanese capital.