The FIVB World Tour welcomes back Laura Ludwig after the German player took 2018 off to start a family. Following Kira Walkenhorst’s recent retirement from the sport, Ludwig paired up with former Germany volleyball team captain Margareta Kozuch who made the switch to beach volleyball in 2017.

“It’s for sure a bad feeling going out with two losses. Right after a match it’s difficult to reflect, but in general it felt really good. We had a good strong team character on the court in the last two games and I just can’t wait to go back out on court,” said Ludwig. 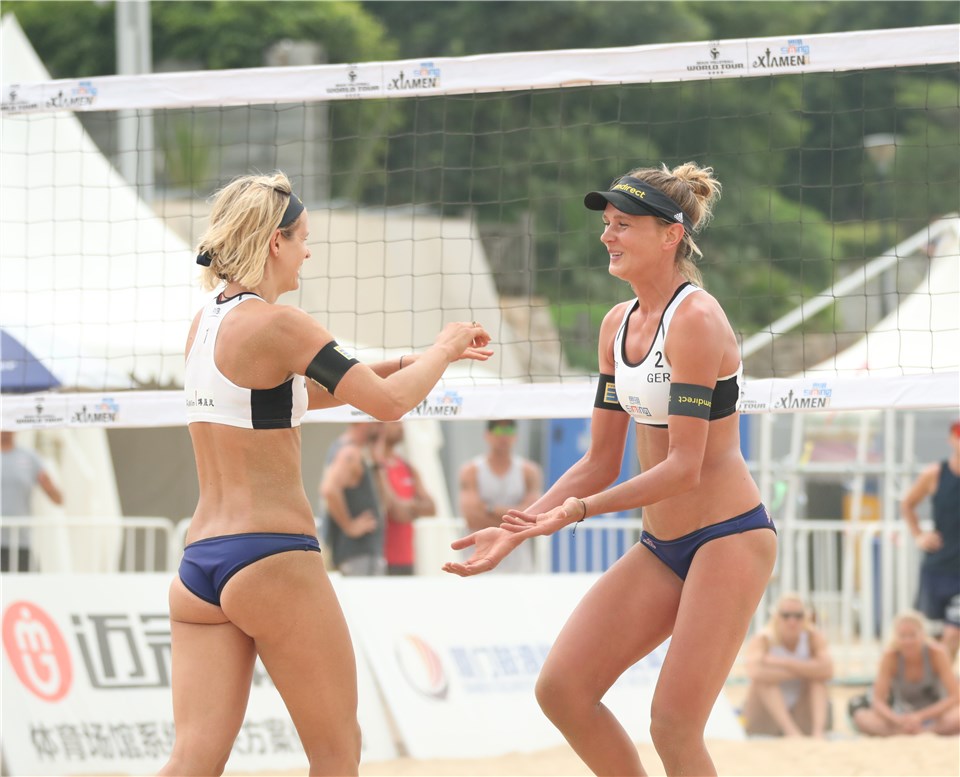 Returning to match fitness and playing in the new partnership, Ludwig and Kozuch are working hard under coach Jürgen Wagner who oversaw Julius Brink and Jonas Reckermann to London Olympic gold and then again four years later with Ludwig and Walkenhorst.

“We had a long preparation actually, we had a long pre-season with several training camps in Tenerife and in South Africa. So not only preparation for Xiamen, but for the whole season. It’s just the beginning and we’re looking forward to compete again,” said Kozuch. 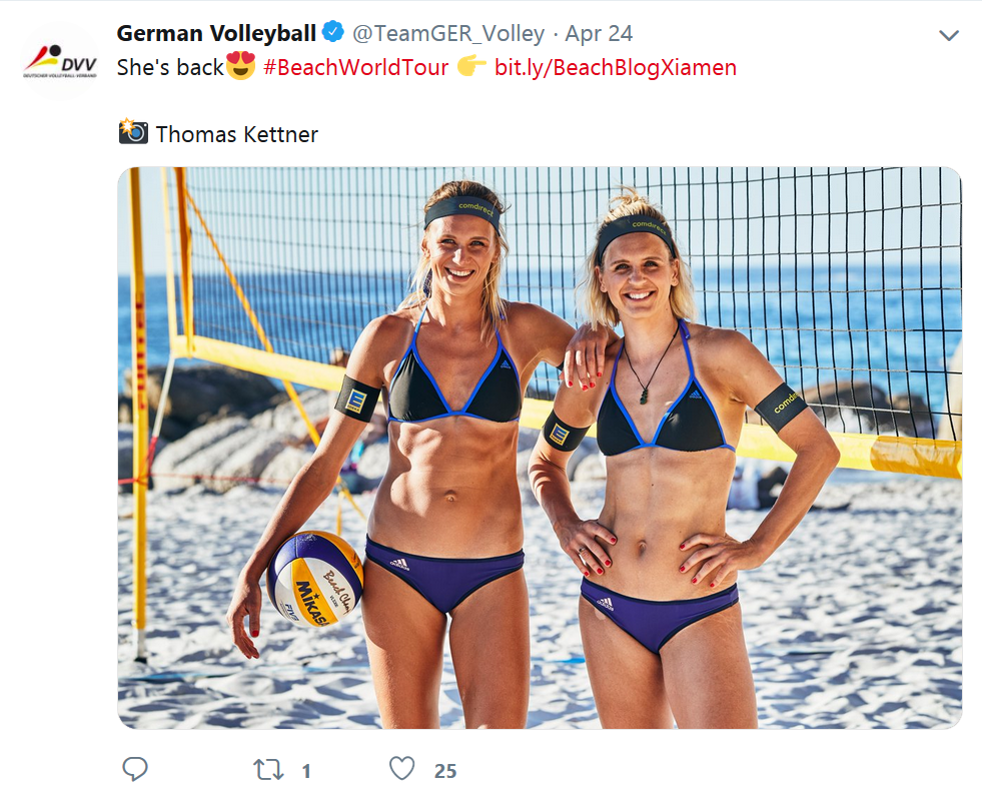 The pair is excited to be back and for everything that the future holds in store.

“It feels nice to be back on court, it’s exhausting, I forgot how long a match is, but in general I really enjoy it. Although we lost, I really enjoy being back on tour and to have this competition again, I really like this,” said Ludwig.

“I’m really enjoying a lot staying on Laura’s side. I think we are working really well together. I think there is a lot to come and I’m trusting in the process. The chemistry is already there, so now we just need to get into competition and put everything together because it couldn’t be better actually,” said Kozuch.
With this year’s World Championships in Hamburg where Ludwig has enjoyed success at the World Tour Finals in 2017, Major Series in 2016, the pair is taking it one step at a time.

“Our biggest aim is playing good beach volleyball, finding the best way we can play as a team together and we will see how far we go. For sure we want to win a lot of matches then we will see how the results come,” said Ludwig.

Ludwig is also embracing her new role as a mother on tour.

“There are lots of moma’s on tour now and so it’s cool to chat about life now as a moma because it’s definitely a challenge. But I like both sides, it’s really exhausting, but it’s really cool to have both passions, both loves. I have so many good people around me, so it’s actually possible to do it,” said Ludwig.

Next stop on the journey for Ludwig/Kozuch is Kuala Lumpur 3-Star next week.