Lausanne, Switzerland, June 6, 2020 – The Philippines’ Mary Joy “Majoy” Baron has gone from the volleyball courts to fashion’s catwalks and back, and aims to conquer both. In this interview, she talks about her ambitions and how she pushes herself to improve.

The 24-year-old currently lives in Manila where she plays for the F2 Logistics Cargo Movers and also works as a model. She also represented her country at the Asian Games, Southeast Asian Games and at the ASEAN Grand Prix, where she was named the Best Middle Blocker twice. 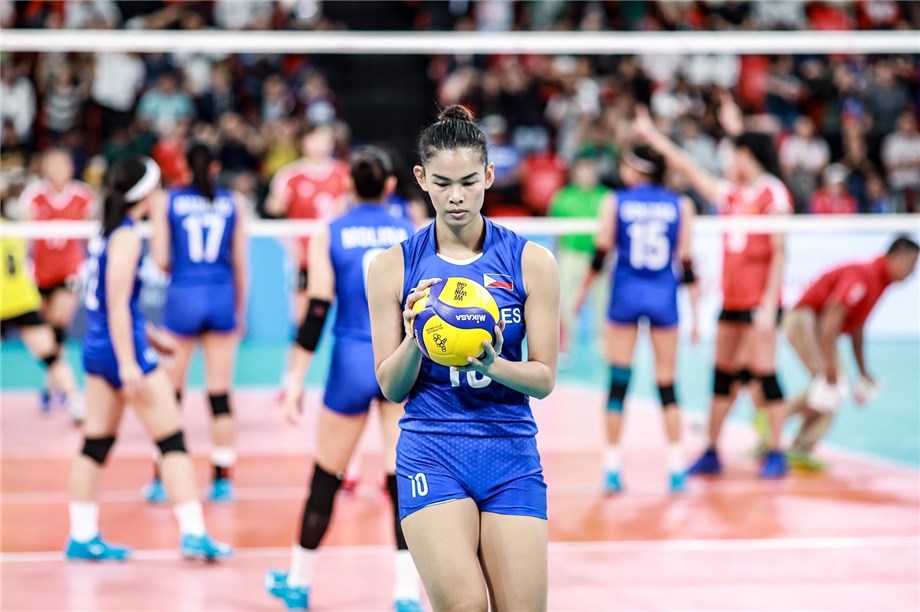 “My name is Mary Joy “Majoy” Baron, a middle blocker from Tarlac City. Currently, I play for the F2 Logistics Cargo Movers. I am also part of the Philippine women’s volleyball team that competed at the 2019 Southeast Asian Games and 2018 Asian Games.

“Looking back at my journey, I can’t help but thank the people who have supported me and believed in me, especially my former coaches and my current coach Ramil De Jesus, and my teammates. It was never easy, but truthfully, it was never hard because of them.

“Honestly, I didn’t know what opportunities volleyball would give me. It would provide me with a ticket to good education at the De La Salle University (DLSU), which allowed me to be seen on TV and also see some parts of the world. I didn’t know it could be a full-time job. I simply played it because I enjoyed it. I didn’t think that playing in our tiny covered court in my hometown would accord more that I could ask for. More importantly, I didn’t know passion can give you a beautiful and fulfilled life.

“My skills in high school weren’t sufficient to make me stand out, I was tall and that was it. After a national tournament, only two schools scouted me for college. I was very grateful to even receive an offer from two schools with well-known and established volleyball programmes.

“Going to DLSU for college turned out to be one of the best decisions I have ever made. It still gives me goose bumps remembering the time I was playing for the team. Those championships, trophies and individual awards we got were the fruits of our unending hard work and dedication to the sport. 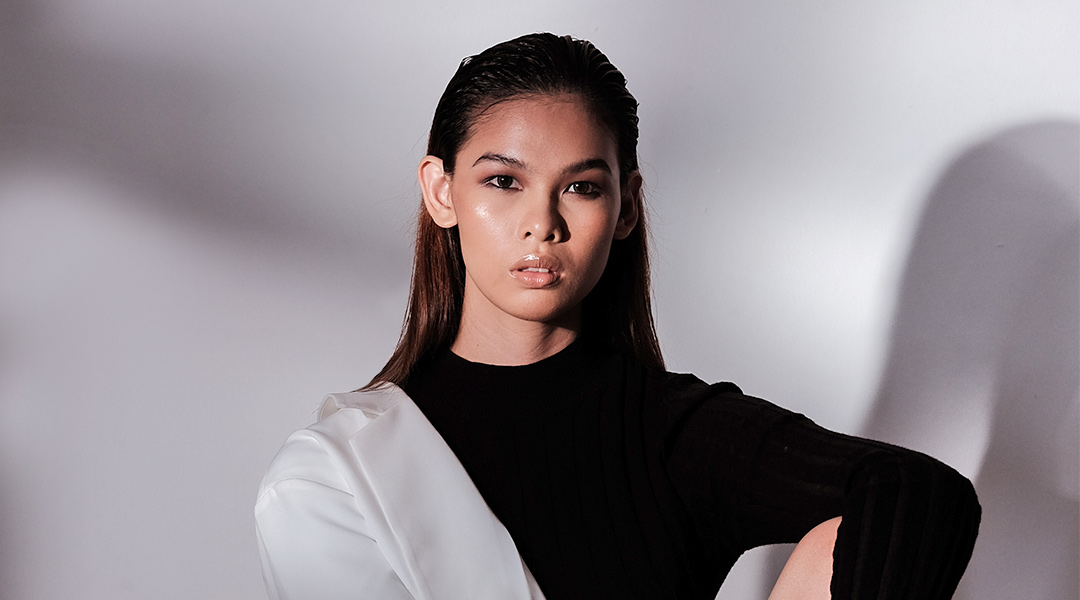 “But before I became a volleyball player, I used to enjoy joining beauty pageants. In the Philippines, beauty pageants are very popular. Miss Universe is our Super Bowl and is one of the major events the Filipinos look forward to every year. Growing up with that energy and enthusiasm, pageants and modelling easily became my first love.

“There was a rush every time I would put on a beautiful designer garment and walk down an elevated ramp in front of an audience. What I enjoyed the most was transforming into a different person that was totally removed from my real self even just for a few minutes. 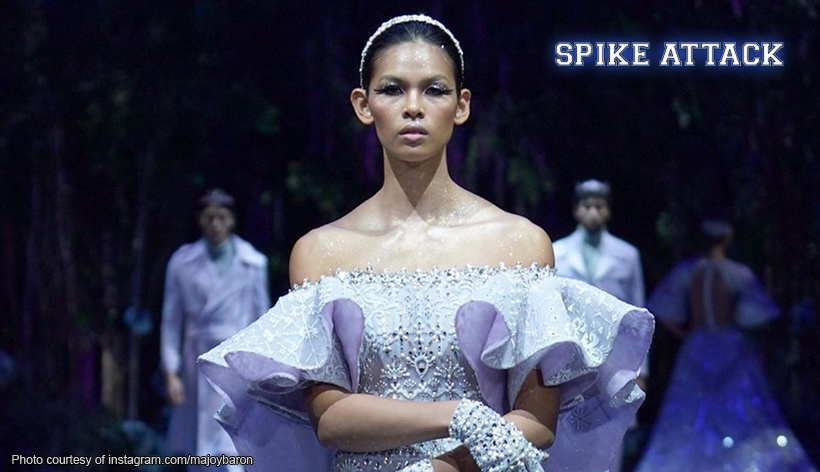 “However, signing up for the best volleyball programme in the country meant giving all of your time and more to the sport and the school. Sadly, I had to turn my back on modelling.

“I never thought that I was a talented volleyball player. I was just tall for Philippine standards. For so long, I questioned my decisions. What was all of this for? But with all the privileges being given to me as the days went by, I knew I had to stay on track. While in college, I mastered the basics of the sport. It took a lot of work, time, and dedication to catch up to my seniors, but I did it.

“Volleyball has built my body and mind. It allowed me to condition myself and understand the importance of preparation. It is very daunting to step into an arena with 18,000 spectators cheering you on and expecting you to perform. You have to do it because every day of life is like playing in an arena – you have to give it your best in the arena that you’ve chosen. Volleyball has taught me to give my all in training so that during games it naturally shows. 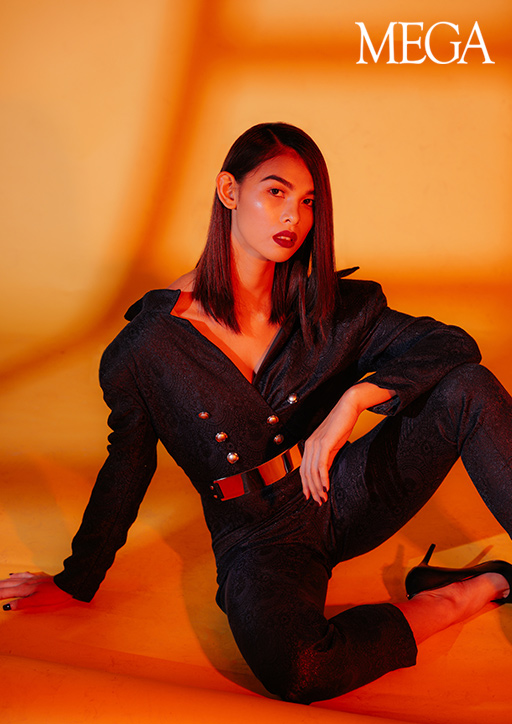 “After college, I found little windows of free time between trainings through my manager and friend Suki Salvador, who would find these pockets and presented me with opportunities for photo shoots and fashion shows. But since I was rusty and because I knew the importance of preparation, it was a gradual return.

“At first, we would do simple test shoots on plain backgrounds and after a few of those, I found myself doing beauty editorials for top fashion magazines and the most coveted job a model can ask for, a magazine cover. We did the same preparation for runway modelling. First, we re-learned the basics from one runway coach that gave me the confidence to walk small-scale fashion shows.

“Then my manager hired the best runway model, Ria Bolivar, to be my personal coach. She taught me not just the basics, the different types of walks, but how to handle various garments and situations. More importantly, she taught me how to become a pro. I’m happy that my body of work now includes walking for the top designers in the country for the last three years. 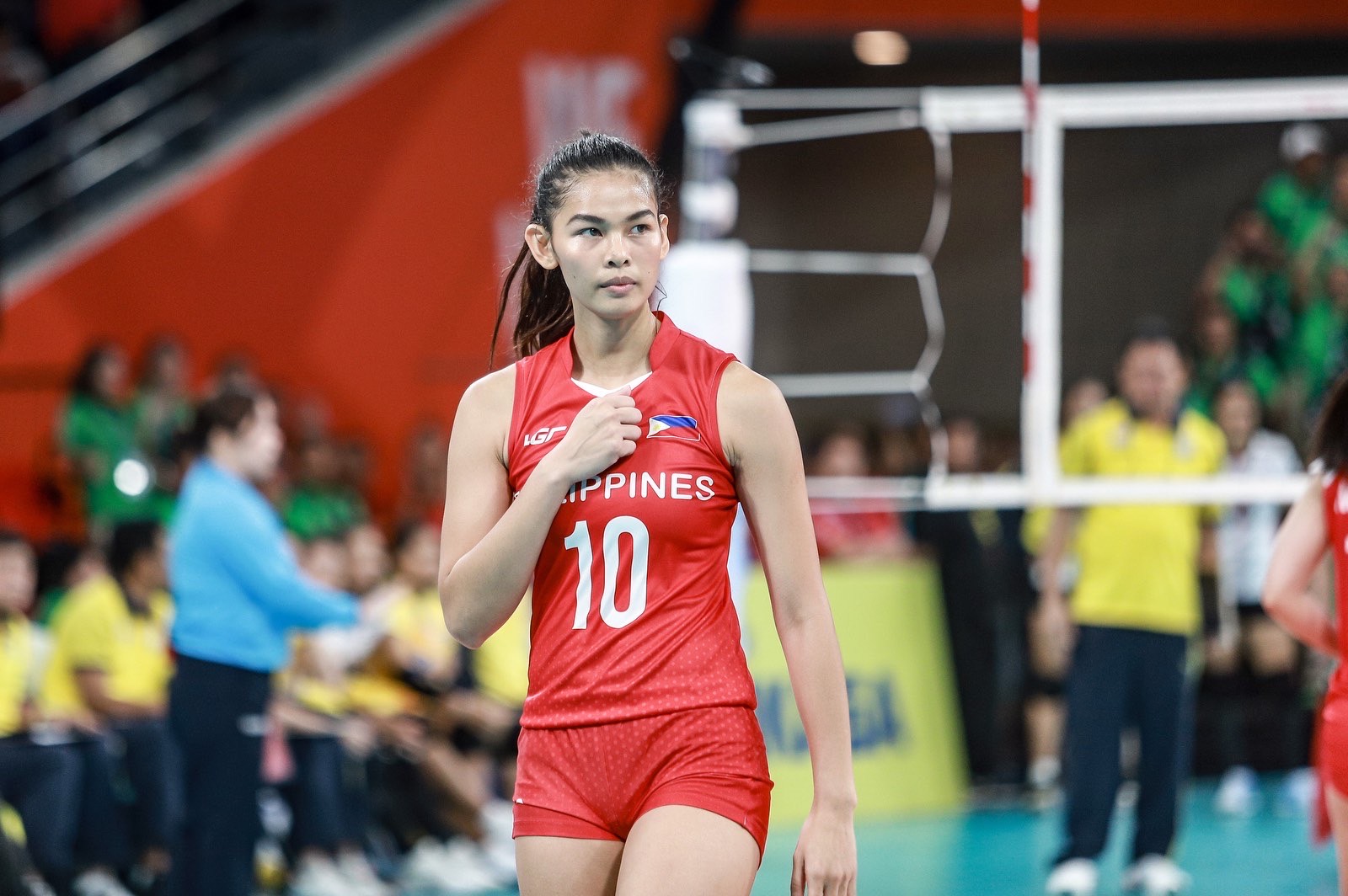 “My proudest volleyball moment was being awarded the Best Middle Blocker award for both the first and second legs of the ASEAN Grand Prix 2019. Not only was I recognised internationally but I was able to bring pride and joy to my beloved country. In modelling it was the Vogue Italia feature. It was one of the few times in my life I felt so small working with the best photographers, editor, stylist and make up artist in the country. It was one of the most challenging and difficult shoots for me. I’m glad I had the best people behind the scenes.

“Volleyball has taught me to respect any craft you have chosen to pursue. That means respecting the industry standards and living up to them. I put in the work by going to modelling classes. I practiced walking and posing as rigorously as I would practice blocking a ball. It was not hard juggling volleyball and modelling duties, but the determination and discipline that I honed while playing volleyball took over. Know your priorities, pursue excellence, and push to be better than before.

“I’M BACK”: KIM CONFIRMS RETURN TO KOREAN LEAGUEVOLLEYBALL AND BEACH VOLLEYBALL FEATURED ON THE OLYMPIC CHANNEL