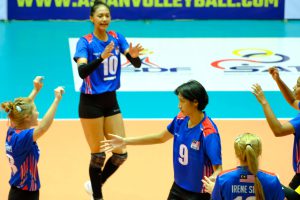 Malaysia, fielding the similar squad which finished bottom 5th at the last month’s Vietnam-hosted 31st Southeast Asian Games, opened up impressively to lead 4-1 in the first set, courtesy of the 184cm-tall captain Low Mei Cing’s powerful attacks. The Uzbek girls, who had completed their campaign with a 8th-place finish in the 14th Asian Women’s U18 Championship at the same competition venue here, gradually pulled their game together. With captain Ezozakhon Sativoldieva and Khodisakhon Toshkenboeva unleashing sharp cross-court attacks and solid blocks from the 181cm Khurshidabonu Rustamova and 180cm Khodisakhon, Uzbekistan caught the rivals at 4-4 and went on their aggressive attacks to move ahead with a four-point clear at 18-14. Both sides maintained their form at home stretch, but Uzbekistan made the difference. They spiked, blocked and served, playing every part of the game well to take the close set 25-23. 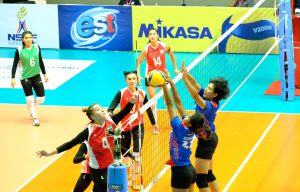 Holding 1-0 advantage, Uzbekistan came up with boosted confidence. However, despite their good show, Malaysia taught them victory never comes easily and they struck back to level at 10-10 and again 20-20. Intent to make short work of the oppositions, Uzbekistan allowed the Malaysians only one more point to wrap up the set 25-21, with Khurshidabonu producing a fast spike to hand Uzbekistan the last point in this set. 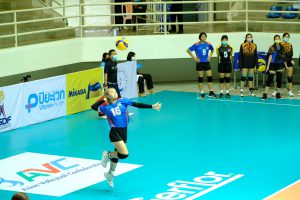 Going down in two straight sets, Malaysia played with their backs against the wall in the third set. They fought back heavily for a must-win set, using their intensified defence and good teamwork to cope with the well-organised Uzbekistan’s tactics.  The Malaysians’ more determination worked out pretty well as they jumped to a commanding 10-4 lead and stretched it to 19-11, making the most of the Uzbekistan’s unforced mistakes. Malaysia netted the third set win 25-16. 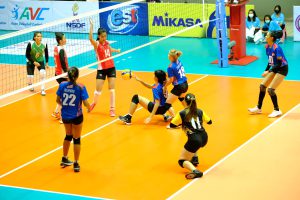 In the fourth set, Malaysia remained in good form, while Uzbekistan suffered on poor reception, allowing the rivals attacking opportunities. Leading 13-9, the Malaysians still played well up to their standard. With Low Mei Cing and Siah Irene Qi Min overpowering the Uzbek defence with their attacks, Malaysia widened the gap to 22-14 and never looked back after that to win the comfortable set 25-16, forcing a tie-breaker to determine the eventual winners. 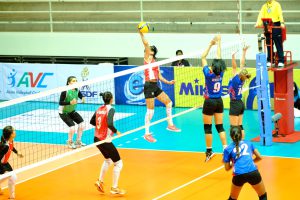 In the decider, both sides made a good start, but Malaysia, steered by powerful Low Mei Cing, led narrowly 9-7. As Uzbekistan’s reception was a far cry from what they have done in the first two sets, Malaysia gained total control after that to win the crucial set 15-11 and match. 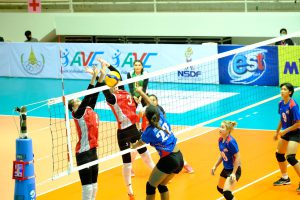 “Despite the win, my satisfaction is just 60% for my girls’ performance in our first match against Uzbekistan. We did too many mistakes. So, we have to improve on our serves and game coverage in our next match,” Malaysia head coach Liu Foo Yeon commented after the match.