MARANO INSPIRES WITH STORY OF TRIUMPH OVER ADVERSITY 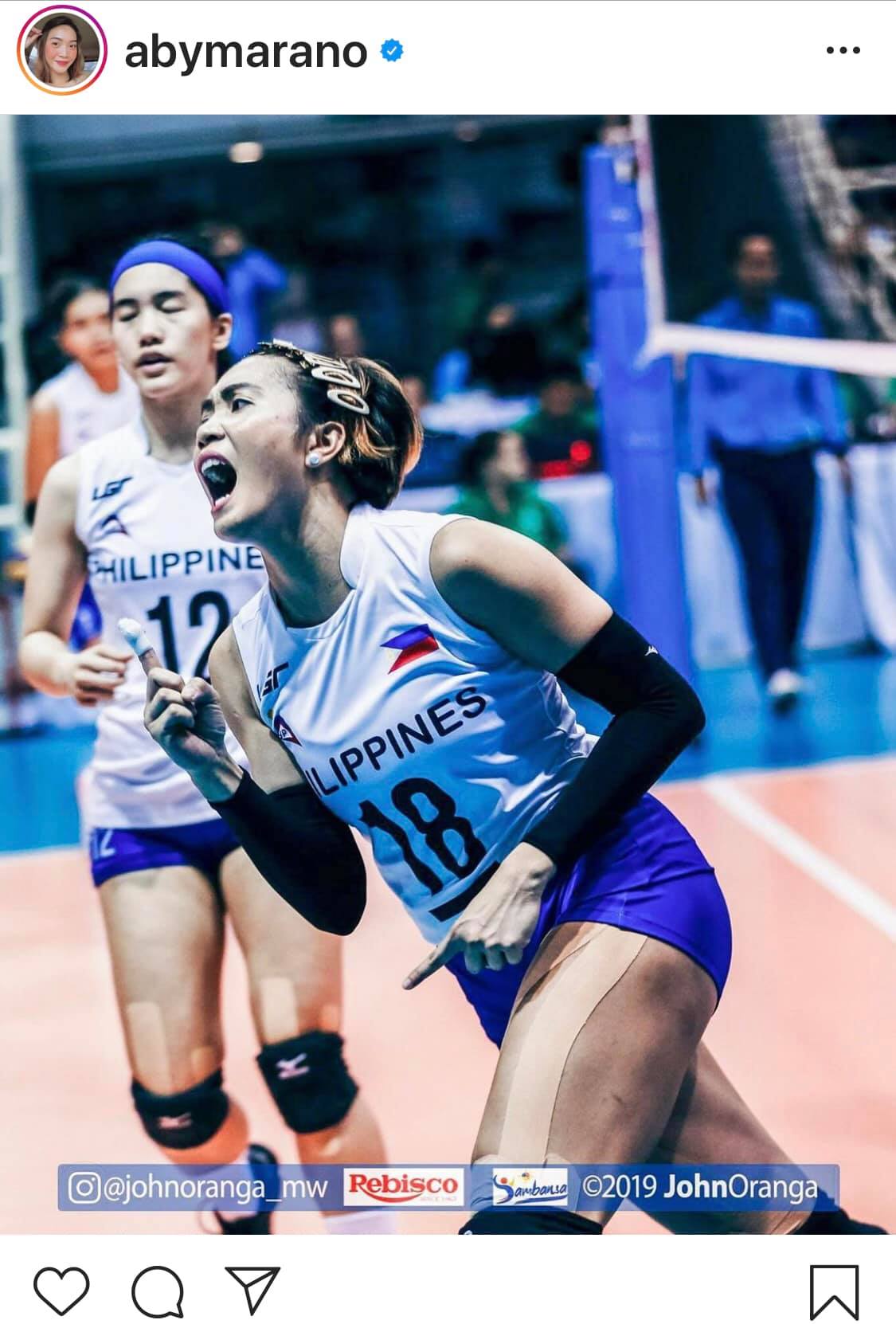 Maraño has always been a fighter. The middle blocker and captain of the Philippine women’s team had to claw her way out of many situations to earn the success she enjoys today.

Her determination and mental fortitude have been key to all of her accolades, from the university level all the way to the big leagues. And in a career spanning over ten years, she has also collected 12 individual awards, including two Most Valuable Player awards and 10 Best Middle Blocker awards.

“I had a very fun childhood,” Maraño said.

She credits her childhood friends and coaches for introducing her to volleyball at the age of eleven. She and these now lifelong friends would play street volleyball in Antipolo, a city just outside of the Philippine capital.

A few years later, her teammates moved to play varsity volleyball in their respective schools, which was when they advised her to take her game from the streets to the court.

Raised by a single mother from a low-income bracket, she faced her first big challenge. Her mother could barely make ends meet, much less pay for her tuition on time. Armed with nothing but courage, Maraño would bravely go to school with a letter written by her mother, saying that in time, she would be able to pay for her daughter’s tuition.

Street volleyball turned out to be her way of getting an education.

“I got into the varsity team in high school and to the delight of my mother, the school even gave me a scholarship,” Maraño said. “It pains my heart seeing my mom struggle financially.”

The volleyball scholarship became her driving force to excel in volleyball because without it, she would not have graduated from a private school.

The young outside hitter fought for her spot at every training and match, and shortly after, she got multiple scholarship offers from collegiate scouts in the country. She committed to De La Salle University under the tutelage of 11-time champion coach Ramil De Jesus. 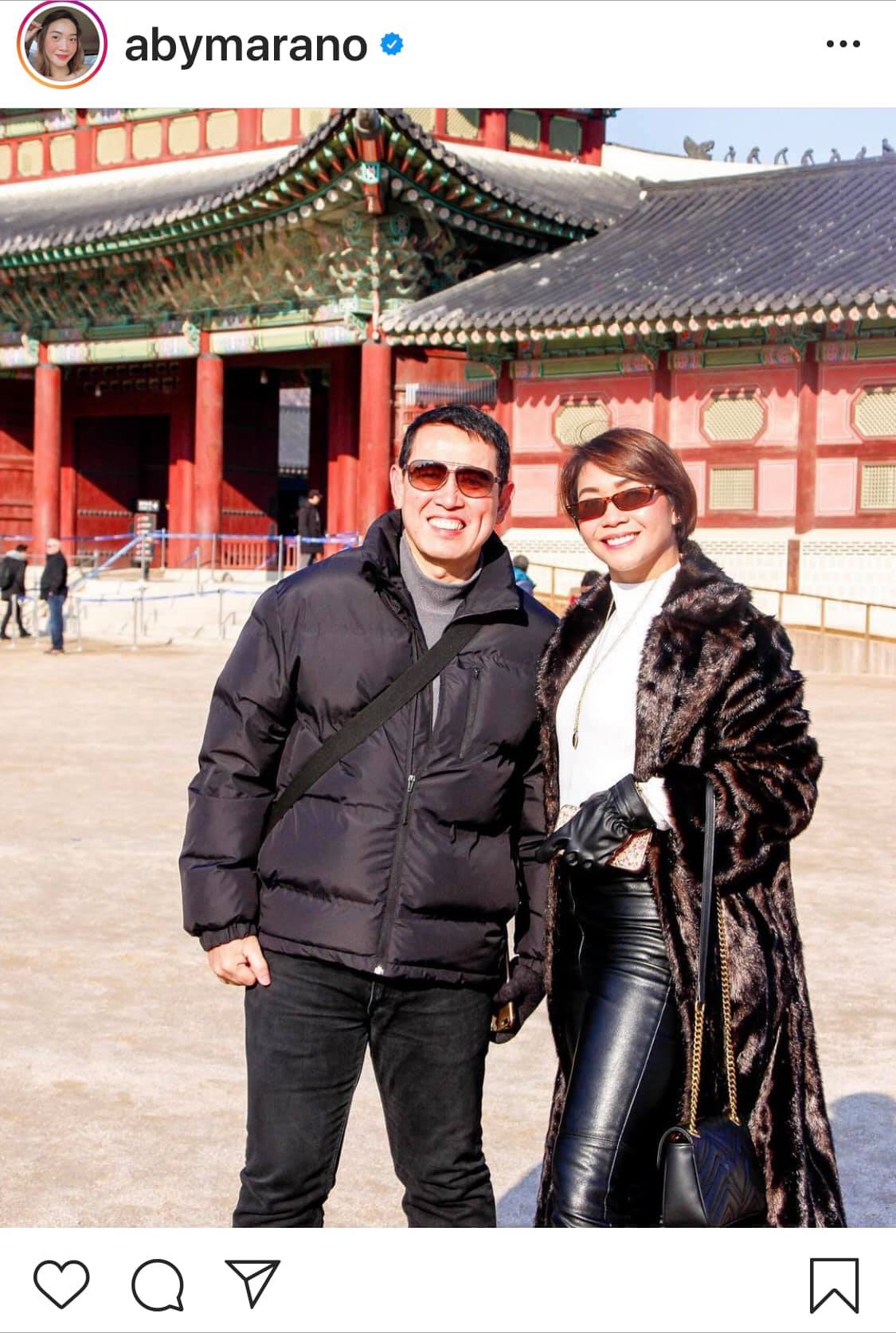 From being an outside hitter, De Jesus converted Maraño into a middle blocker and she has not looked back since, flourishing in that position.

She would later move on to playing club volleyball for the F2 Logistics Cargo Movers, also under De Jesus’ mentorship. Her volleyball prowess and leadership earned her the place of captain on the Philippine team. She played at the Asian Games in 2018 and at the biennial Southeast Asian Games from 2015 to 2019.

While it seems Maraño has had a smooth volleyball career, she experienced all the struggles of a top athlete – multiple training sessions, a strict diet and little to no time with her loved ones including her mother. 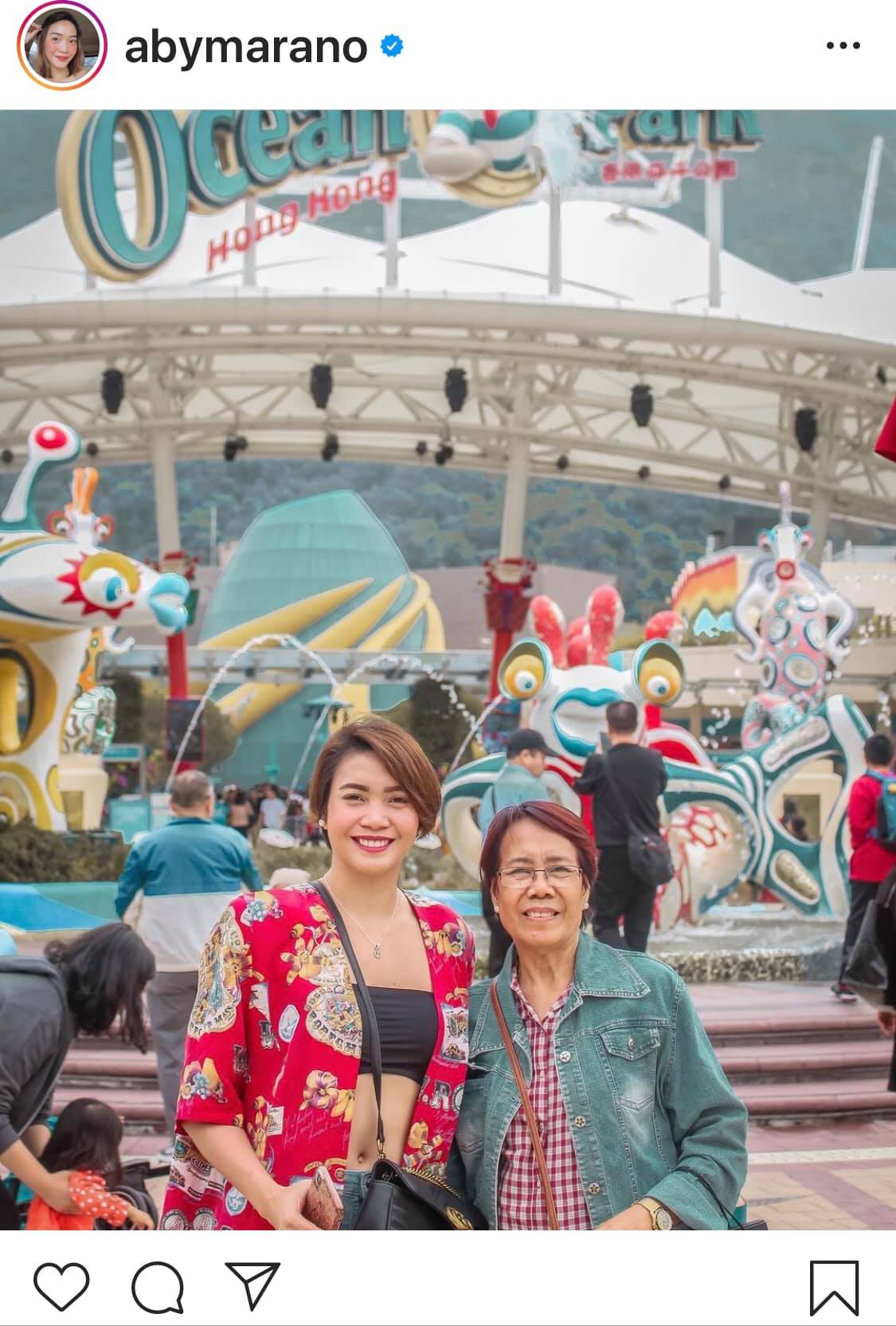 Maraño stuck to her promise of one day supporting her mom, so that she no longer had to work. And that day eventually arrived.

But challenges of life would not let up, as she had to battle yet another hurdle – the skin disease psoriasis.

“I noticed that there were red patches all over my body during the Christmas break in 2018. I thought it was just a mosquito bite, but then the patches became larger and larger,” she recalled.

It became alarming when the topical ointments she was taking were no longer working. It was then that she looked for professional help.

“The dermatologist advised me to undergo a skin biopsy and in February 2019, I was diagnosed with psoriasis. I was advised to stop playing volleyball,” lamented Maraño.

The 11-year-old fighter was still within her, however, and like a eureka moment, she realized, “Wait. Volleyball is not stressful for me. In fact, it is my stress reliever. Why should I stop playing something I love so much?”

She forged onwards with volleyball.

“Stress is a huge factor and I need to avoid it like a plague. If something stresses me out, I pay no attention to it,” she said.

“Psoriasis was helping me become a better version of myself, not a hinderance. I have learnt that I should only try to control the things that I can.”

As days turned into weeks and into months, she gradually embraced her skin disorder.

“I turned my focus to a life with less stress. I focused my attention and energy on those who appreciate me and love me for who I am, red patches and all. I told myself I am not a quitter. I might not look pleasing to other people because of my skin, but I don’t care about my appearance, so why should I care about their opinions.”

“When I learned that I had psoriasis, I knew people would eventually find out. I wanted to be transparent and be the first one to tell my audience,” she said.

“I wanted them to know about my disorder and I wanted people to be educated about psoriasis.” 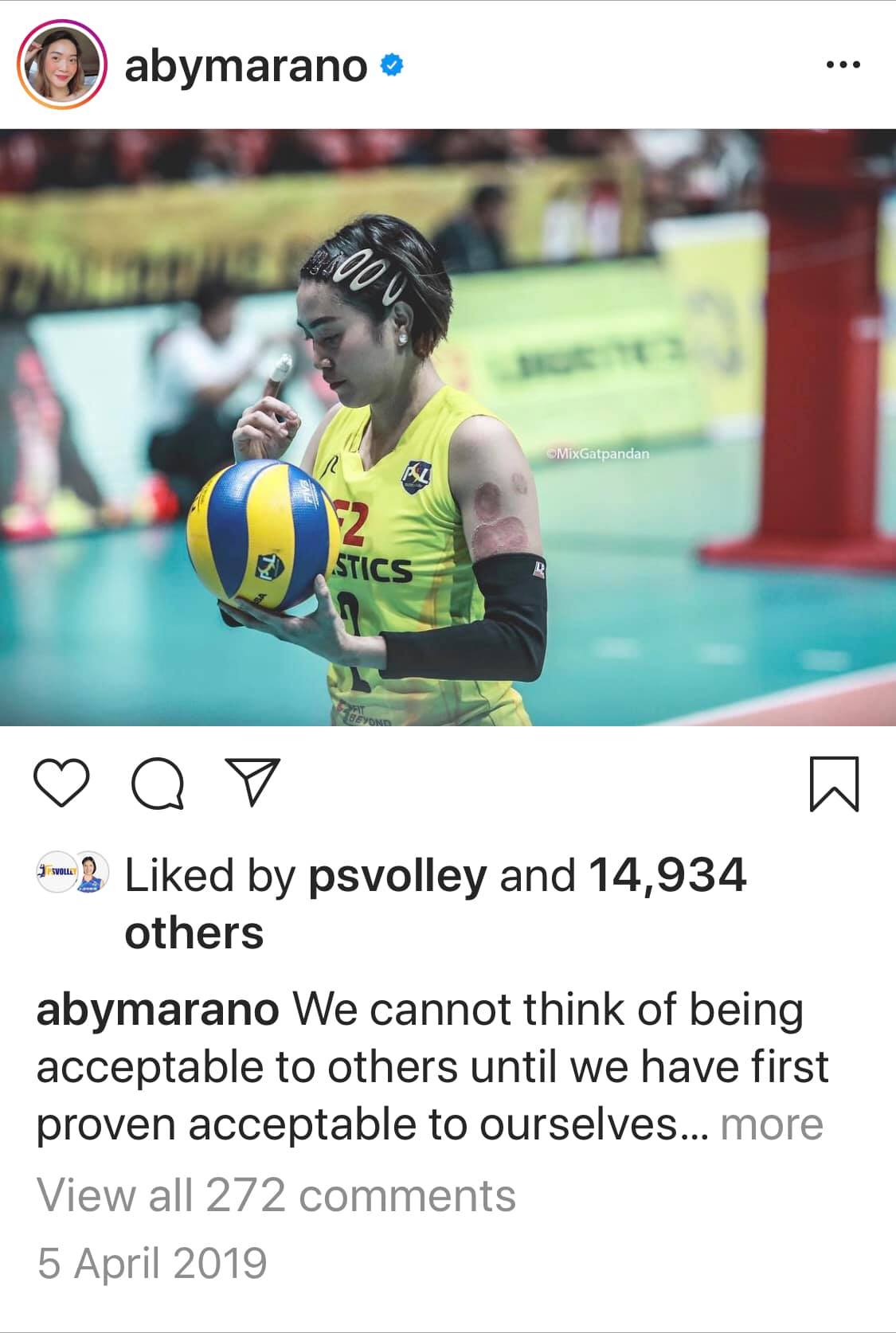 Her teammates showed their support and became psoriasis warriors alongside her.

“My teammates are so lovely, I only felt love and support from them. At no point did I feel they were avoiding me because of my new skin. They were fantastic.”

Her coach and the rest of the coaching staff went as far as researching further on the skin disease.

“My coach learnt more about my condition so he would know how to handle me during training. He wanted to know my limitations and I was touched by that gesture,” she added.

She felt the most love when her entire team would show up for games after their cupping therapy.

“All the girls had red round marks all over their body from cupping. They made me feel like I wasn’t alone. Either we all had identical psoriasis, or my skin just had a cupping session. It was so sweet of them.”

At the onset, psoriasis felt like an insurmountable hurdle for Maraño, but in the end, she gained more than what was taken away from her.

“Psoriasis taught me how to balance my emotions. People like me are twice as likely to get depressed, but we don’t have to live that way. As an athlete, it motivated me to better my craft so that I can be an inspiration to others who also have psoriasis like me.

“I want them to stop hiding, to stop feeling bad about how their skin looks. I want them to be free and get out there and to continue to follow their dreams. Our skin condition is not and will never be a hindrance,” she shared.

Her skin has cleared up, but there are occasional flare-ups. 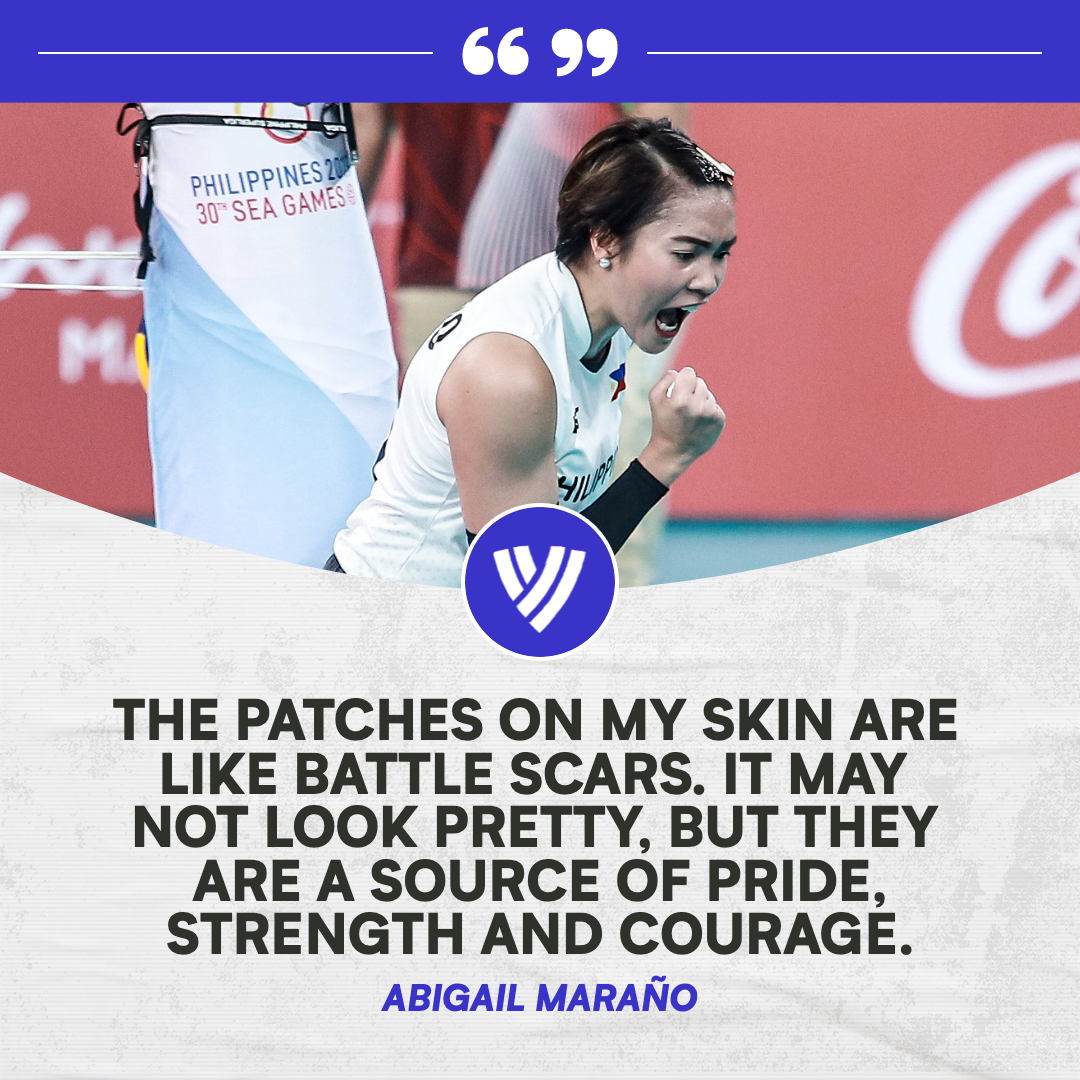 “There are times when I feel uncomfortable about my skin. It’s normal. But my confidence is greater than my insecurities. I am happy that despite my skin condition, my volleyball career is still stable.

“The patches on my skin are like battle scars. It may not look pretty, but they are a source of pride, strength and courage.” 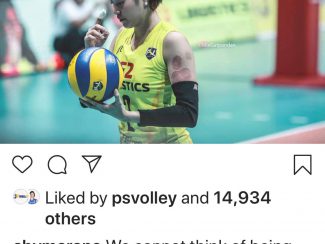 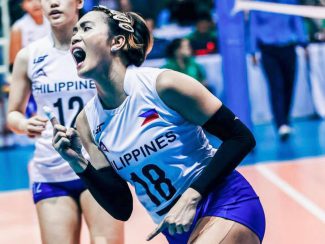 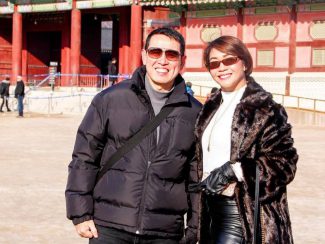 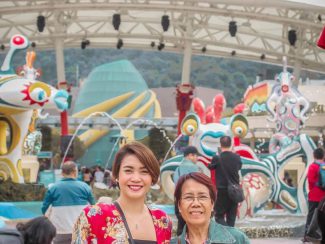 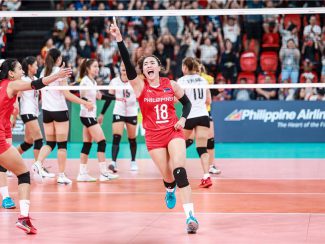