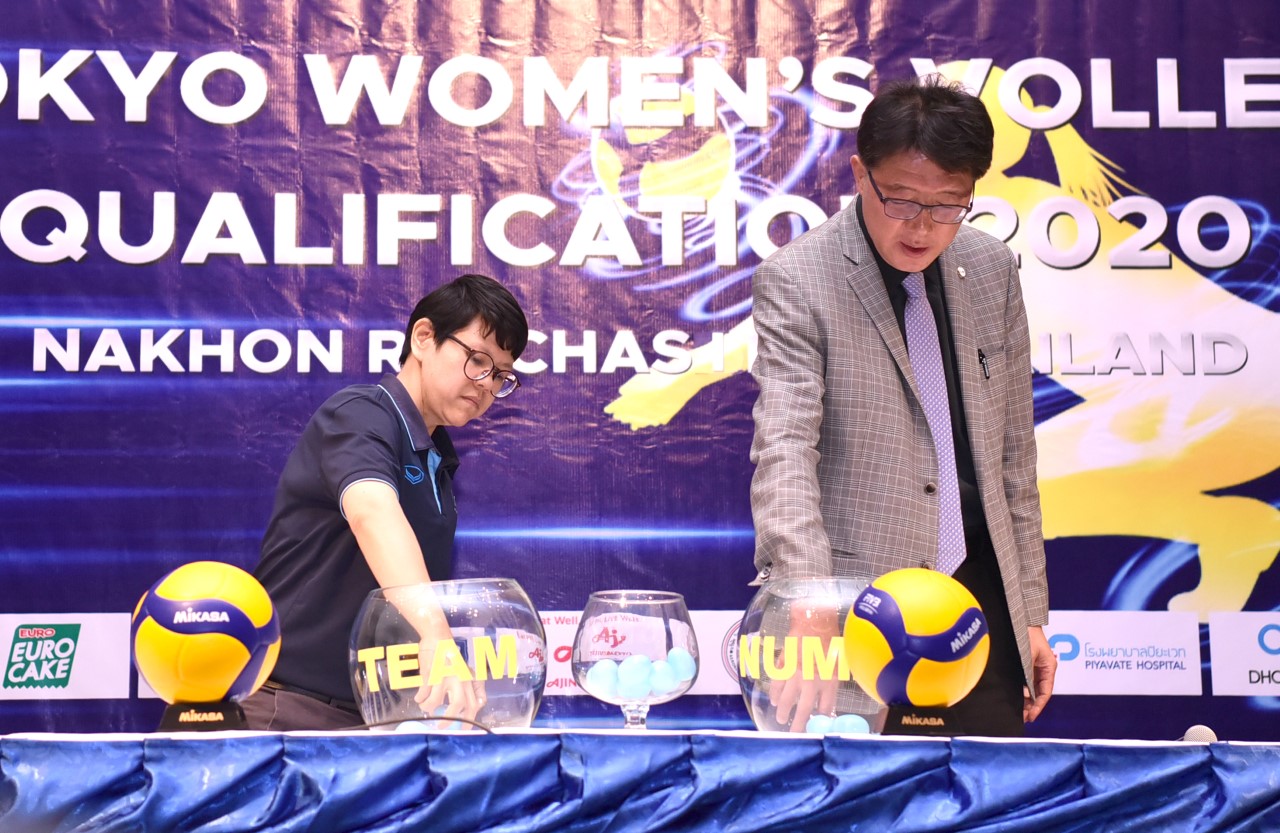 Mr Somporn Chaibangyang, President of Thailand Volleyball Association, and AVC Secretary-General Mr Shanrit Wongprasert jointly presided over the press conference and the drawing of lots at Golden Tulip Sovereign Hotel Bangkok on Monday, with representatives from sponsors and supporters as well as Thailand women’s national volleyball squad and a number of local journalists in attendance. 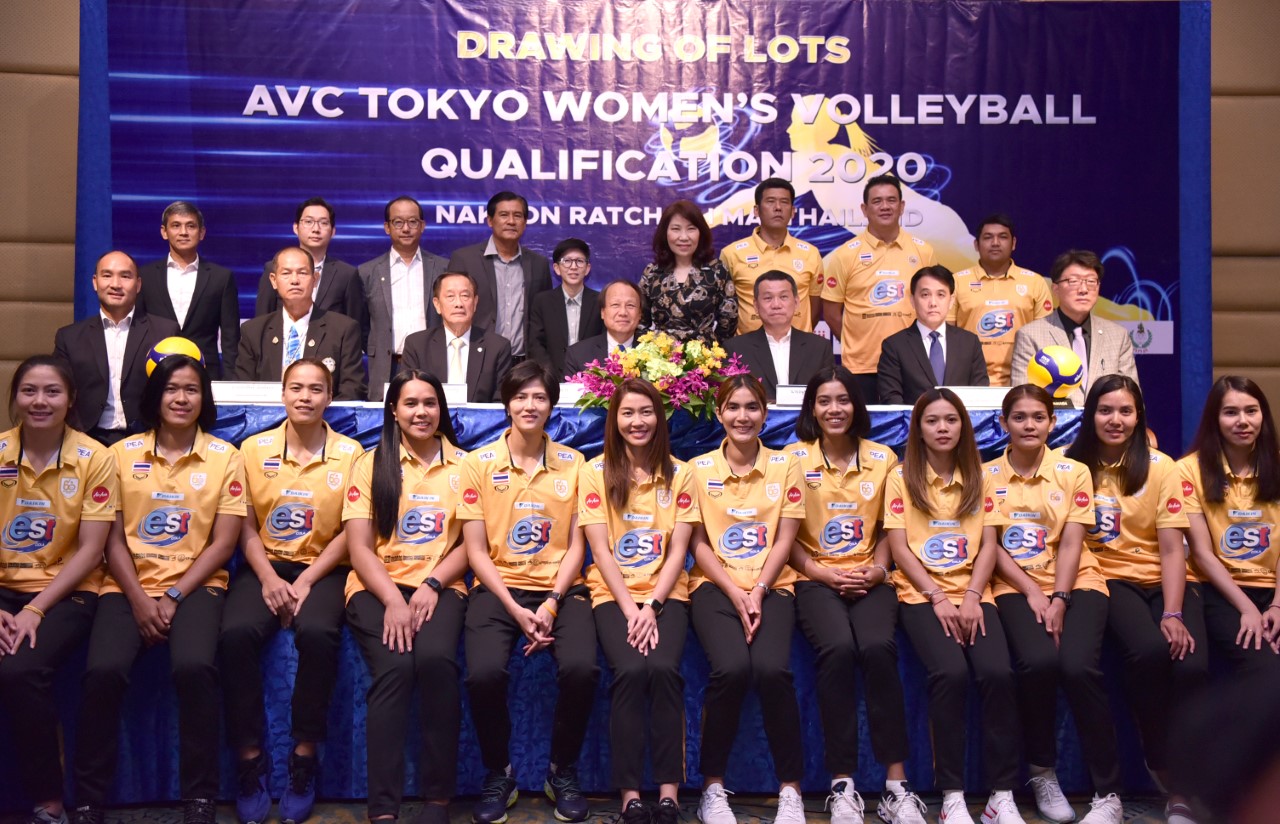 With a recent withdrawal of Hong Kong China, only seven teams will strut their stuff in the AVC Women’s Tokyo Volleyball Qualification 2020 at the 5,000-seater Chatchai Hall in Nakhon Ratchasima, Thailand from January 7 to 12, 2020 to vie for the top honour and the lone ticket for the Tokyo 2020. 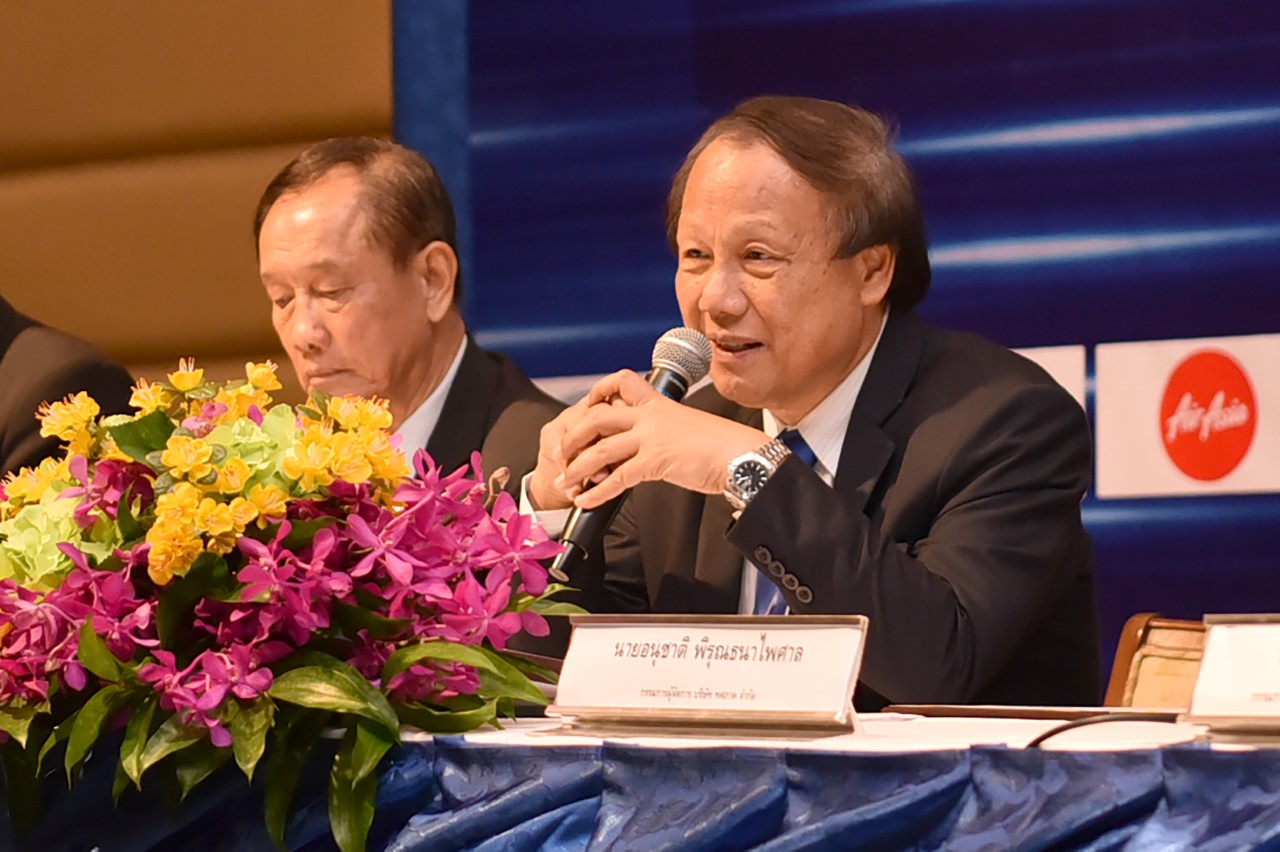 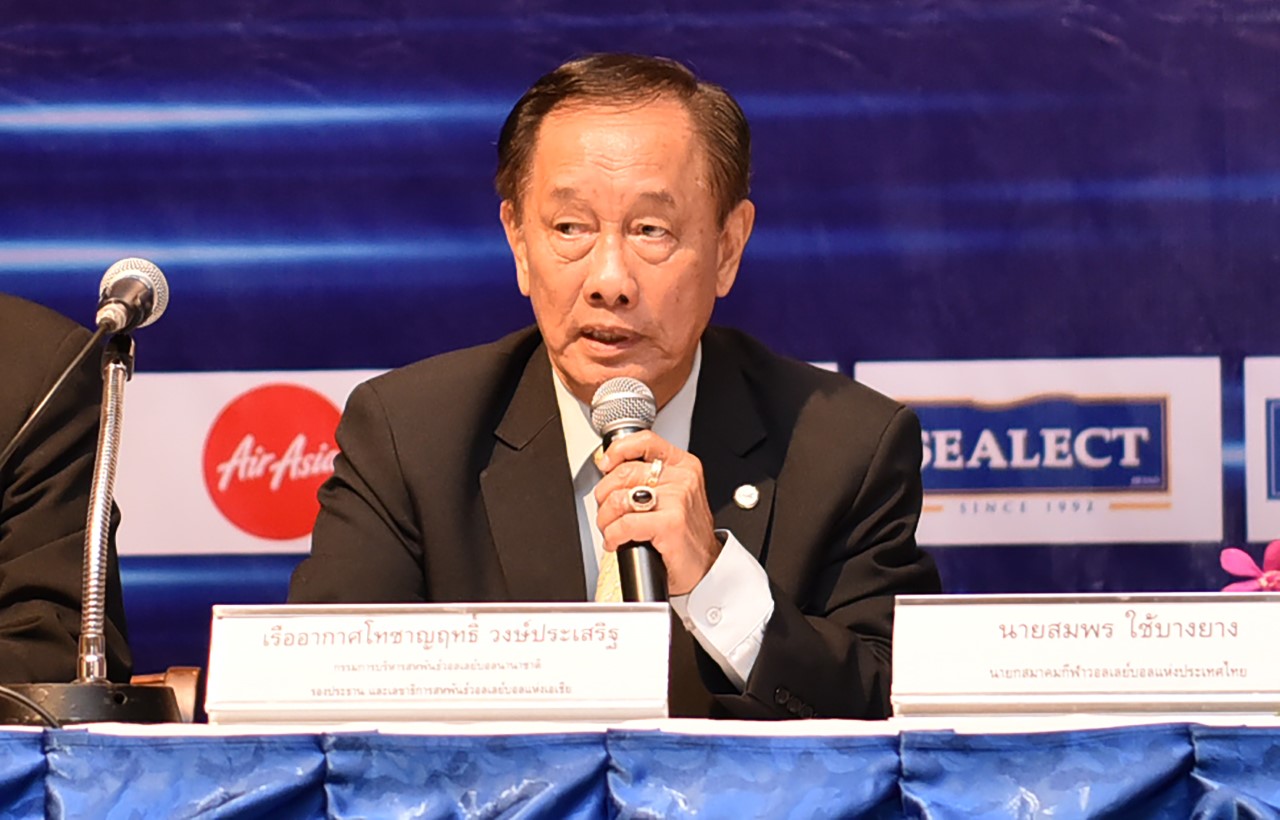 According to the draw results on Monday, hosts and current world No.14 Thailand are in Pool A with world No.32 Chinese Taipei and world No.30 Australia, while Pool B features world No.10 Korea, world No.23 Kazakhstan, world No.39 Iran and world No.117 Indonesia. 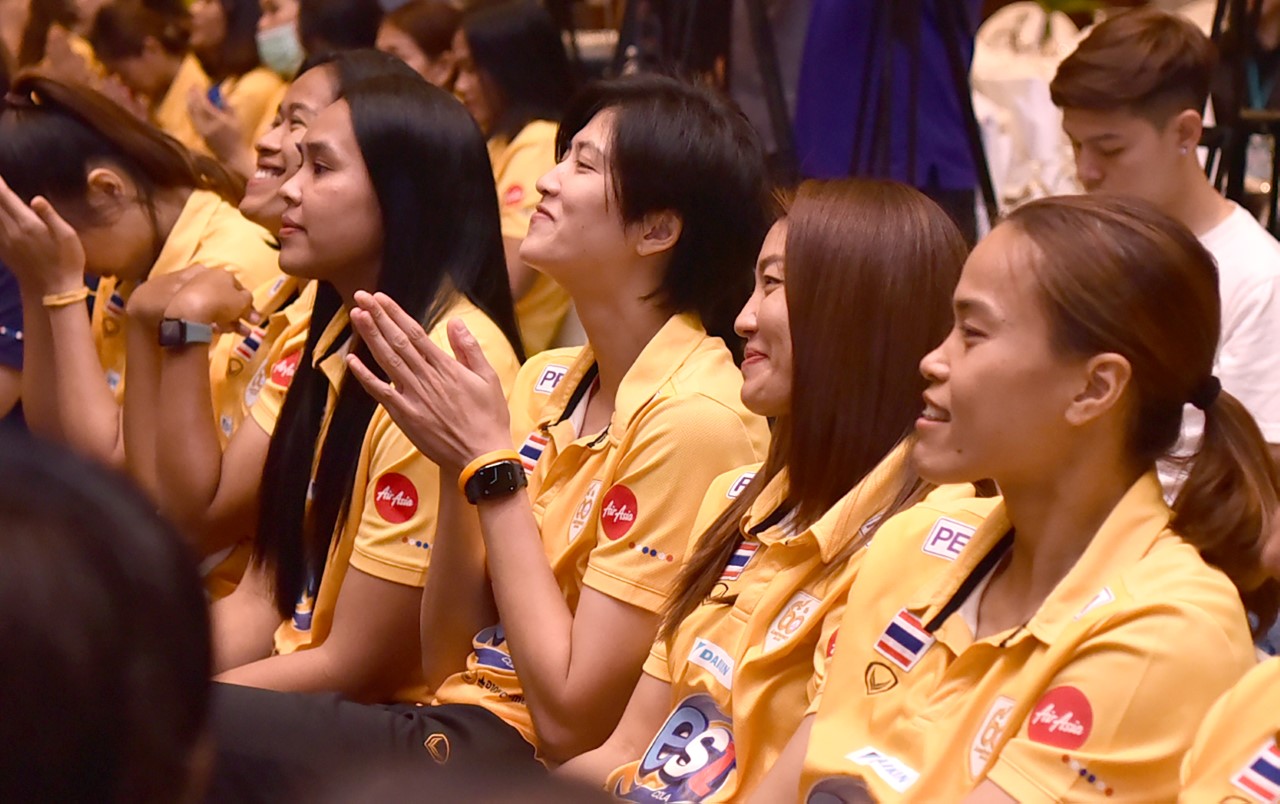 On January 7, the opening day of the AVC Women’s Tokyo Volleyball Qualification 2020 in Nakhon Ratchasima, hosts Thailand, consecutive two-time Asian silver medallists and also second place at the 2018 Asian Games in Indonesia, are due to take on Chinese Taipei, while Korea, with powerful hitter Kim Yeon-Koung at the helm and under the supervision of head coach Stefano Lavarini from Italy, will take on Indonesia and Iran play Kazakhstan.

Thailand will have a rest day on January 8, while Australia will meet Chinese Taipei, Indonesia challenge Kazakhstan and Korea play Iran. On January 9, Thailand will play their last preliminary match against Australia, with Indonesia pitted against Iran and Kazakhstan challenging Korea. 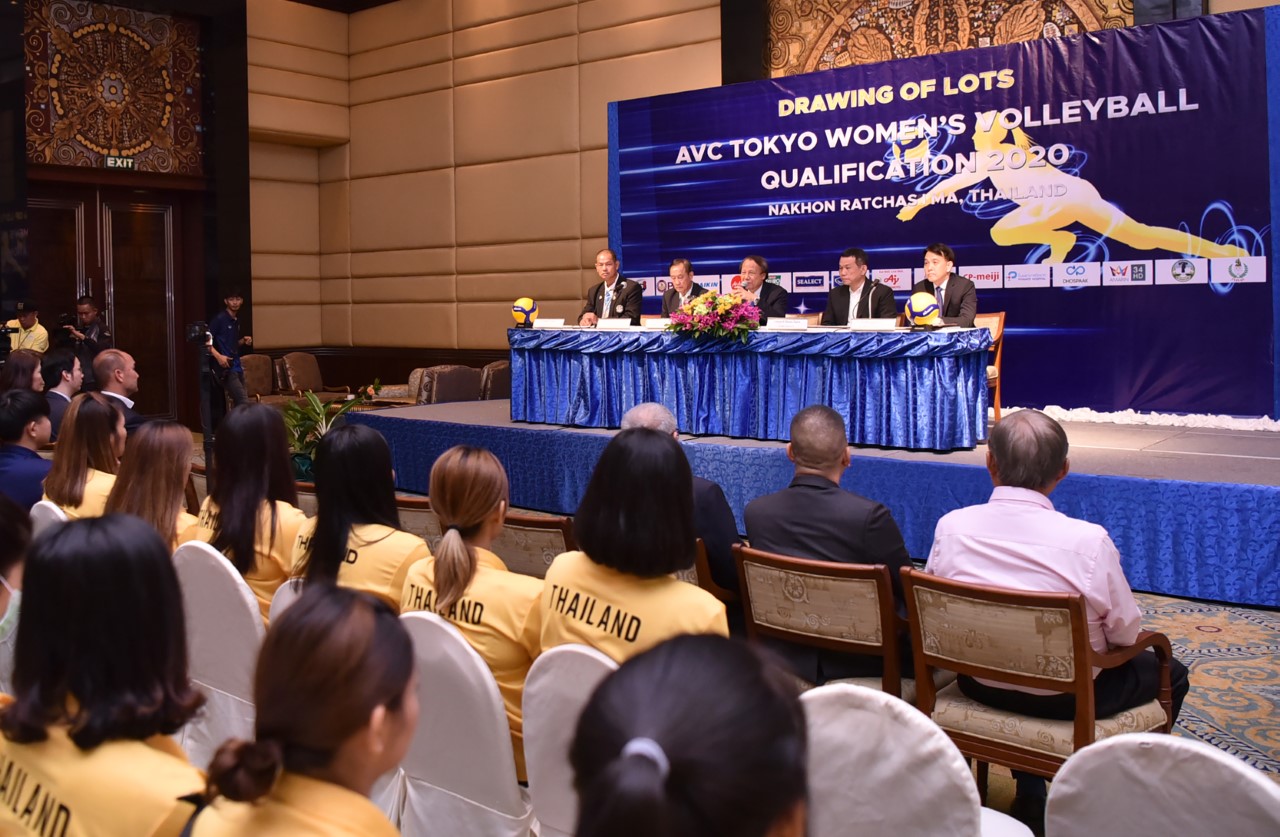 After the three-day pool plays, January 10 will be a rest day, with teams finishing 3rd and 4th places from each pool clashing out of the competition and returning home. The top two teams from each pool will contest the cross semi-final encounters, with Pool A winners taking on Pool B second place and Pool B winners battling it out with Pool A second place.

The two winners in the semi-finals set up a final showdown, where only the eventual winners will secure their berth to the Tokyo 2020. The two losing sides will fight it out in the third-place playoff encounter.

Thailand women’s volleyball team have never made it to the Olympics. However, as the AVC Women’s Tokyo Volleyball Qualification 2020 will be held on home soil, the Thai spikers brimmed with confidence that they can make their mark before home fans to make their Olympic dream come true. Without any doubt, Korea will be the closest rivals against  the host side. The Koreans have qualified for the Olympics for several times. Their best performances in the Olympics came in 1976 in Canada, where they returned with a well-earned bronze medal. The Koreans respectively finished 4th and joint 5th places at the 2012 in London and 2016 in Rio de Janeiro, Brazil. 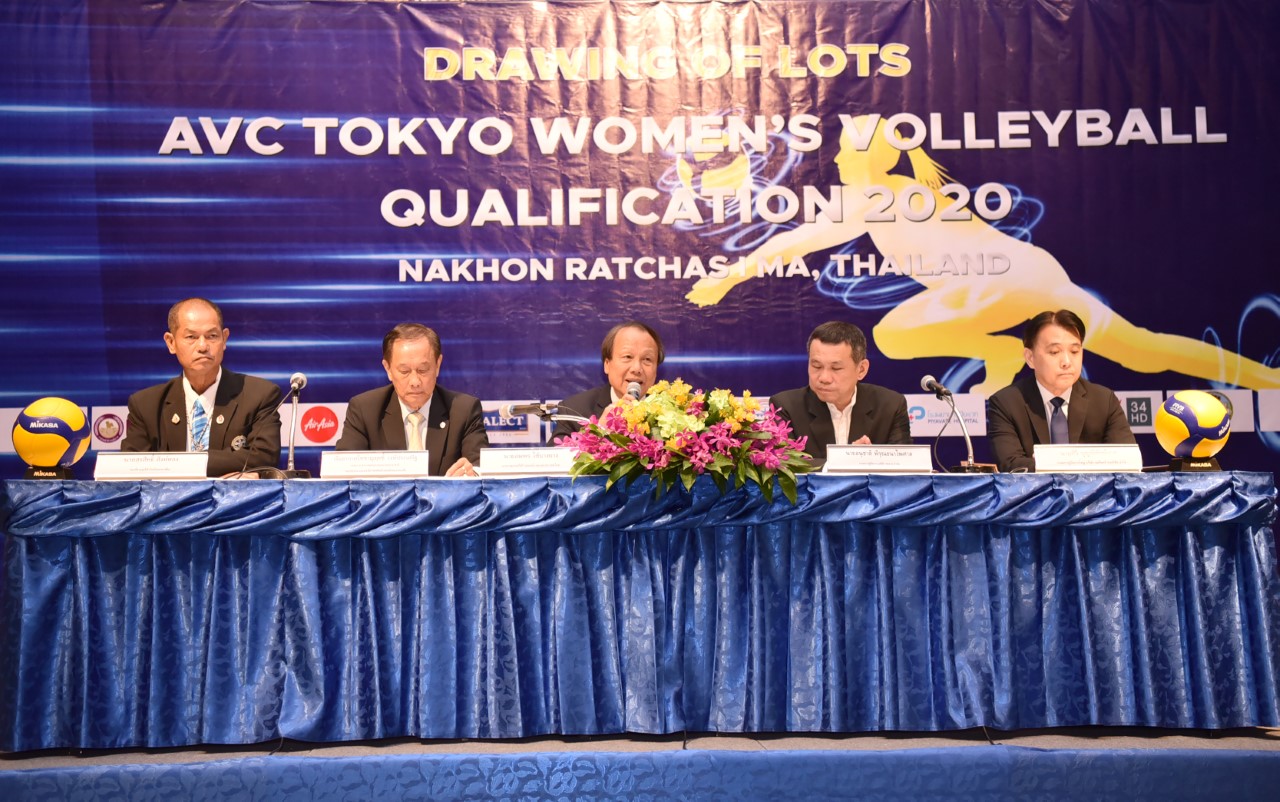 January 9, 2020
Thailand vs Australia, Iran vs Indonesia, Kazakhstan vs Korea 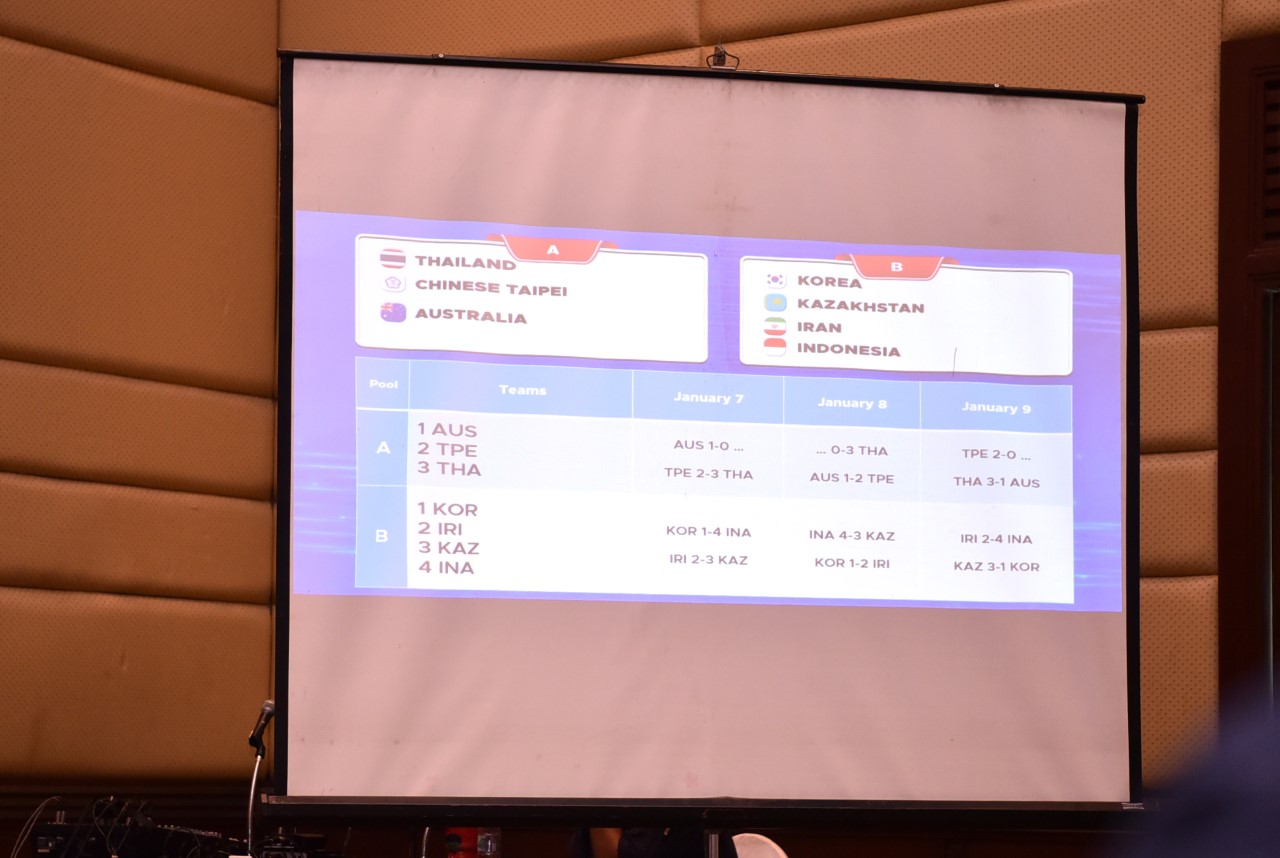 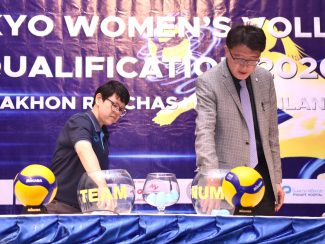 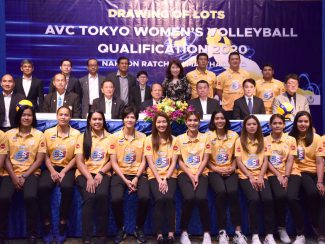 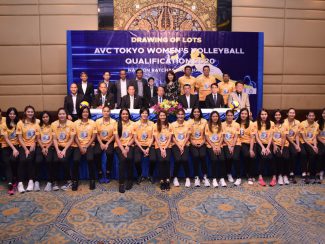 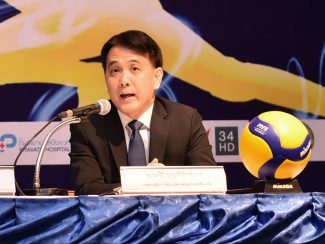 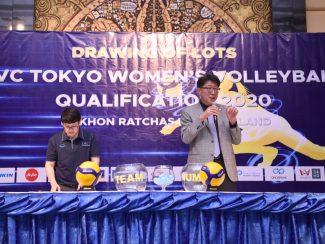 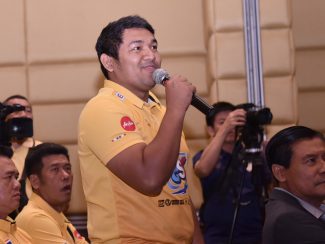 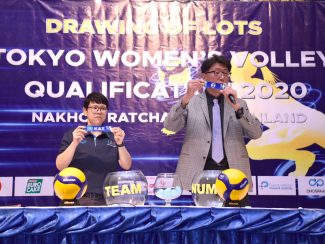 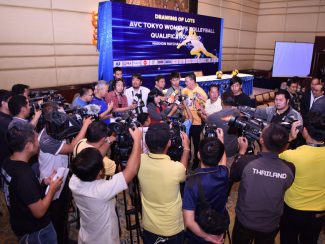 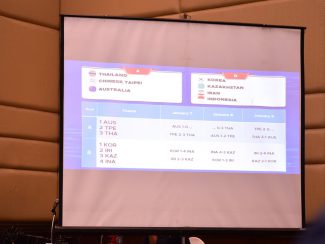 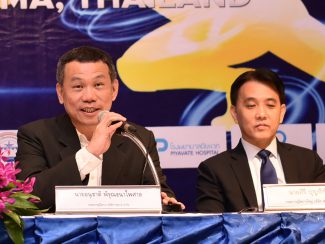 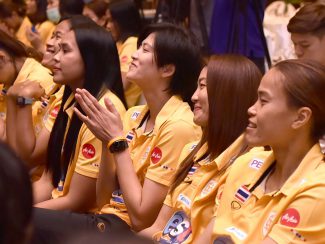 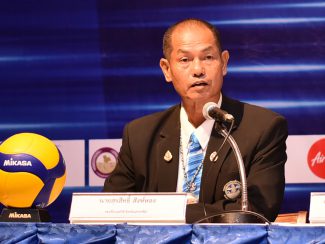 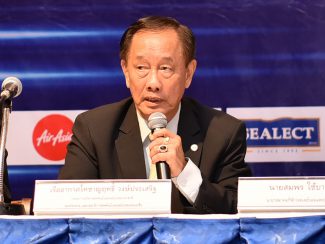 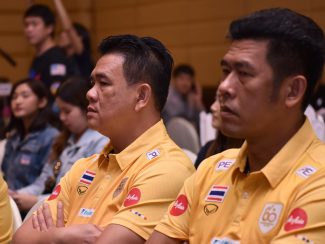 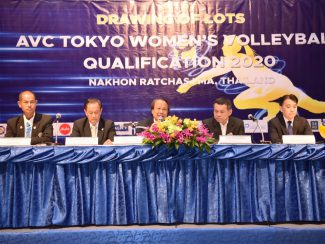 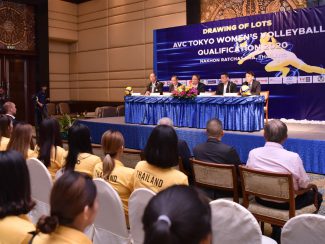 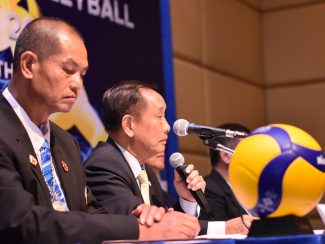 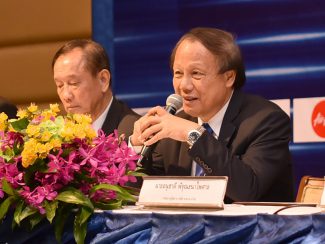