Japan outplayed the Czech Republic on the way to a 3-0 (25-15, 25-20, 25-12) blowout in Arnhem as the second round of Pool D matches at the FIVB Volleyball Women’s World Championship 2022 got underway on Monday. It was Japan’s second straight-set win and the Czech Republic’s second loss at the tournament. 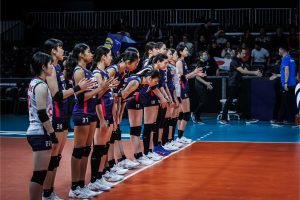 In another Pool D game later on Monday, Brazil and Argentina will engage in a neighbourly South American clash, starting at 18:30 local time (16:30 GMT), while China and Colombia will complete the second leg in the pool on Tuesday at 14:00 (12:00). The top four teams from each of the four round-robin pools will advance to the second pool phase of the tournament.

Outside hitter and captain Sarina Koga led her teammates to an emphatic victory, delivering the match high of 20 points, including three aces and two blocks. Middle blocker Haruyo Shimamura excelled in offence with an impressive success rate of 72% in attack to tally a total of 15 points, including two blocks. Outside Arisa Inoue also finished with 15 points, two of which she scored from the serving line. 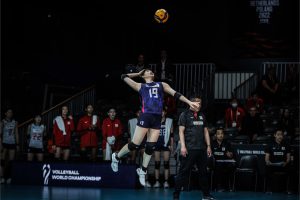 In a completely one-sided first set, Japan’s serves produced four aces, by opposite Mayu Ishikawa for 7-5, by Koga for 11-6, by setter Nanami Seki for 20-10 and by Inoue for 22-12. Koga contributed as many as seven points in the set, including the 25-15 winner. 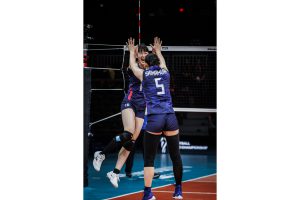 The Czech Republic started set two with an ace by outside hitter and captain Andrea Kossanyiova and then pushed forward to a 5-1 lead, before Japan started working on their comeback. The Asian side caught up at 9-9 on a kill by Inoue and regained control for the rest of the set. Koga fired another nine points, including an ace for 19-13, and eventually outside Kotona Hayashi spiked successfully to close it off at 25-20. 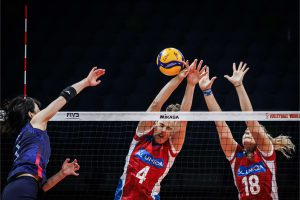 Japan hit no speed bumps in the third set on the way to a clean sweep. They quickly re-established their superiority and opened a 7-3 gap to prompt their opponents’ first timeout of the set. With Shimamura on fire at the net, the Japanese kept pace through 16-12 and then took off on an amazing nine-point run, crowned by Inoue’s kill for the final 25-12.

“We had a lot of players in and out today, so it was kind of hard to adjust to who was playing on the court,” said Shimamura after the game. “I just kept telling myself to play as I always do at practice, in a good way.” 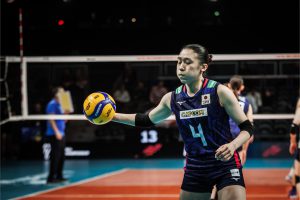 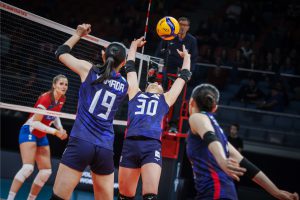