Suter has been in the role of National Head Coach in Switzerland for six years, during which teams under his guidance were able to achieve Olympic Qualification for the Tokyo Games, three consecutive years in FIVB top-20 rankings and multiple top-10 results on the World Tour. 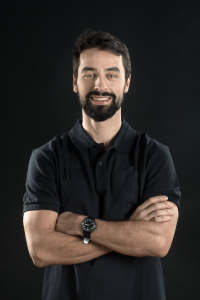 Having been involved with the SwissVolley program since 2011, Suter brings a wealth of knowledge and international experience to his new role with the senior men’s beach volleyball program, where he will work closely with the team in the build up to the Birmingham 2022 Commonwealth Games and Paris 2024 Olympic Games.

“It is a stimulating and exciting time for volleyball in Australia and our high performance programs are driven on building on our successes from the Tokyo Olympic Games.

“Michael is an outstanding addition to our beach volleyball program, and we look forward with great anticipation to him applying his talents, expertise and ideological approach to our group of senior male athletes,” he said.

Following on from his experience at the helm of the Swiss team, Suter now looks forward to the opportunity to lead the men’s beach program in Australia.

“After working in Switzerland for almost a decade, I am proud to be appointed in the role for Volleyball Australia,” Suter said.

“I couldn’t be more excited to take on the challenge of leading teams to compete at the highest levels and represent Australia.

“There is no doubt that we will have to work hard, but I am confident that we can, knowing the performance potential of the men’s squad.

“I am looking forward to working together with the other coaches, and the senior men’s program, to achieve success in the years to come,” he said.