New South Wales native Nehemiah Mote made his debut as captain in Week 1 of the 2021 FIVB Volleyball Nations League, seven years after first appearing for the senior Australian national team in 2014.

Mote was once the new kid on the block but is now expected to be the guiding force for Australia’s young team. 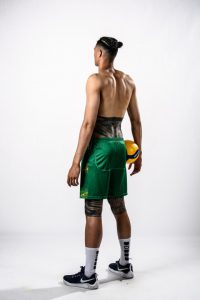 He began his way into the sport dreaming of following in his father’s footsteps and worked his way up the volleyball ladder with determination.

“My dad played volleyball for Samoa as a teenager and I hope I can represent my country too,” Mote said in the early stages of his career.

He represented Australia for the first time at the 2013 FIVB Volleyball Men’s U23 World Championship in Brazil, before his promotion to the senior team the following year.

Seven years later, the 27-year-old middle blocker is the designated captain of the Australian side, and is proudly leading a young, new squad at the VNL. 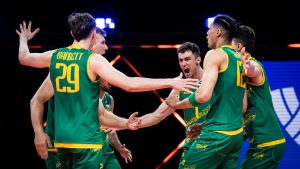 “I’m very pleased with the energy and efforts from the boys,” said Mote on their opening day performance against Germany.

“We have a very different looking side, we have nine new face, nine guys who haven’t played at the international level before. But they were definitely bringing energy.”

The first day did not go their way, but Mote believes that Australia have to stay calm and confident in the competition.

“We need to stay a little bit more poised in those situations when it is quite tight, and take our time. Especially in our service and so that we dictate our rhythm a little bit.

Australia are yet to claim their first win in the 2021 VNL, and began Week 2 with a loss to world champions Poland. They will hope to improve on that record this week but go up against tough opposition: Russia on Friday and USA on Saturday.