Determined Volleyroos battled hard against Russia, but found the defending two-time VNL champions too strong to fall short in thrilling three-setter 19-25, 24-26, 21-25 in the 2021 FIVB Men’s Volleyball Nations League in Rimini, Italy on Friday. 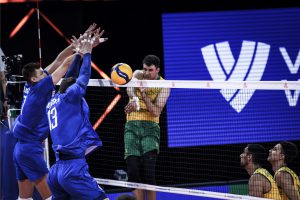 The Volleyroos had an exceptional start to the match with a strong blocking feature against the tall Russian team, however the Russians’ efficiency in attack saw them take out the first set. 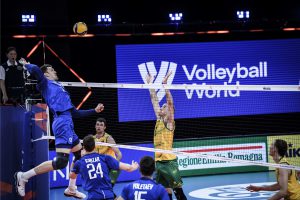 The Volleyroos had a superb start in the second set with their diverse attack distribution keeping the opposition block guessing. Nothing separating the two teams all the way until the very end in the second set. 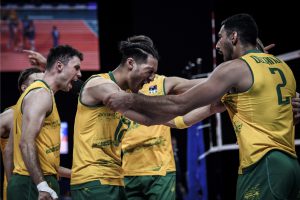 Like the first two sets, the Volleyroos dominated the start of the set, leading the opposition into the first technical timeout. The outstanding Volleyroos defense progressed their lead as the third set continued. But it was the Russians’ attacking serves, middle attack and composure that clawed themselves back into the set and victory. 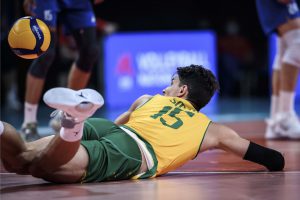 Dmitriy Muserskiy and Victor Poletaev scored 14 points apiece on the Russia’s winning efforts, while Luke Smith led Australia with 13 points including 11 attacks and one block. 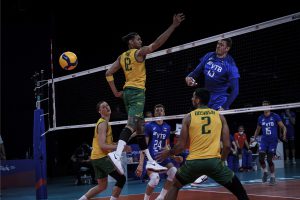 Volleyroos Head Coach Marcos Miranda was pleased the players were able to reset and re-installed their confidence and understanding in each other after the match against Poland yesterday. 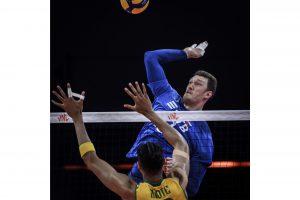 “Today we fought for every point with confidence and the team did their best but went down in three hard fought sets to Russia,” Miranda said.

A committed, determined and fighting performance from our Volleyroos in a match much tighter than the 0-3 scoreline suggests against the world class Russian team. 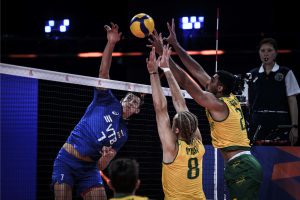 “We want that victory and Russia played well today, so our victory didn’t come. We hope to go to the next match with the same mindset and I know we will do our best and eventually get our victory,” Miranda said. 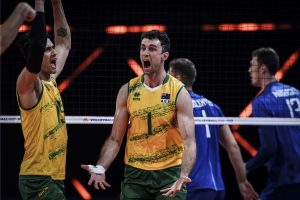 JAPAN BEATEN NARROWLY BY FRANCE FOR THREE LOSSES IN A ROW AT 2021 VNLMOTE: A NEW LOOK AND NEW ENERGY