Hamburg, Germany, June 28, 2019 – Laura Ludwig was handling mother duties in the morning as her son Teo turned one here Friday on the opening day of the US$1-million FIVB World Championships presented by comdirect and ALDI Nord at Am Rothenbaum Stadium.

“It was an amazing feeling,” said the 33-year old Ludwig, who captured her Olympic and world championship gold medals with Kira Walkenhorst. “I really had to focus and concentrate to stop myself crying because, I don’t know if it was the hormones, I felt the tears the coming. I needed to make sure the goosebumps were not overwhelming, but I managed to stay focused on the court.”

In avenging a set back to the Americans two weeks ago in Warsaw during the elimination rounds, Ludwig and Kozuch face 10th-seeded Maria Antonelli and Carolina Salgado of Brazil at 8:30 p.m. (local time) Sunday with the winner of that match gaining the lead of Pool J.

“I wasn’t looking at the pools,” Ludwig added.  “I was focusing on us which was the most important thing. I can say it again and again and again: it’s about us and no-one else. They’re a good team, we lost to them already, but that time I think it was us losing ourselves. But we knew our game would come good – we’ve just stayed patient and trusted the process.”

Ludwig felt that the Americans “were maybe a bit intimidated, it’s their first world championship and their first game on the center court, there’s a lot of waiting around, then of course we had the third man on the court – the crowd were great – and I think that put some pressure on them. They’re a good team for sure, they showed that already in Poland.”

As for Antonelli and Carolina, Ludwig said “it will hard but if you want to do well in a world championship you’ve got to play well against all the good teams. They’re also playing well but I know we can play well”

Antonelli and Carolina, who defeated Ludwig and Kozuch in a three-set pool match May 30 in Ostrava, Czech Republic, posted a 2-0 (21-11, 21-17) win in 23 minutes Friday over 39th-seeded Francisca Ikhiede/Tochukwu Nnoruga of Nigeria. 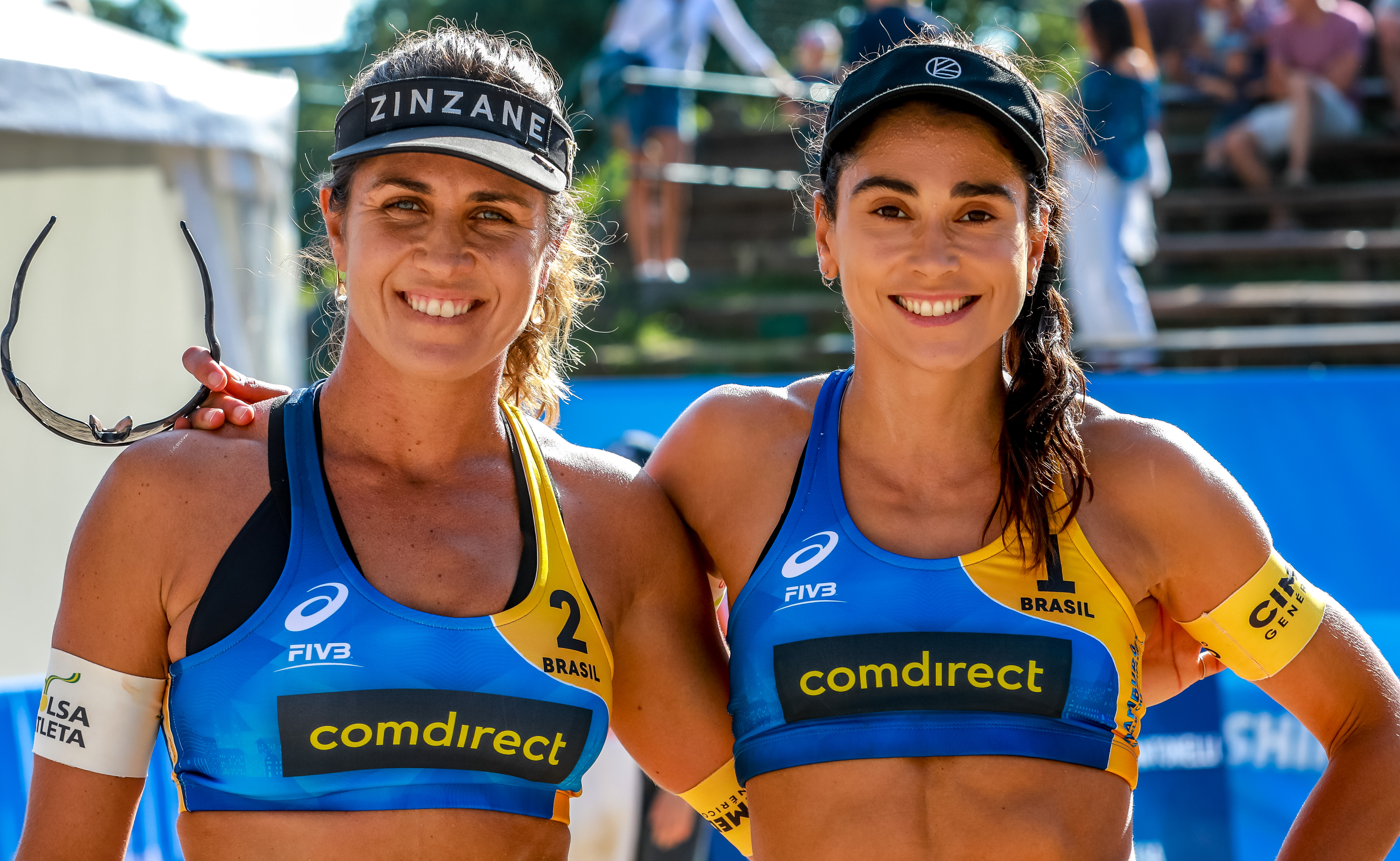 “I’m expecting a really nice game, I know it’s going to be a big crowd, a lot of people will come here and I’m sure it’s going to be a really tough game,” said Carolina about their pending match with the Germans. “We’re just thinking about paying our best, play the way that we like to play together and fight a lot.”

Despite their setback Friday to the Germans, Larsen and Stockmen still have an opportunity to advance from pool play to the elimination rounds as the American’s next match is Sunday at 7 p.m.  The loser will likely be eliminated from the competition as two teams play the undefeated Brazilian and German pairs Tuesday. 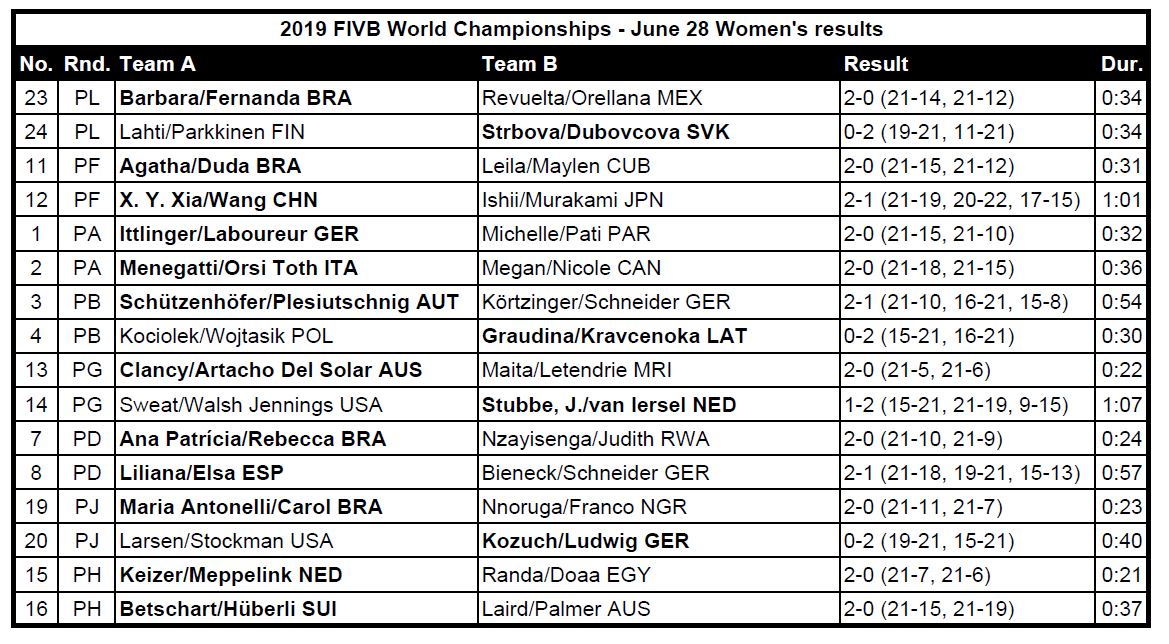