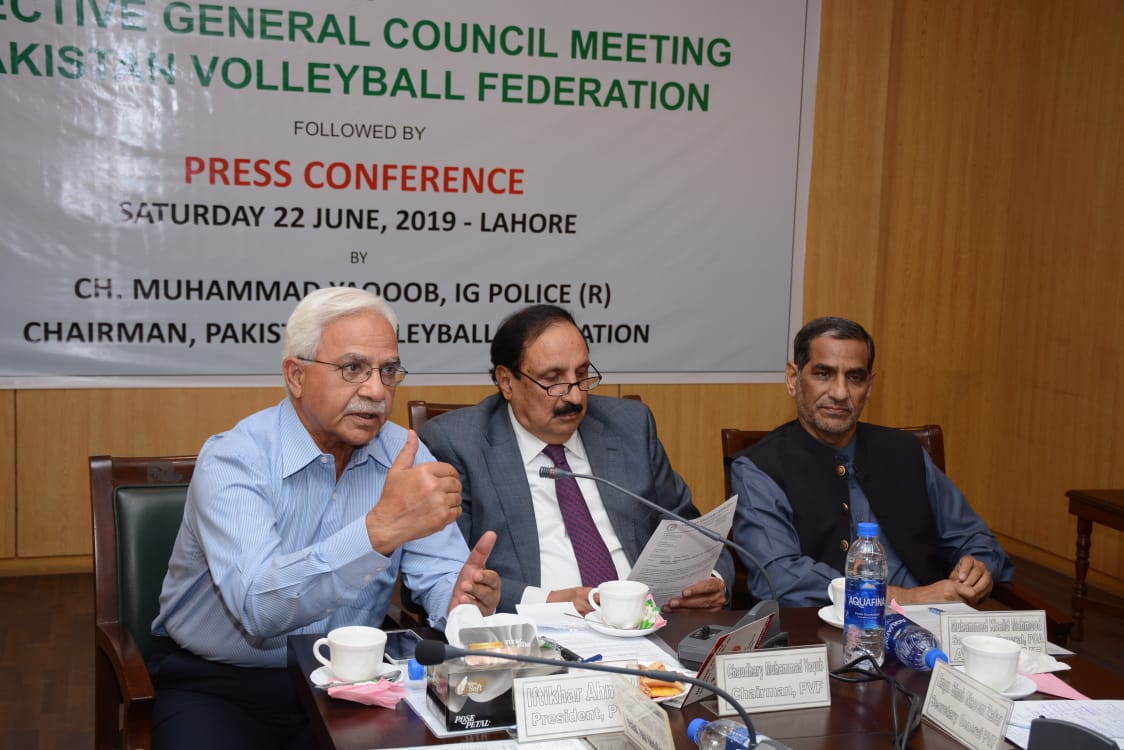 PVF Chairman Mr Chaudhary Muhammad Yaqoob presided over the one-day meeting to elect the office bearers of the Federation for the 2019-2023 term.

As a result of the unanimous election by the house, Mr Chaudhary Muhammad Yaqoop was re-elected for another working term as the PVF Chairman, while Mr Chaudhry Iftikhar Ahmed and Mr Muhammad Khalid Mahmood were respectively chosen as the PVF President and the Advisor. 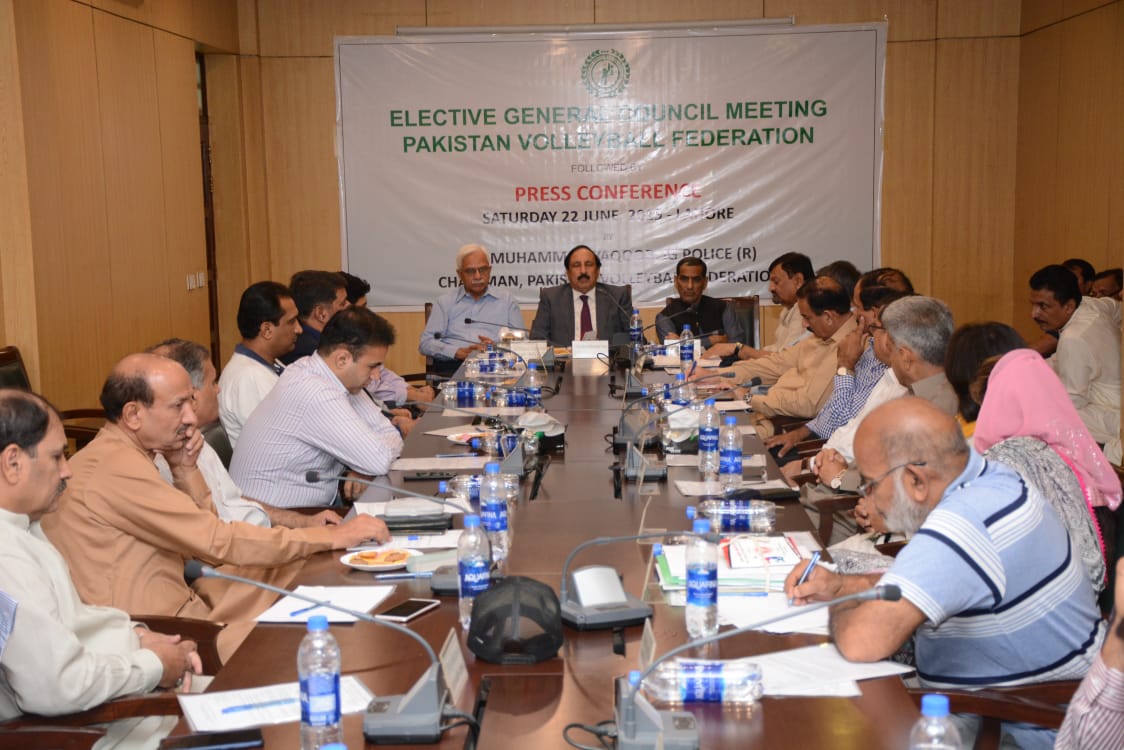 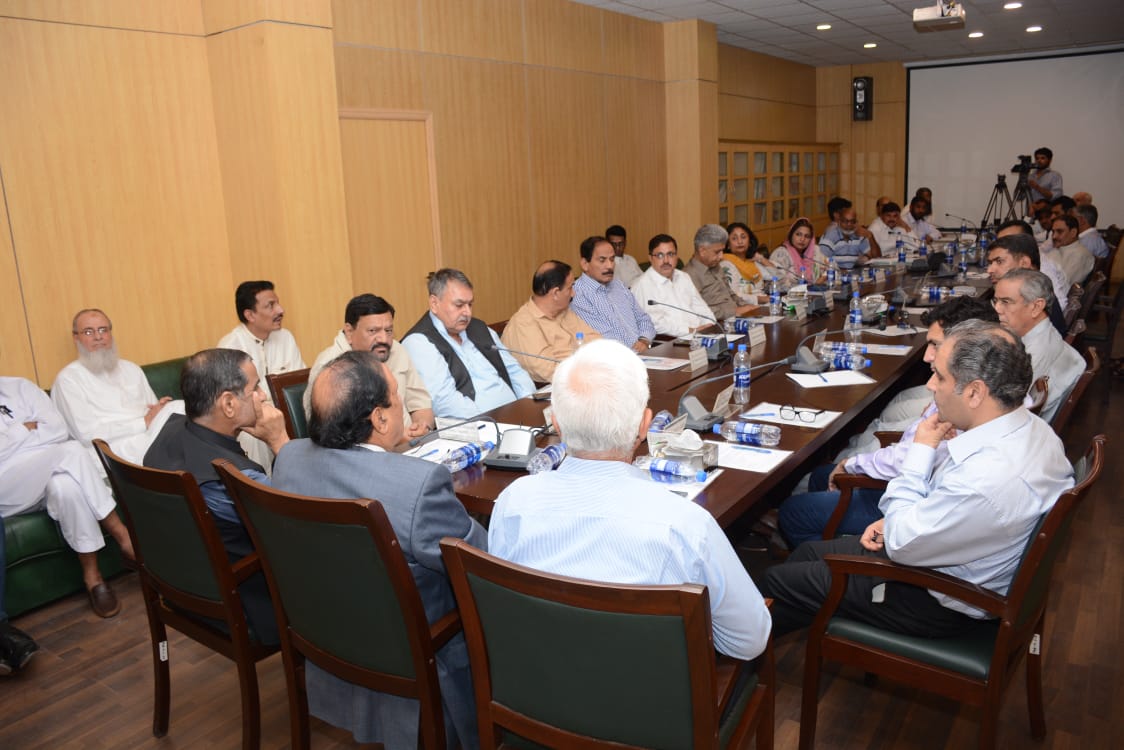 Meanwhile, the PVF has planned to get the inaugural Pakistan Super League (PSL) off the ground in March next year. Mr Chaudhry Muhammad Yaqoob, who was elected as the PVF Chairman for the second term, said that eight teams bearing the names of different cities, each sponsored by a franchise, would feature in the League.

“It will be mandatory for each team to include three foreign players,” Yaqoob added. “The League matches will be staged in Lahore Sialkot, Sahiwal, Islamabad and Peshawar. We have a good number of sponsors and there will also be the process of bidding to sell the teams to franchises,” he said.

Mr Chaudhry Muhammad Yaqoop said the PVF was also planning to start beach and indoor national championships for women on regular basis for which the women wing’s would chalk out a programe.

He also confirmed, under the PVF supervision, each province would hold three-month training camps in different cities from September.

Yaqoob revealed that Pakistan’s U23 team will take part in the Asian Men’s U23 Championship in Nay Pyi Taw, Myanmar from August 3 to 10, while the senior national team will strut their stuff in the Asian Senior Men’s Championship in Tehran, Iran from September 13 and the South Asian Games in Kathmandu, Nepal coming in December. 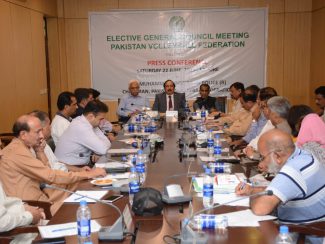 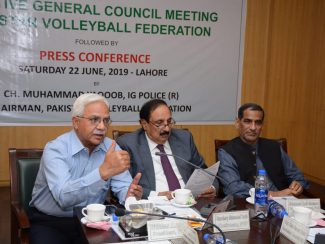 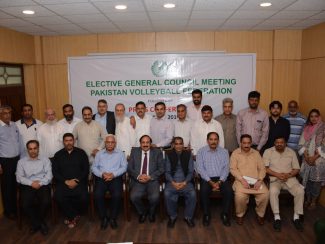