Lausanne, Switzerland, June 29, 2019 – Yuan Xinyue has quickly established herself as a key part of China’s team and this week she will be out to help China to home glory when they host the FIVB Women’s Volleyball Nations League Finals.

From July 3-7 the Olympic Sports Centre in Nanjing is the location where Jenny Lang Ping’s team will aim to improve on the bronze medal they won in 2018.

As hosts China were guaranteed a place in the Finals, but they made sure they weren’t short of momentum by winning three from three in week five at the Beilun Sports and Arts Center in Ningbo Beilun.

All three matches finished 3-0 and the 22-year-old Yuan scored nine points versus Germany, 10 against Bulgaria and 12, including this spectacular hattrick, as they beat 2018 FIVB world champions Serbia.

The middle blocker has already tasted golden glory when China topped the podium at the Rio de Janeiro 2016 Olympic Games, and she will need to continue that scoring run if she wants another medal to add to her collection. 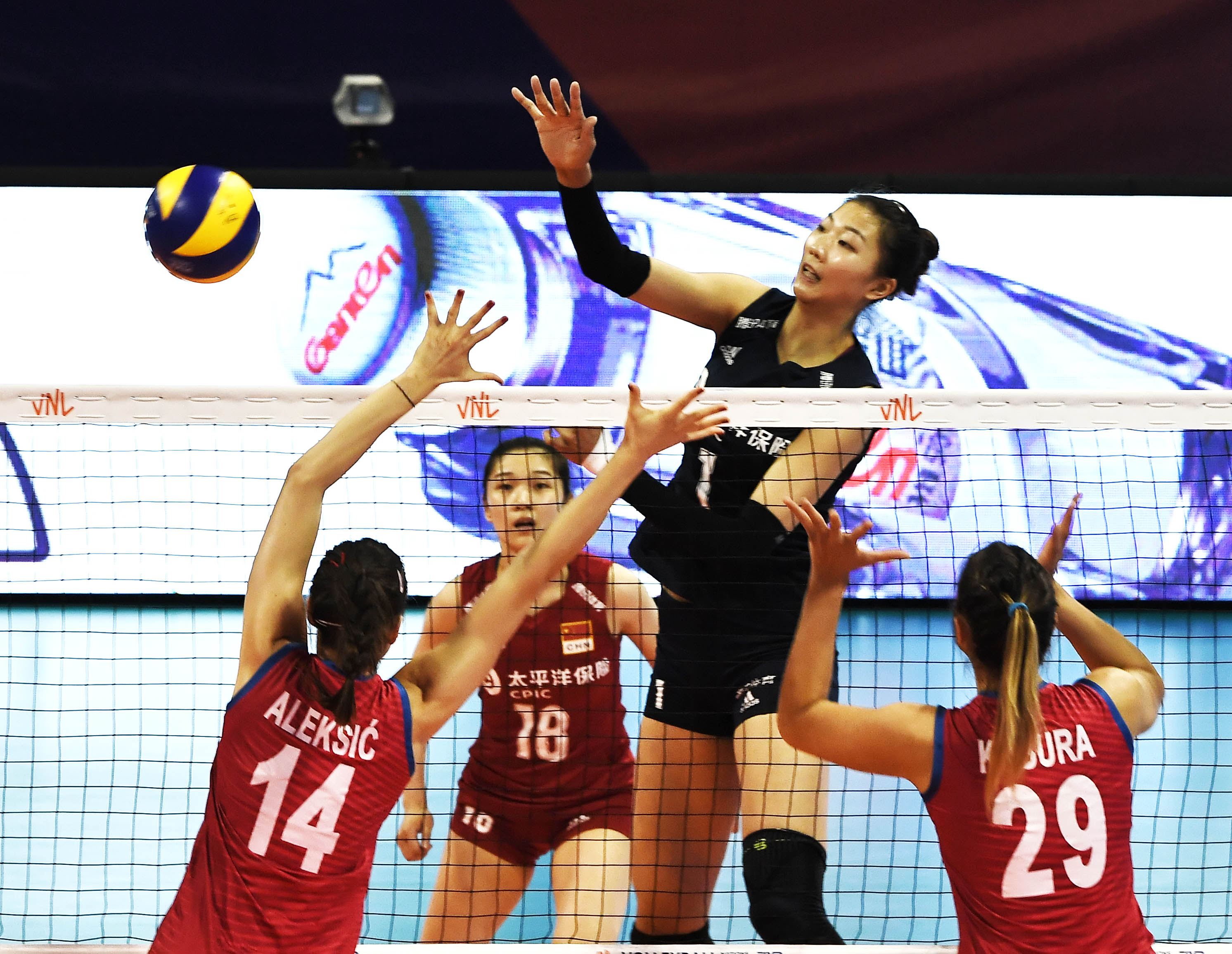