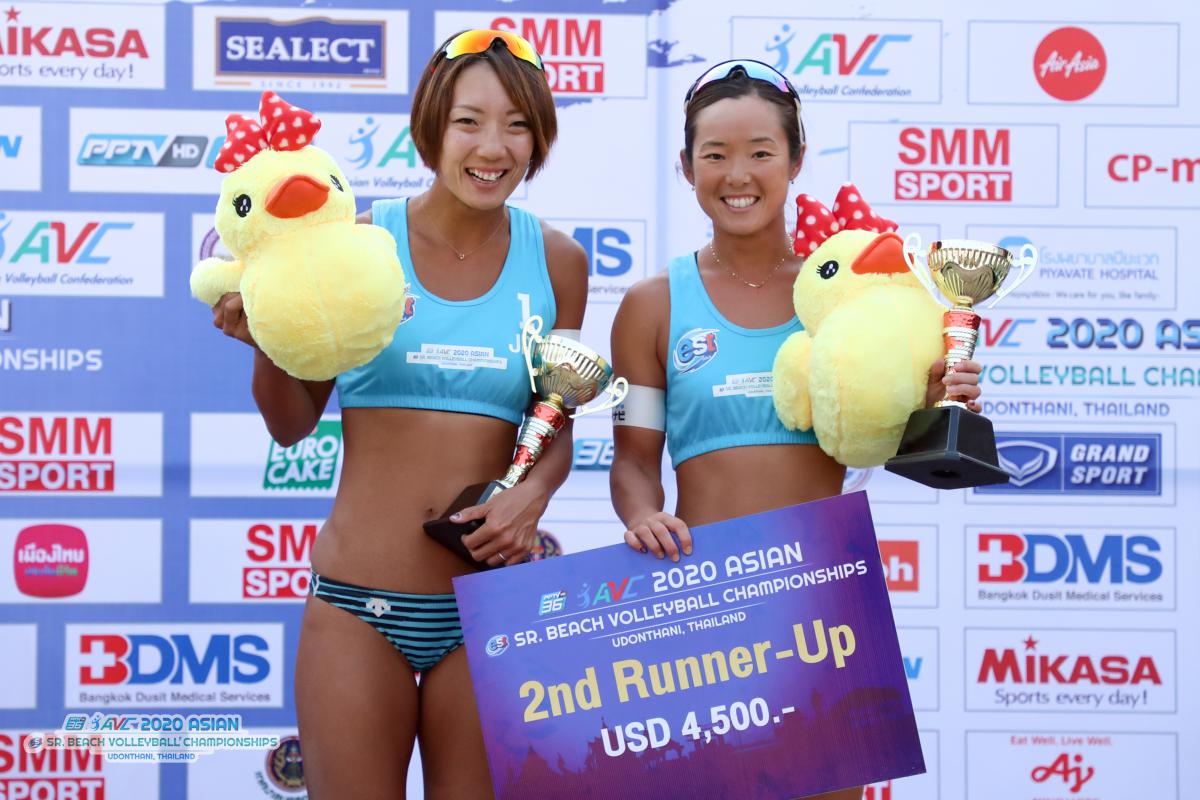 In a sport like beach volleyball where height is an advantage, Murakami and Ishii rely on great defensive instincts and quickness to counteract the strength of their much taller rivals, and their excellent technique and sharp wits help them win points.

“We are small compared to the other teams, but I hope that we can create positive impact by showing that even a small team like us can win,” Murakami said. 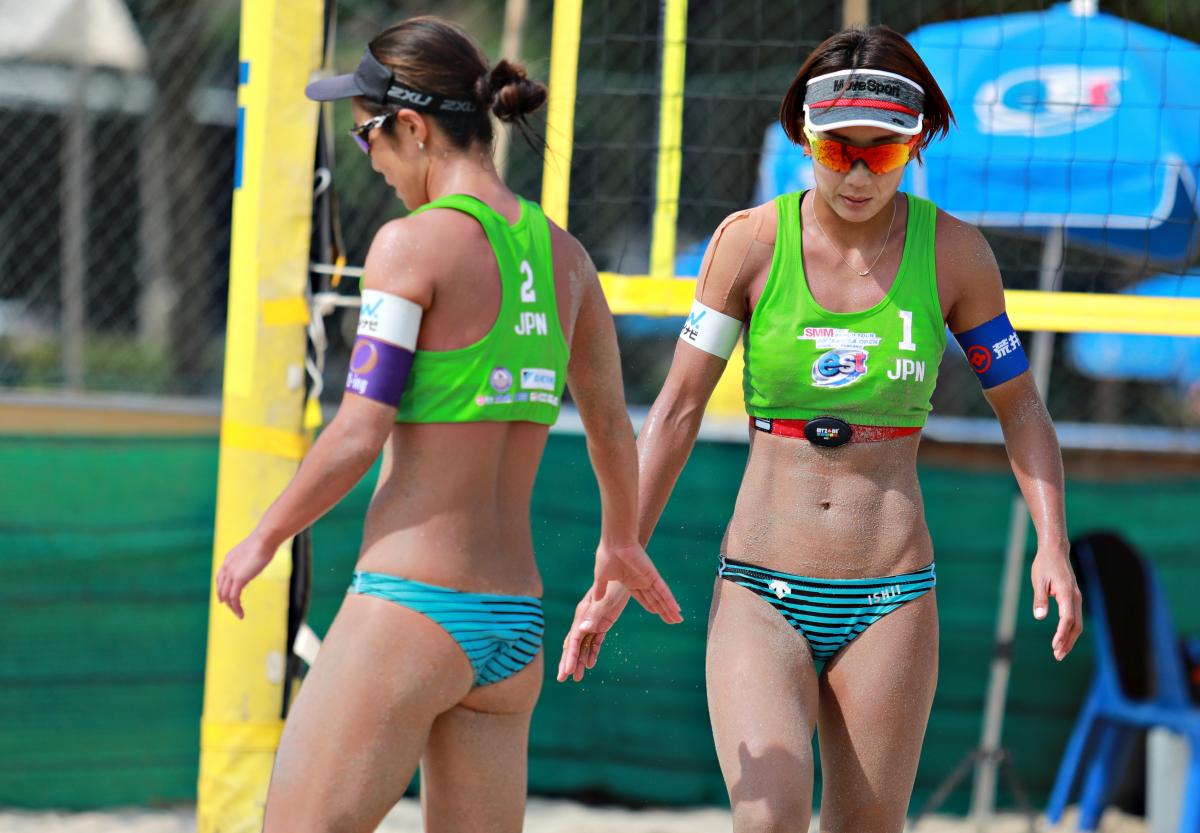 In the last five years, the Japanese duo has indeed walked tall in the land of giants of beach volleyball. They are ranked third in Asia and have conquered World Tour and AVC Tour podiums.

They recollected their best memories from the Tours, one being the 19th Asian Beach Tour Can Tho Open in Vietnam last year, when they topped the podium after their perfect nail-biting 2-0 (22-20, 29-27) finish against Thailand. 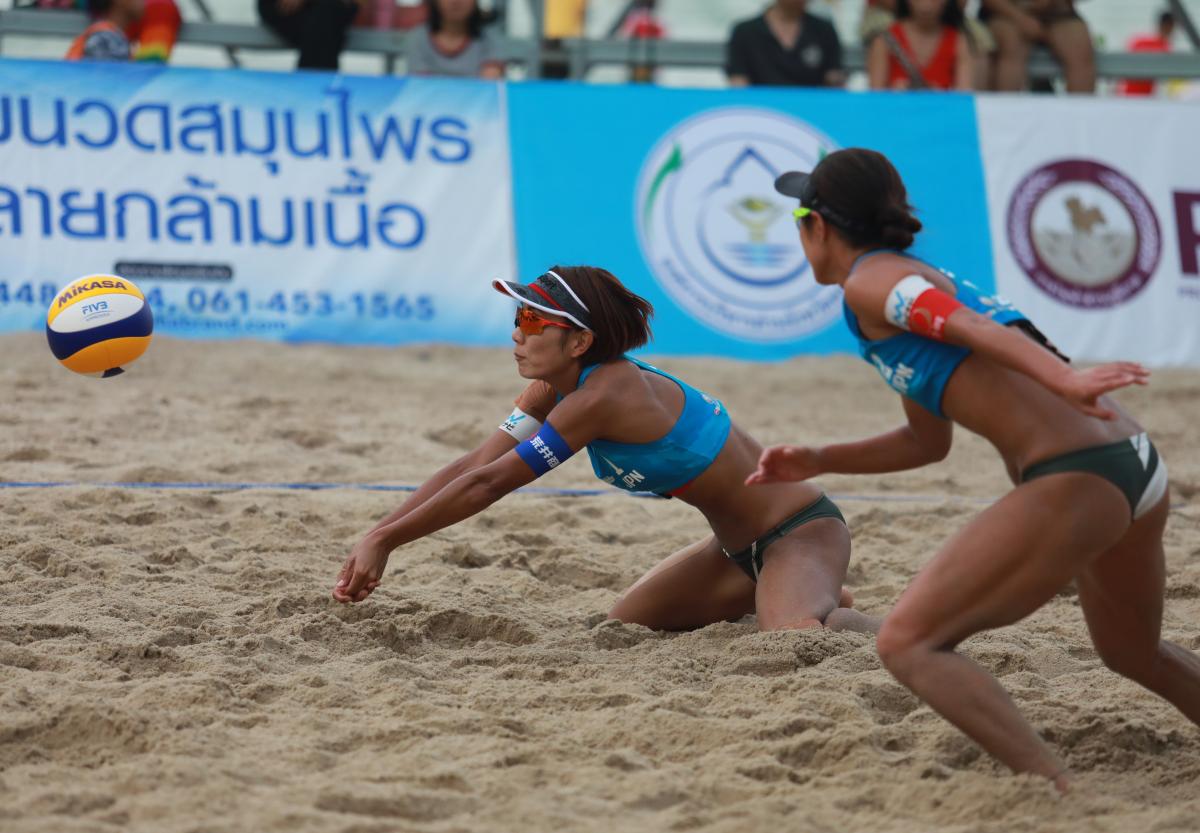 “The most memorable AVC tournament for me was the AVC Beach Tour in Can Tho because we overcame the hot weather and won the tournament,” Ishii said.

“Definitely the AVC Tour in Can Tho was memorable. It was too hot, but we still won,” Murakami agreed with her partner.

Their dramatic progress has mirrored that of the other beach volleyball teams in the AVC zone, as Asia and Oceania teams have increased its participation in international tournaments. The Japanese pair deems that the field has become tougher, but still a worthy challenge to rise to. 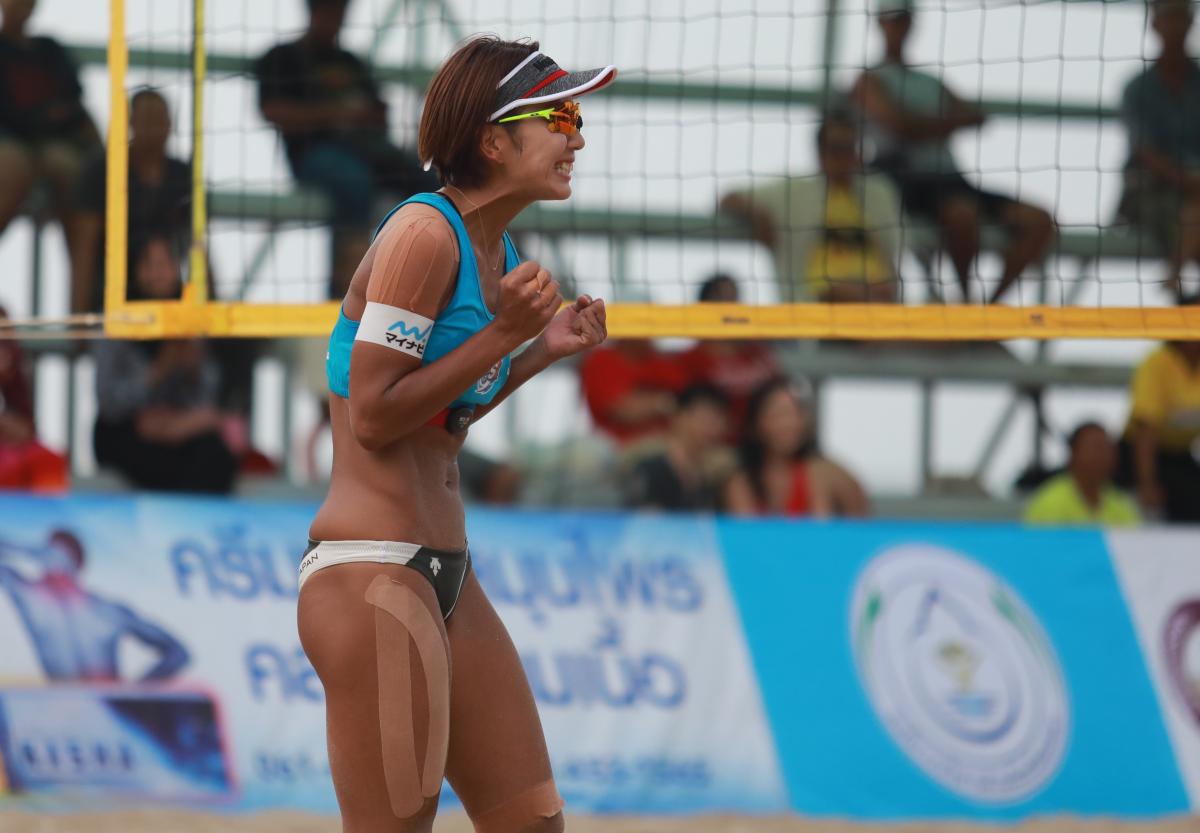 “The level of Asia-Oceania beach volleyball players has improved a lot,” Murakami said.

“Players like (Taliqua) Clancy of Australia are very competitive and good in each play. Then we have very tough opponents like Wang Fan/Xia Xinyi of China, whom we have played many times before, but have never won against them.”

“All teams are tough for me,” Ishii said. “The level of players in our zone has improved overall. Probably the strongest are Australia and China since they have gained a lot of experience in many tournaments in the past,” Ishii added.

“In general, teams need to be more active in participating in the World Tour and AVC Tour. Additionally, teams that have good cooperation with other teams and hold trainings together to play scrimmages, help raise each other’s competitive level.”

The year 2020 has been challenging for all athletes, without matches being played as most competitions are on hold, postponed or cancelled. Murakami and Ishii faced these challenges and had to improve on their daily routines to adapt to the new normal, with the Tokyo 2020 Olympic Games in mind.

Murakami particularly felt confused when the Tokyo 2020 Olympic Games has been postponed to 2021, but she realized that everything has a purpose.

“I was bewildered with the postponement of the Olympic Games. This pandemic made me realize how comforting it is for athletes to be competing and having tournaments greatly influences our motivation.

“The pressure rises as the Olympic Games approaches. Many great athletes from all over the world will aim for great performances at the Olympics. For us, the sight of a Japanese team winning a tournament is an opportunity to provide excitement to our home crowd. 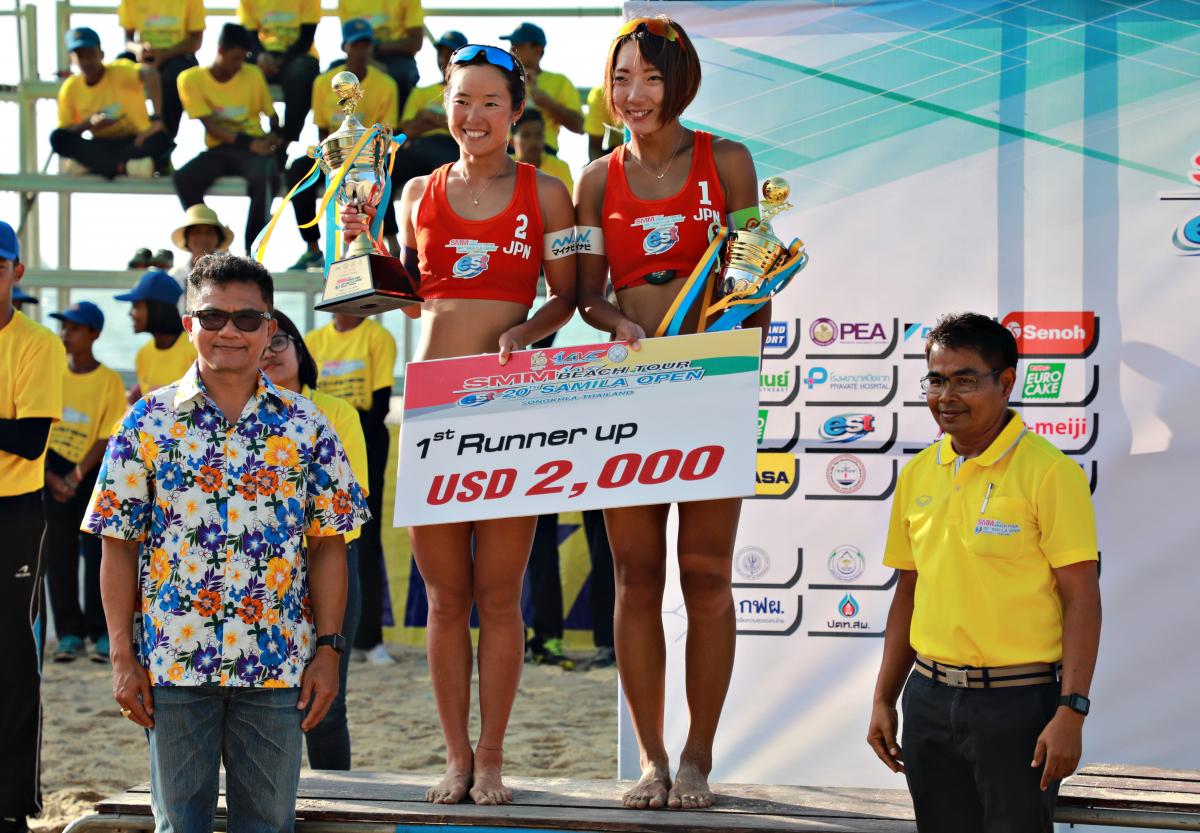 “The toughest part is to do the daily training and the most fulfilling part is when we travel the world to play. I think all of these things made us who we are. I believe that all these experiences, whether good or bad, have shaped us to compete at the Tokyo Olympics.”

Ishii also felt the pressure but knows that she is not alone in this journey to the Olympic Games.

“When the Tokyo 2020 was postponed and other events were suspended or cancelled, there were some changes in our mindset. Of course, there is pressure because you will play in front of your home crowd, but as athletes, there should be no changes in what you should do and that is to be always at your best.

“Everything in this journey is tough, but the connection with your partner and the relationships you develop with others in beach volleyball is fulfilling. I feel that I am not alone in this journey.” 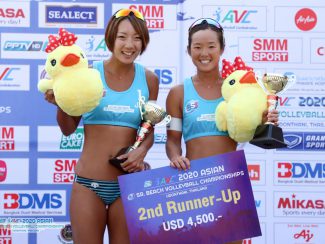 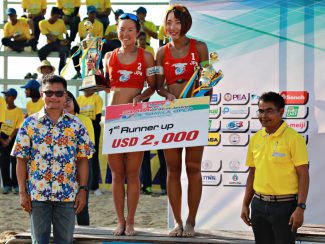 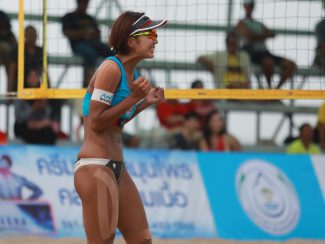 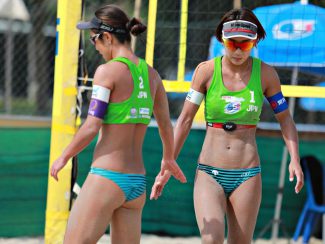 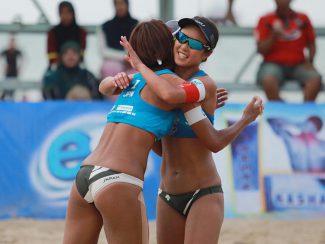 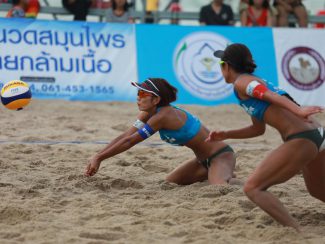