Tel Aviv, Israel, November 9, 2019 – The teams of Reika Murakami/Kaho Sakaguchi of Japan and Samuele Cottafava/Jakob Windisch of Italy topped the men’s and women’s podiums here Saturday on Frishman Beach at the conclusions of the first-ever FIVB World Tour event in Israel.

The “third” time was the charm for third Murakami and Sakaguchi as the Japanese put aside a pair of FIVB World Tour silver medal finishes last season in Korea and Liechtenstein to post a 2-0 (21-19, 21-16) win in 36 minutes over eighth-seeded Line Hansen/Okholm Hansen of Denmark in the women’s finale.

In the men’s title match, the top-seeded Samuele Cottafava and Jakob Windisch of Italy secured their second FIVB World Tour gold medal with a 2-0 (21-12, 21-17) victory in 30 minutes over second-seeded Daniel Thomsen/Martin Trans Hansen of Denmark. 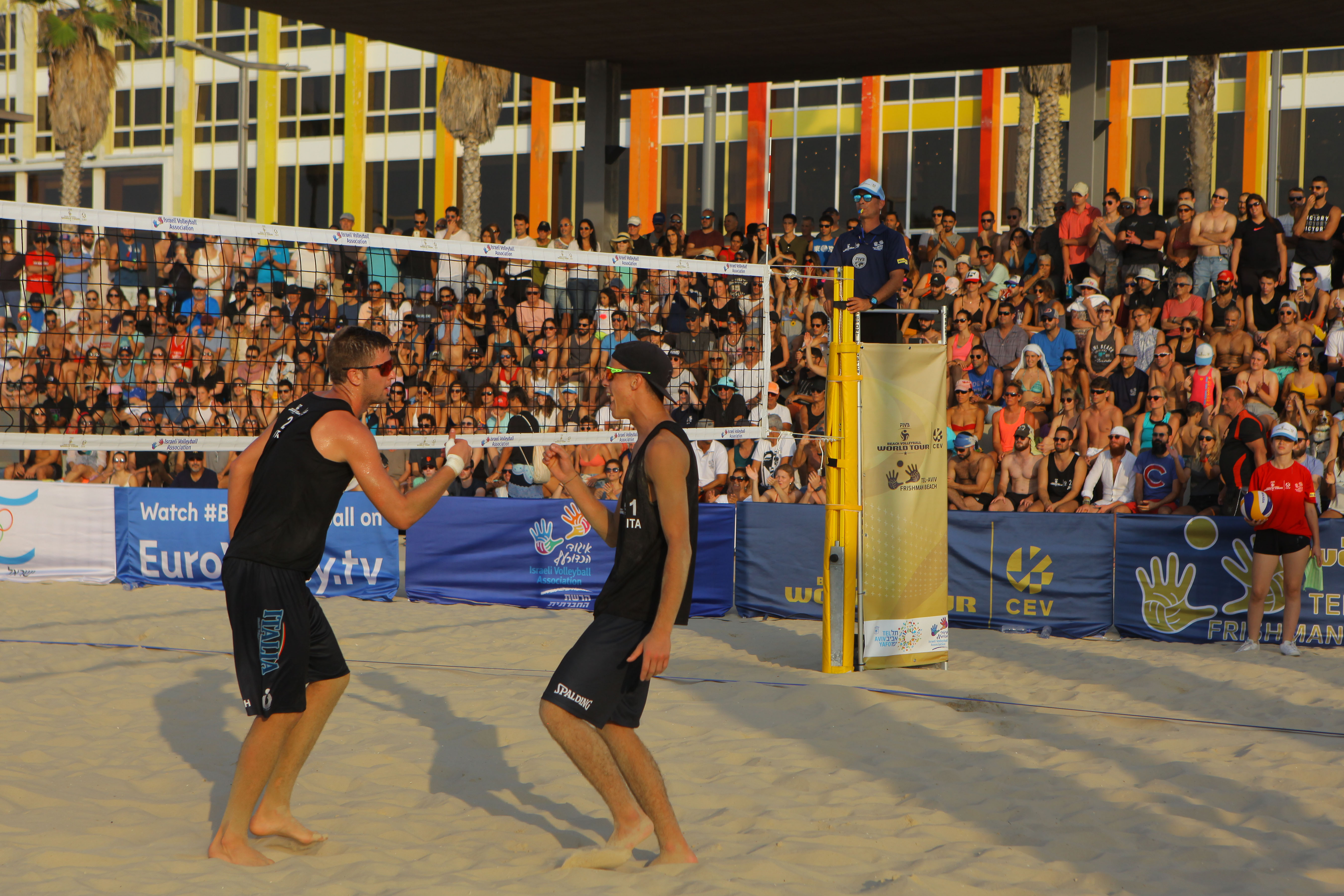 The Tel Aviv semi-finals also produced some memorable moments as all four contests were three-setters highlighted by Cottafava and Windisch’s 25-23 third-set win over 13th-seeded qualifiers Aleksandr Kramarenko/Serguey Prokopyev of Russia as the Italy dropped the first set in the match.

The last two matches on the 2019 portion on the 2019-2020 FIVB World Tour calendar will be played next week starting Tuesday with the men’s only Aspire Beach Volleyball Cup in Doha, Qatar.  A men’s and women’s event in Mexico conclude the action next week when Chetumal hosts the FIVB World Tour for the second-straight season with qualifying set Wednesday.