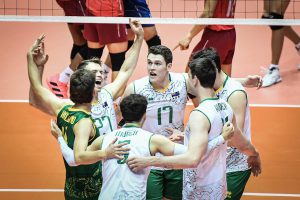 Following the win, Australia, which went down in straight sets to Japan in their last preliminary Pool C match, keep their semifinal hopes alive. 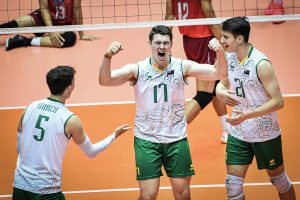 Thailand, stunning the FIVB Challenger Cup bronze medalists Korea 3-2 in their pool plays, entered the competition venue with their heads high in confidence. Fielding a strong lineup spearheaded by left-hander Amorntep Konharn, Napadet Bhinijdee and highly-skilled Mawin Maneewong, the host team made a dominant start to stay in front with a four-point clear at 5-1 and widened the margin to 9-6. 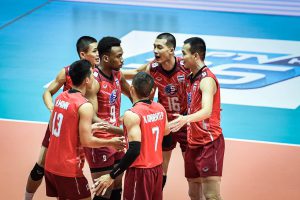 After that, Japan, taking the height advantage, improved on their attacks, with Malachi Murch penetrating the Thai defence with his exceptional attacks. The Aussies claimed five points in succession to catch up with the host side 9-9 and surge ahead 12-9. 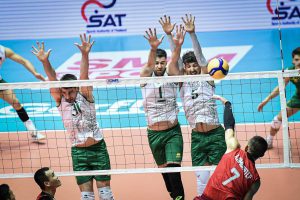 Both teams seemingly relied on the collective rather than any individual, but Thailand had a sea of attacking riches at their disposal as they fought bravely to level 20-20. Ace spiker Murch guided Australia to back-to-back points for the tied 23-23. Thai fans came to life when sub-in Assanaphan Chantajorn hammered a powerful off-the-block spike to put the host team in front 24-23 and Napadet fired home with sideline attack for the hard-fought first set 25-23. 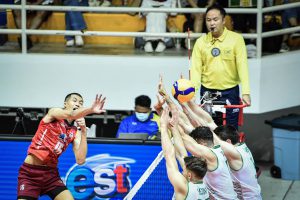 In the second set, Thailand still showed flashes of the brilliance in this tough match when Amorntep entertained a large number of home fans at the competition site with his devastating cross-court spikes for the hosts’ 14-11 lead. However, Thailand were error-strewn after that, allowing the rivals’ attacking opportunities. Australia caught the host team at 20-20 and still bounced back mightily, with Beau Graham and Murch producing lightning-fast spikes to finally hand the team the hotly-contested 25-23 win in this set. 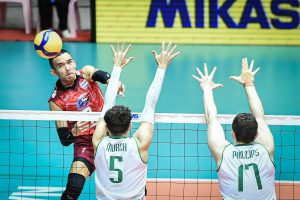 The third set was more thrilling as both sides gave it all-out to take the one-set advantage, but it was the Aussies who fared better as they clawed their way back from trailing 7-9, seizing the opportunity when Thailand became more prone to unforced mistakes, to level 14-14 and surge past the smaller-built rivals 22-18. 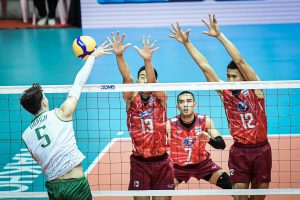 Thailand won another point from Napadet’s off-the-block attack before Max Senica put Australia ahead 24-19 and Graham served an ace to hand the team’s thrilling 25-19 win and the stretched 2-1 lead. 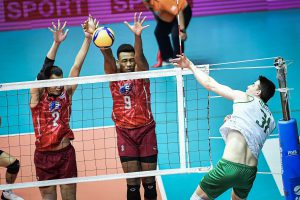 The fourth set turned out to be a tight contest. Trailing by two points at 12-14, Thailand intensified their defence and counter-attacked well to catch up with the taller visitors 15-15. Cheered on noisily by the drum-beating home fans, Thailand poured everything to come back and successfully caught the rivals at 23-23 and again 25-25. Playing cool under pressure, Australia held their nerves and fought back spectacularly. 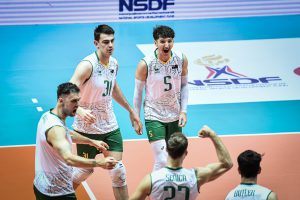 Australia turned the heat on at home stretch when Graham hammered a fast spike to move Australia to the pole position 26-25 and a fierce attack from Thomas Heptinstall went without returning. Australia captured the set 27-25 and match.

Malachi Murch chipped in with 19 points including 16 attacks for Australia, while teammates Beau Graham and Max Senica kept good company to add 16 and 15 points respectively. Amorntep Konhan led Thailand with 20 points and Napadet Bhinijdee added another 19. 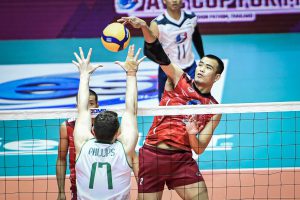 Thailand’s Napadet Bhinijdee said after the match, “We lost 1-3 to Australia due to too many unforced mistakes we have made in the match. Against Japan in the Friday’s match, I will try my best and gain valuable experience.” 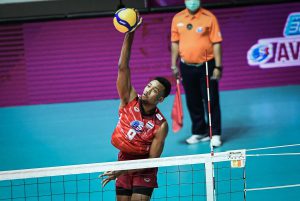