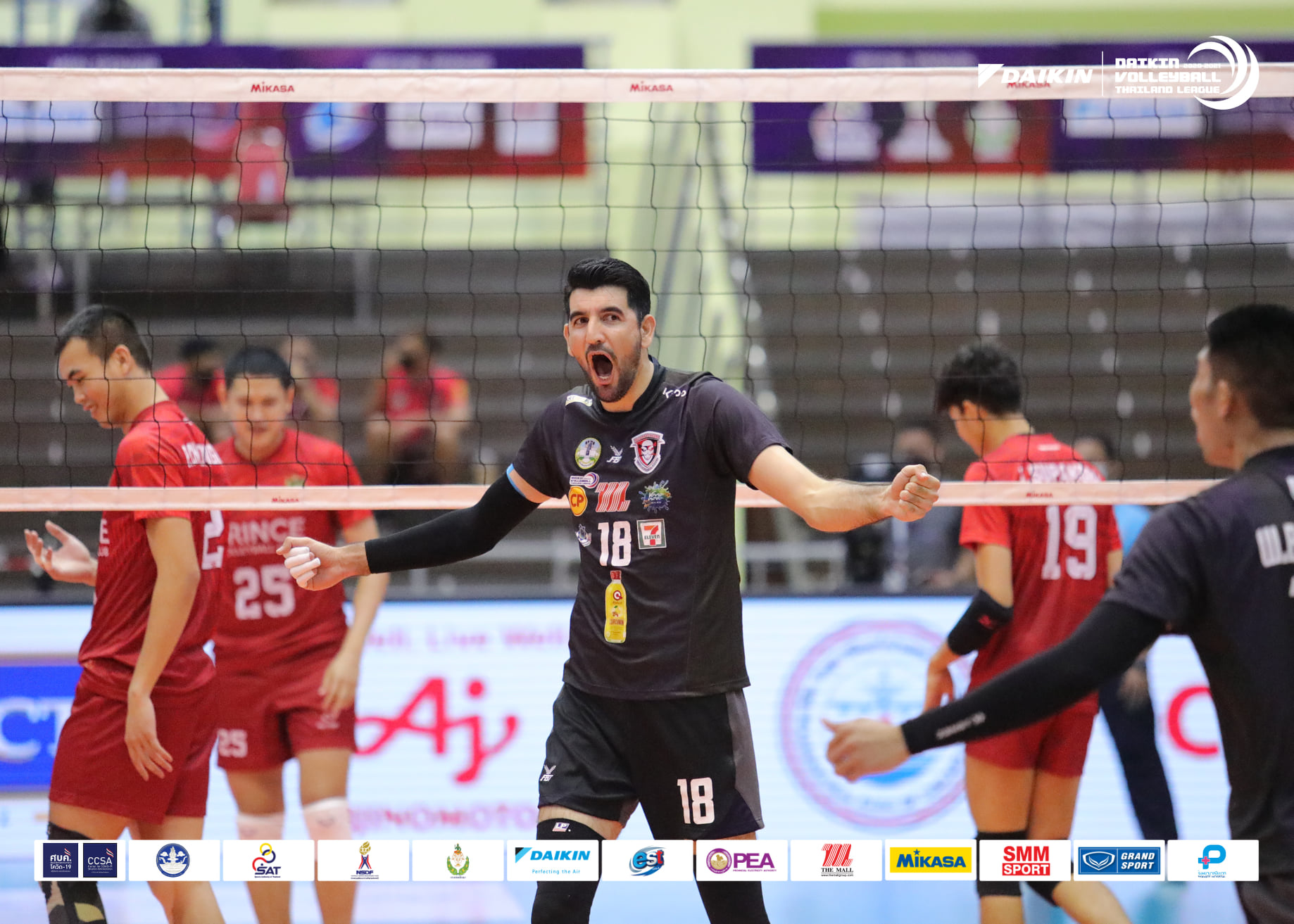 Contesting the round-robin, two-week Finals behind closed doors, defending and six-time champions Nakhon Ratchasima badly needed a convincing straight-set win on Saturday to be 100 percent assured that they will successfully retain their men’s title this season. 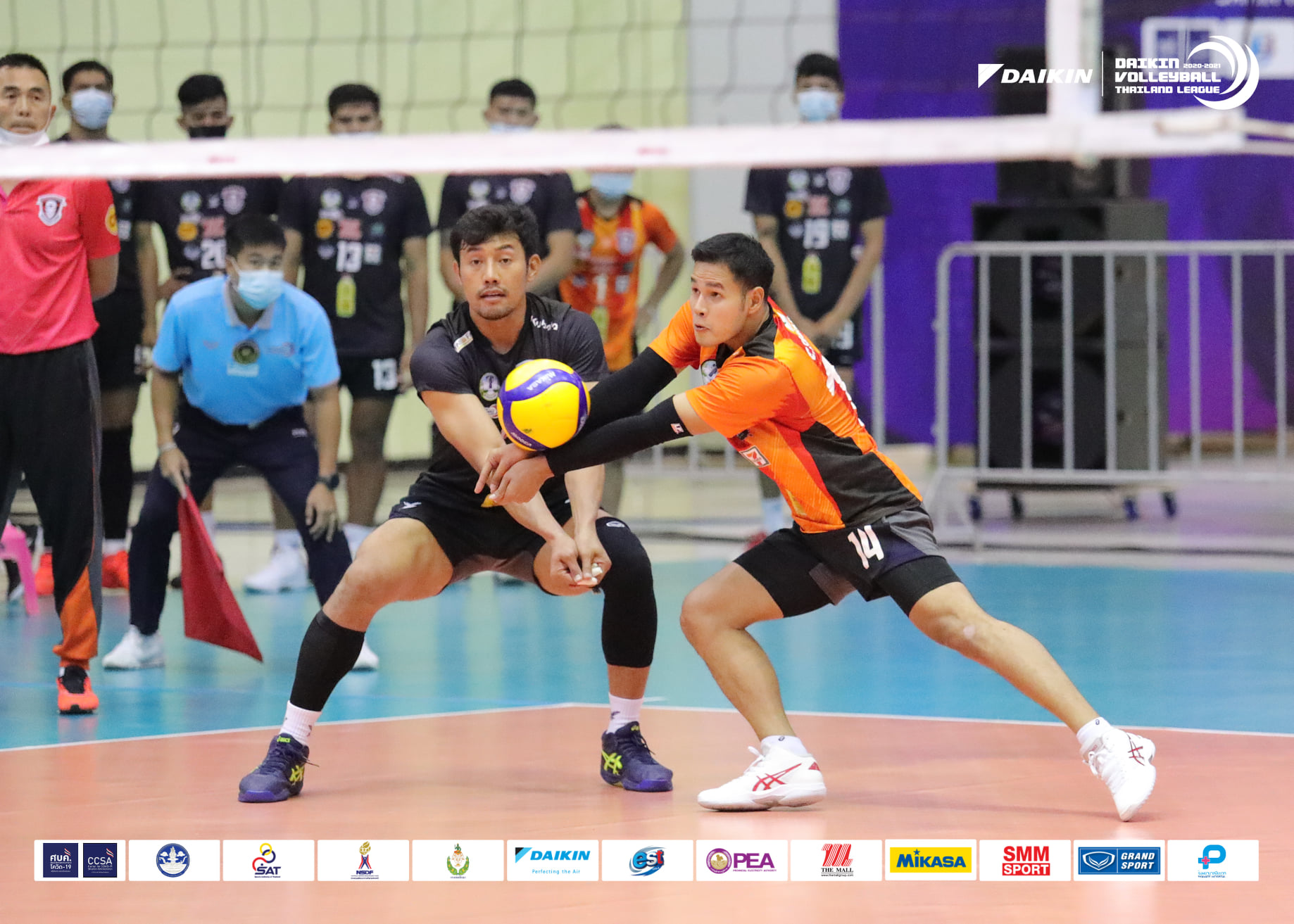 Fired-up Nakhon Ratchasima, the only team in the Finals which have yet dropped a set to their respective rivals, fielded a formidable lineup including hard-attacking Wanchai Tabwises, Sri Lankan Janitha Surath and Pakistani Aimal Khan to cruise past lacklustre Prince VC, strengthened by veteran Kitsada Somkene, in comfortable straight sets 25-19, 25-15, 25-20 in 71 minutes. 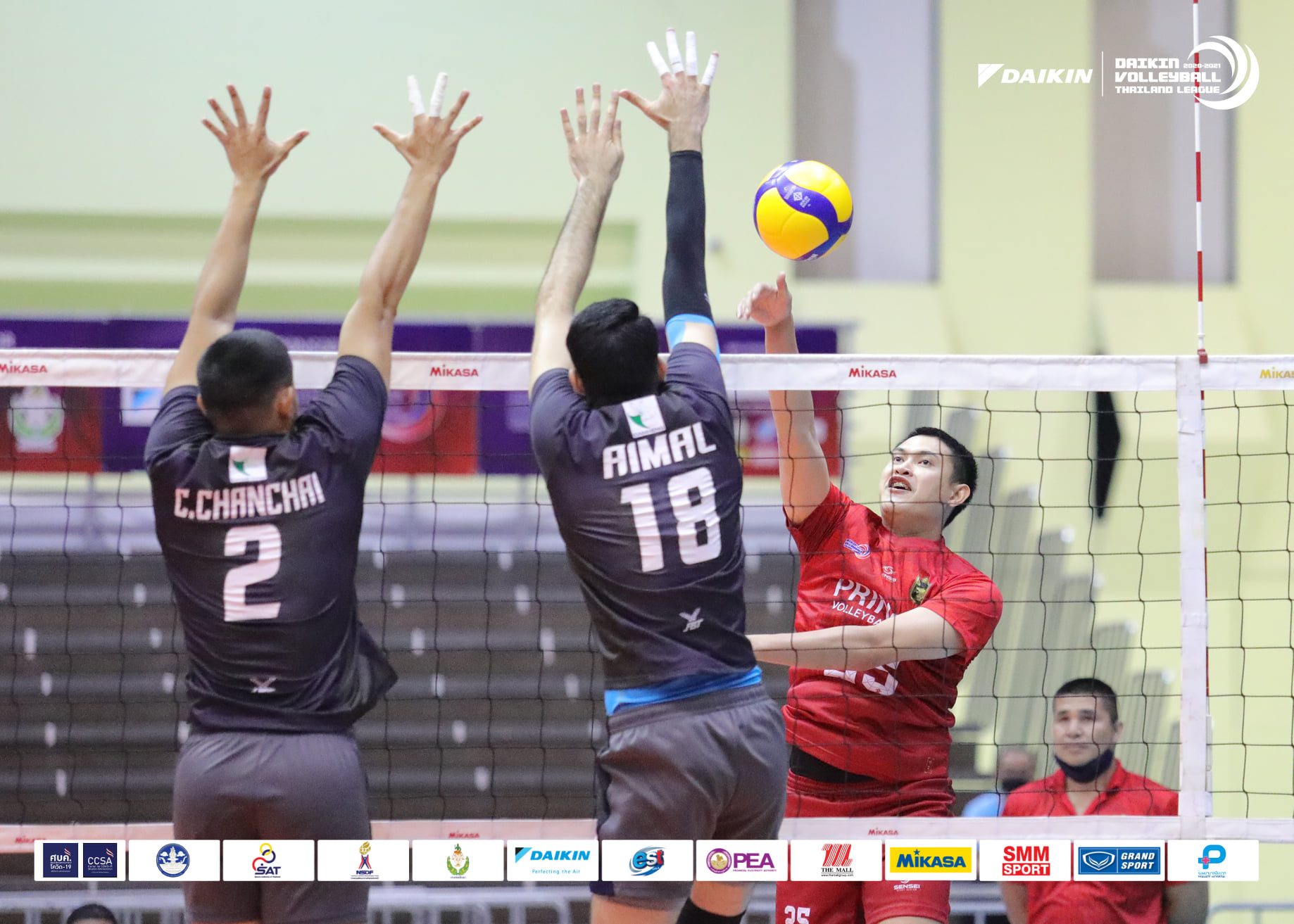 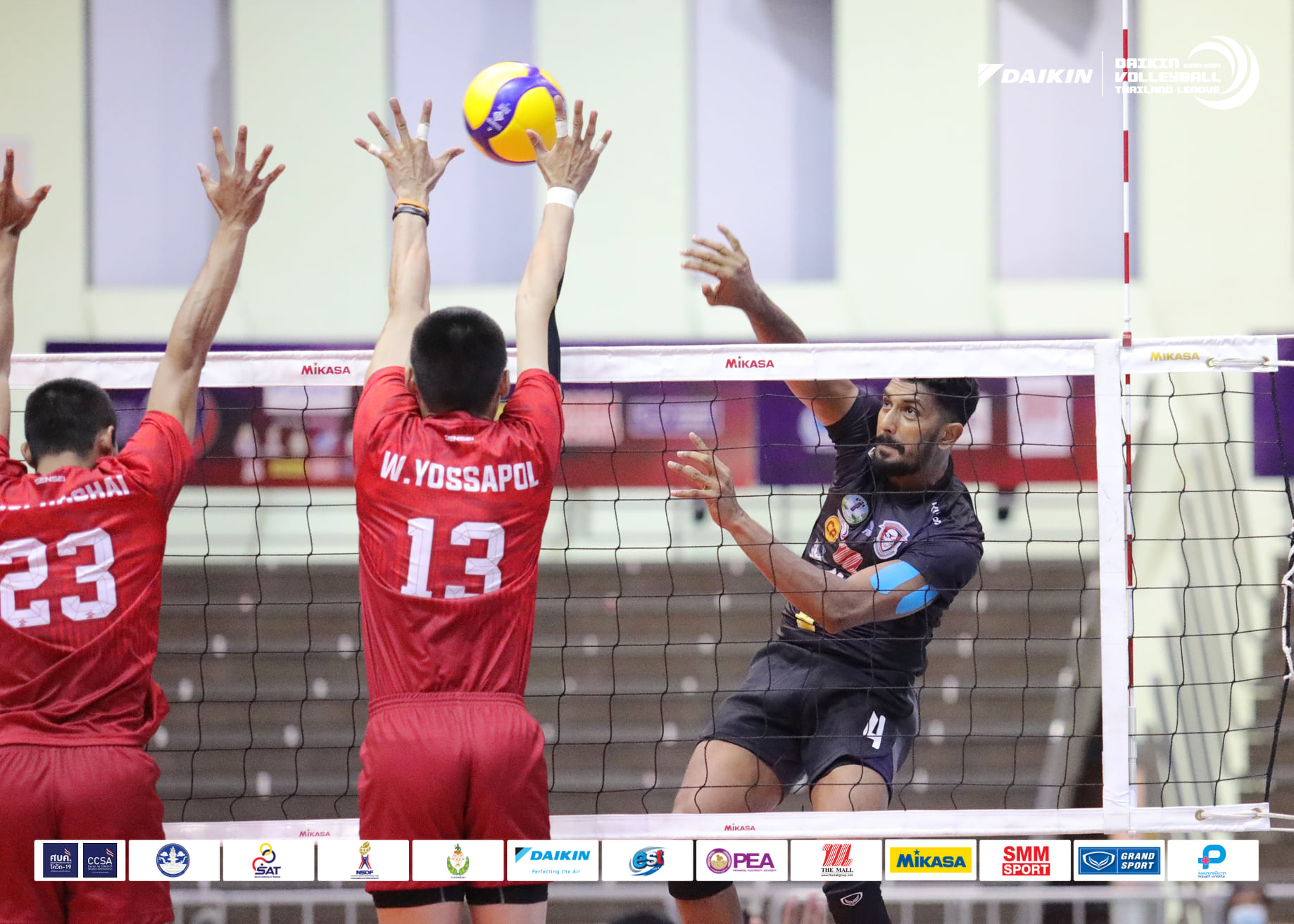 With the straight-set win, Nakhon Ratchasima proved clearly uncatchable for the other teams as they now have 15 points from five wins in a row to stay atop the men’s standing. They will next take on closest rivals Diamond Food in their final match on Sunday. 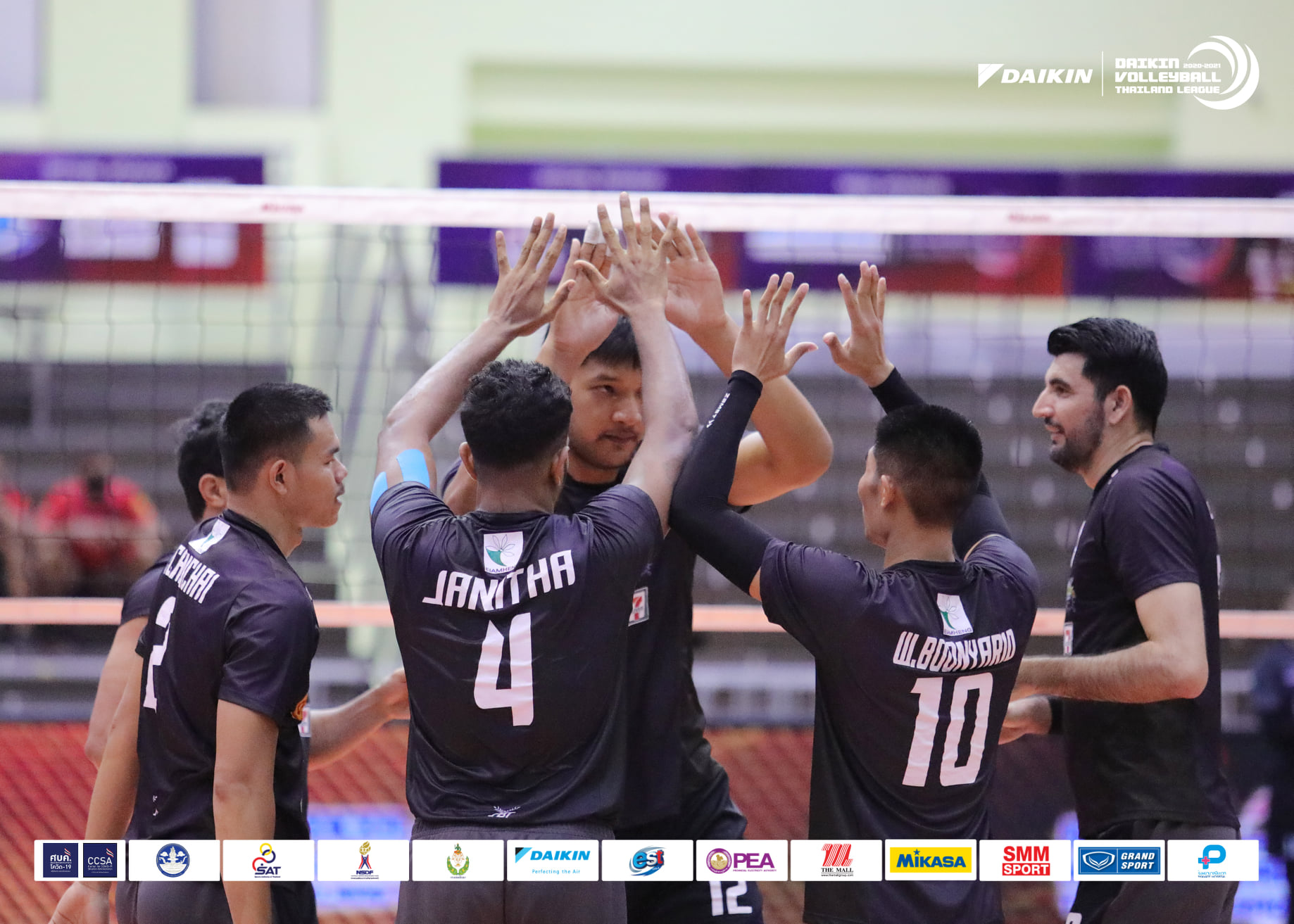 Although Nakhon Ratchasima may play with more unforced mistakes on Sunday to go down in straight sets to Diamond Food, both teams will, however, have identical 15 points with the similar performance of 5 wins against one loss after that. Still, with the better sets ratio, Nakhon Ratchasima are assured of capturing the men’s title. Therefore, winning or losing on Sunday, Nakhon Ratchasima will be officially crowned the VTL champions. 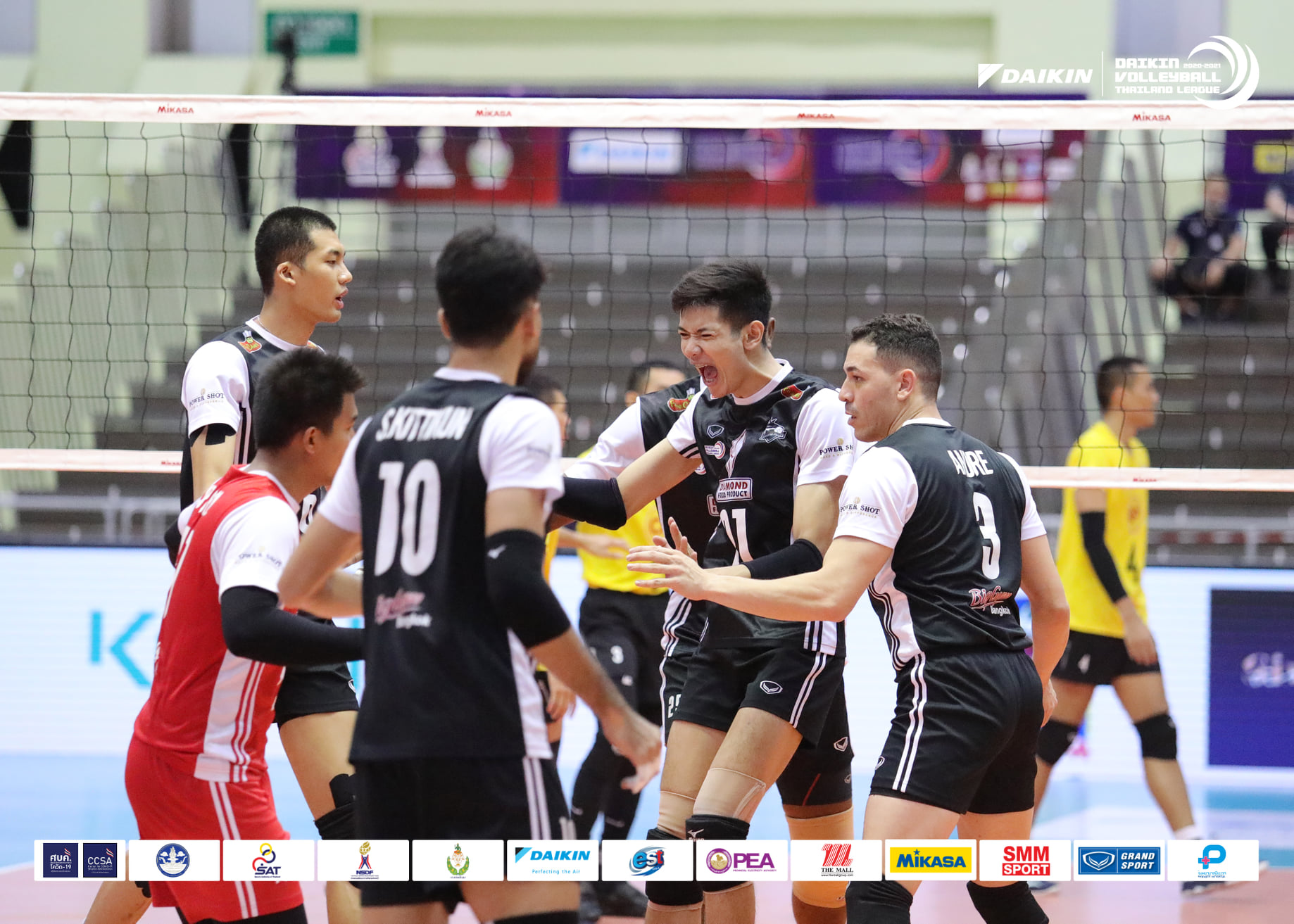 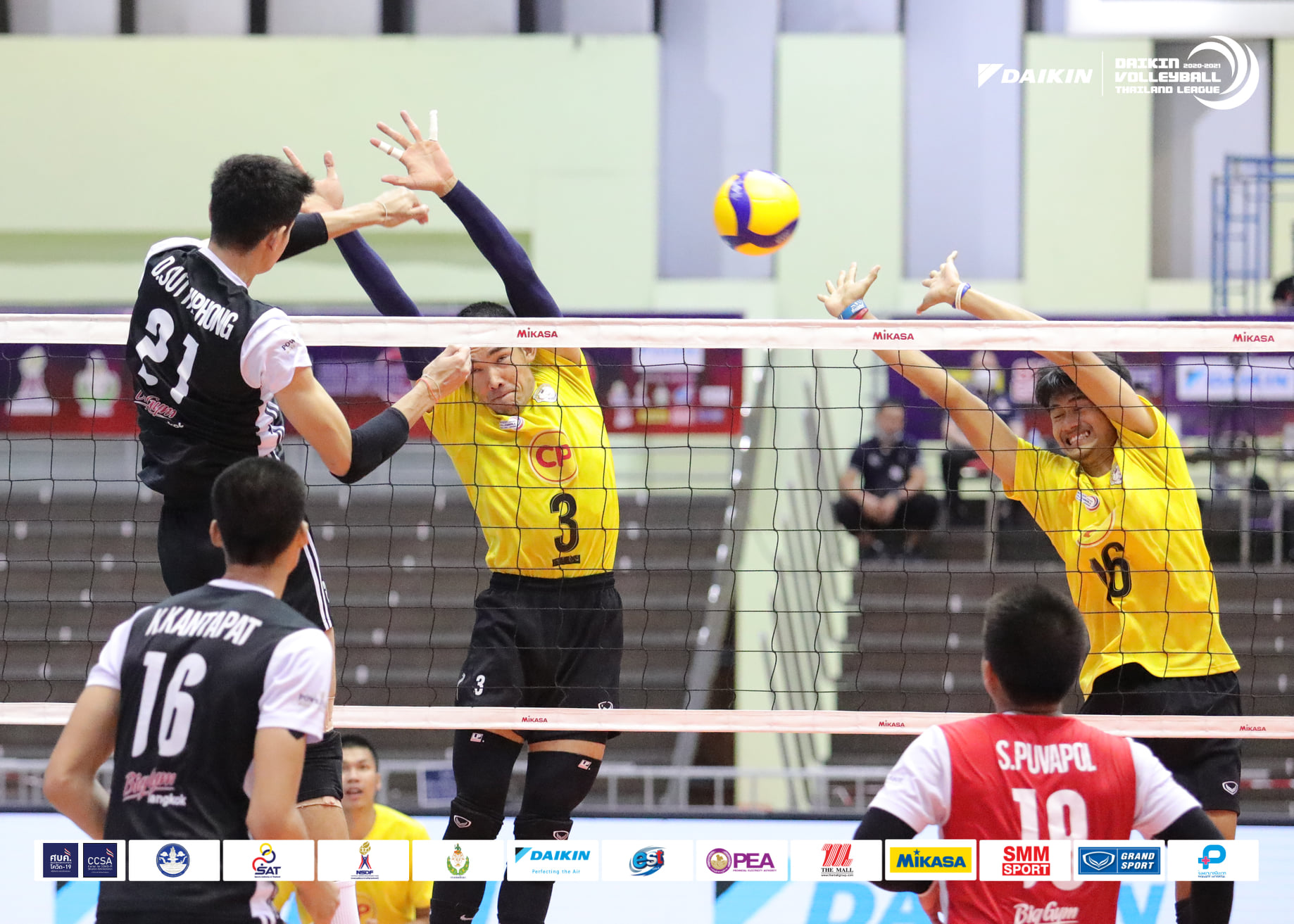 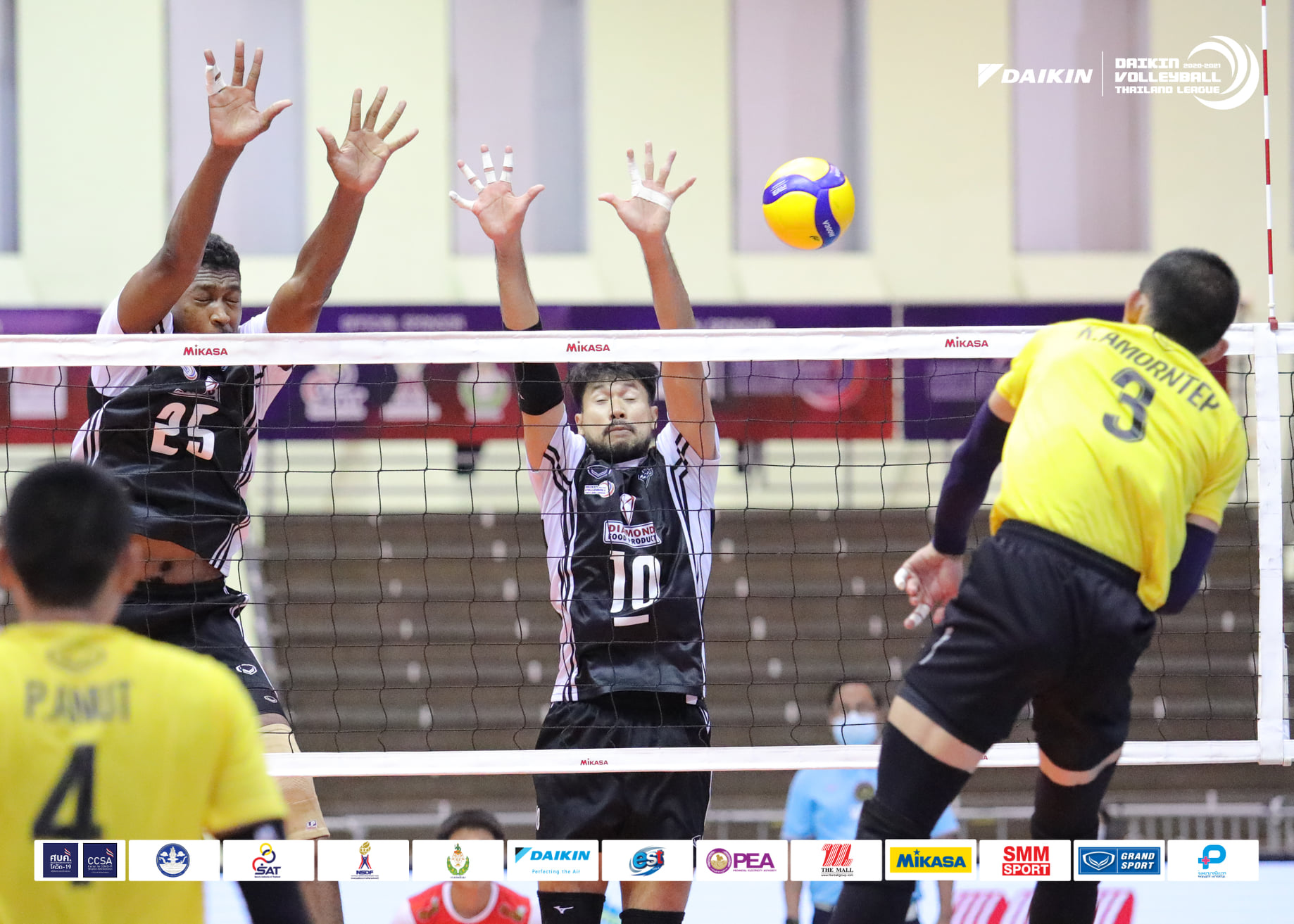 Diamond Food came in second place overall with 12 points from 4 wins against one loss, while Phitsanulok VC had 2 points from one win against four losses and winless Prince VC collected only one point.

On Sunday, the season-closing games of all participating teams in the Final Four, Nakhon Ratchasima will test their mettle against Diamond Food, while Phitsanulok VC will challenge Prince VC. 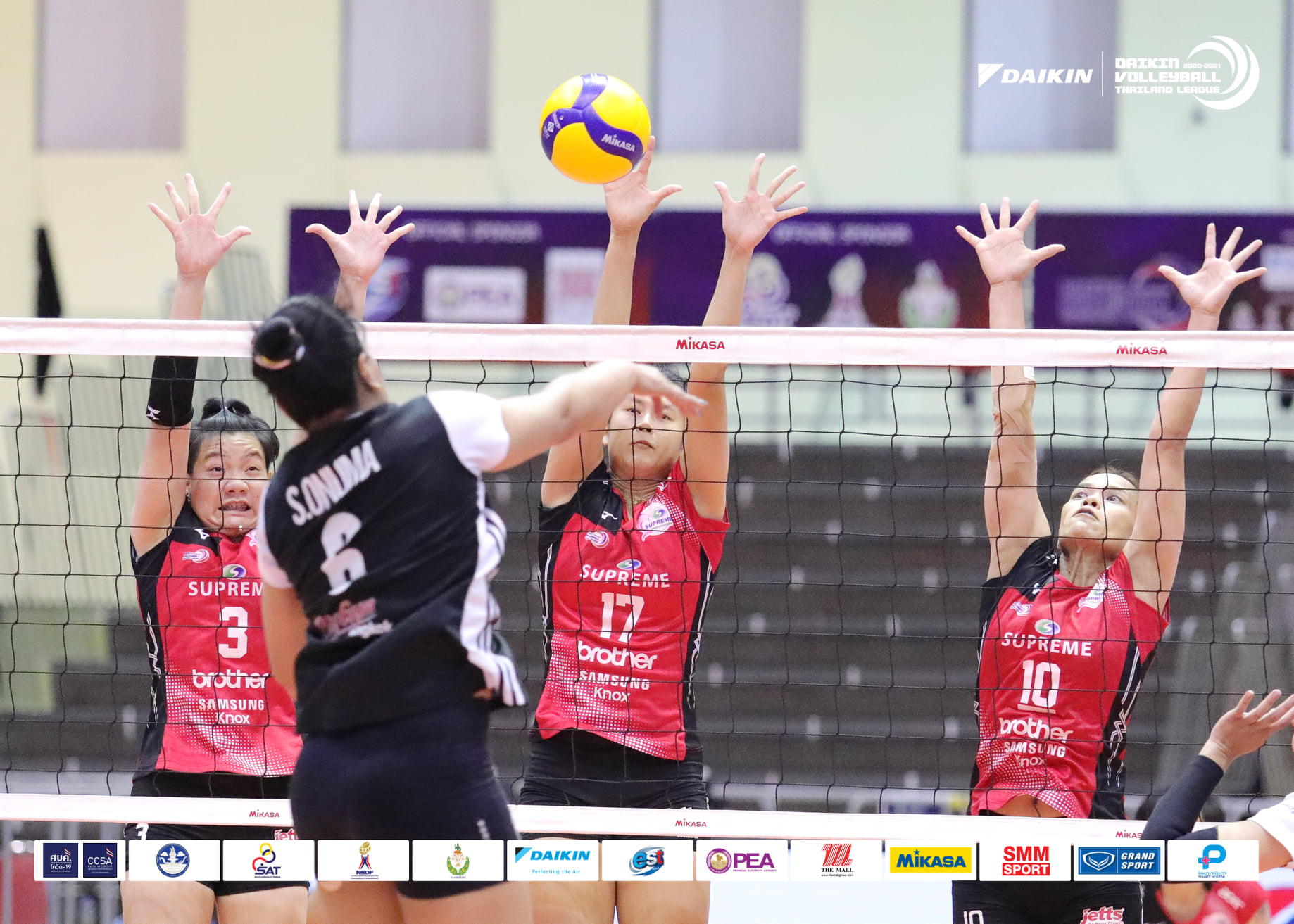 The other encounter saw Nakhon Ratchasima, spearheaded by sensation Chutchu-on Moksri and Turkish Yeliz Basa, seal the deal in straight sets 25-15, 25-21, 29-27 in their crucial match against 3BB Nakornnont. 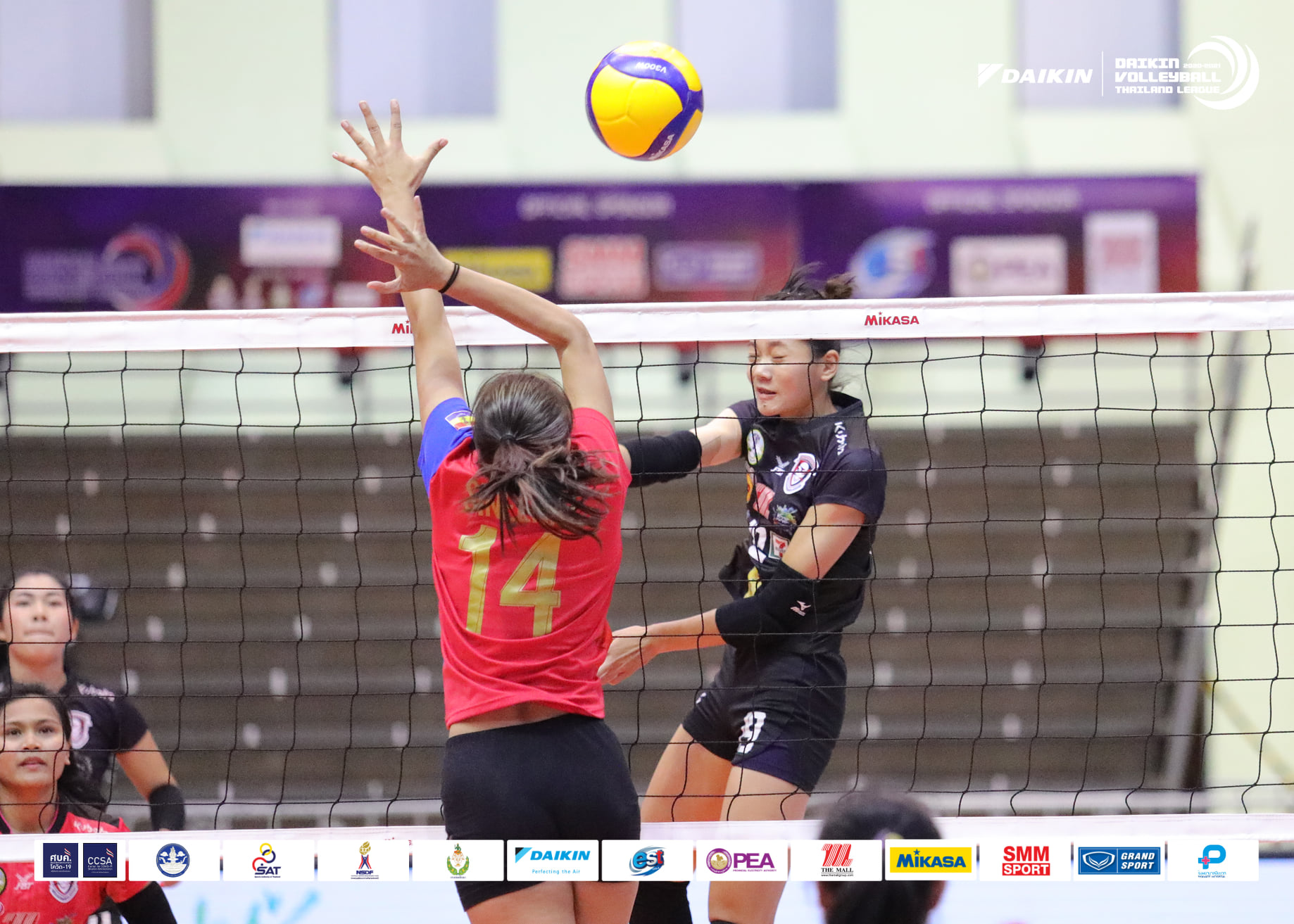 With the straight-set win, Nakhon Ratchasima will play Diamond Food in their final match on Sunday with one goal in mind – to beat the unbeaten rivals in straight sets. If such a goal is definitely accomplished, Nakhon Ratchasima can enhance their chances of winning the women’s title as the points ratio of both teams will be taken into final consideration to decide the eventual VTL champions this season. 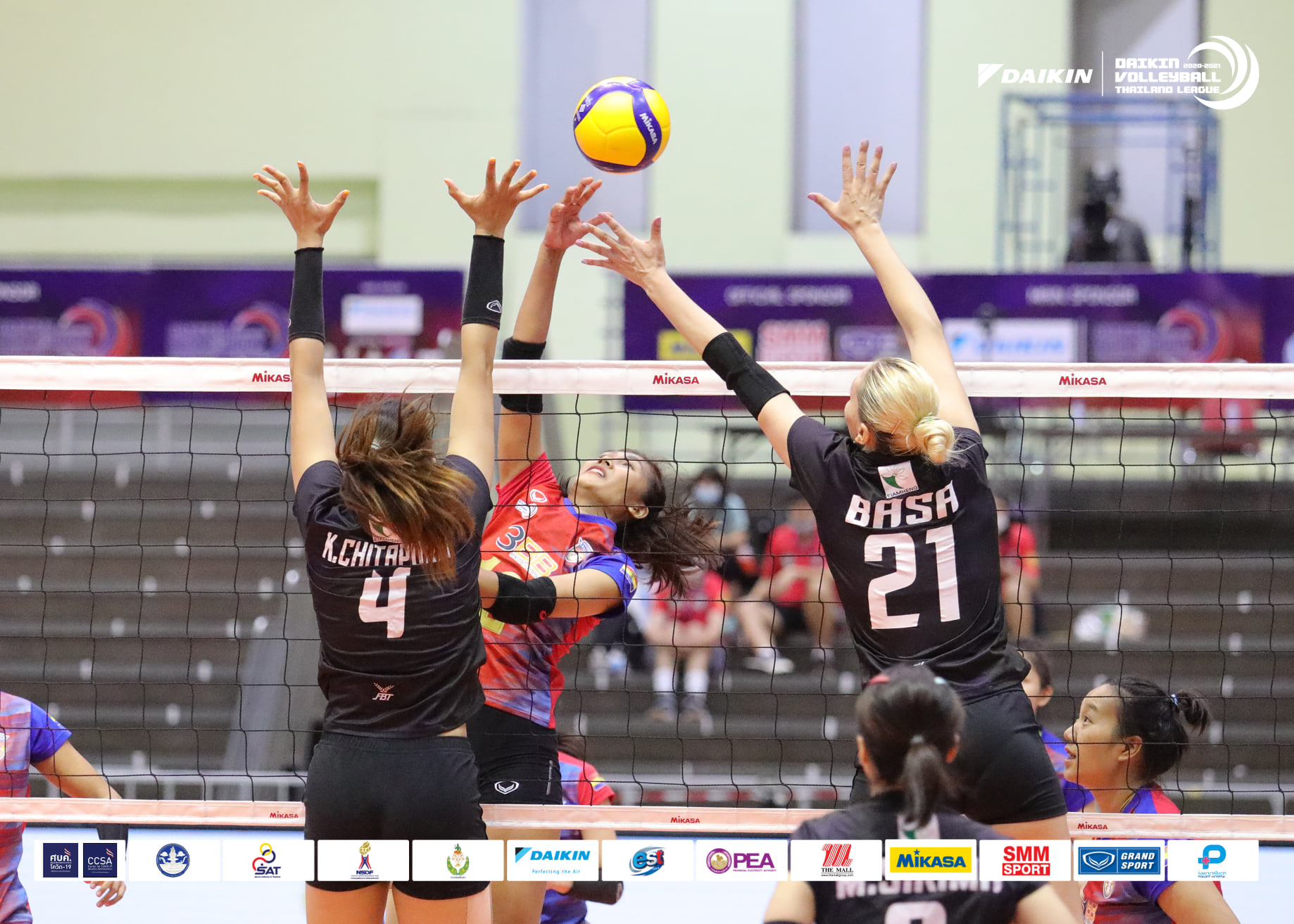 Supreme, which already lost their crown this season, are due to take on winless 3BB Nakornnont in their final match on Sunday.