Tokyo, Japan, July 25, 2019 – With women’s pairs from the United States winning all eight of their pool play matches here Thursday at the $300,000 Tokyo Open, two American teams will be aiming to defeat duos from north of their border to capture group crowns at the FIVB Beach Volleyball World Tour event.

The American and Canadians won two pool play matches each Thursday to set up the competition of undefeated teams. Klineman and Ross will be seeking their second FIVB win over Bansley and Wilkerson on the World Tour after defeating the Canadians in an elimination match June 14 in Warsaw, Poland. Humana-Paredes and Pavan defeated Claes and Sponcil in a three-set pool play match at the FIVB World Championships in Germany where the Canadians eventually captured the title and a spot in the Tokyo 2020 Olympic Games by defeating Klineman and Ross in the finals.

Other American women teams either tied for their group’s lead or the outright pool leader are seventh-seeded Brooke Sweat/Kerri Walsh Jennings and 10th-seeded Kelly Larsen/Emily Stockman. 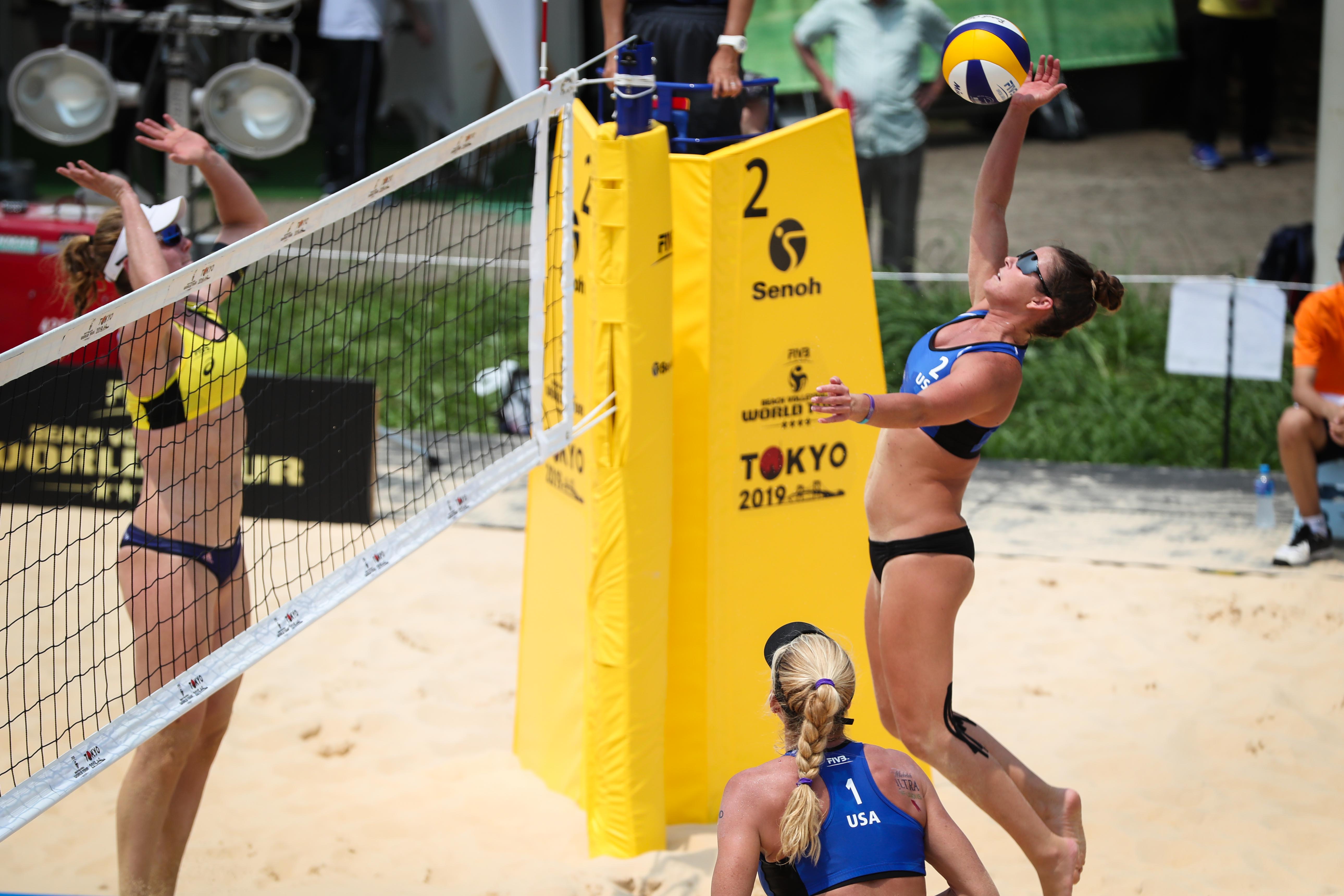 Sweat and Walsh Jennings can wrap up the Pool F title by defeating sixth-seeded Miki Ishii/Megumi Murakami of Japan while Larsen and Stockman are tied atop Pool C with third-seeded Rebecca Cavalcanti/Ana Patricia Silva of Brazil with 2-0 records.

While Sweat and Walsh Jennings are playing the Japanese for the first-time on the FIVB World Tour, Larsen and Stockman will be seeking revenge against the Brazilians as Rebecca and Ana Patricia posted a three-set quarter-final win last week at the Espinho Open in Portugal.

The Tokyo Open continues through Sunday where the gold medal men’s and women’s teams will capture the $20,000 first-place prizes. 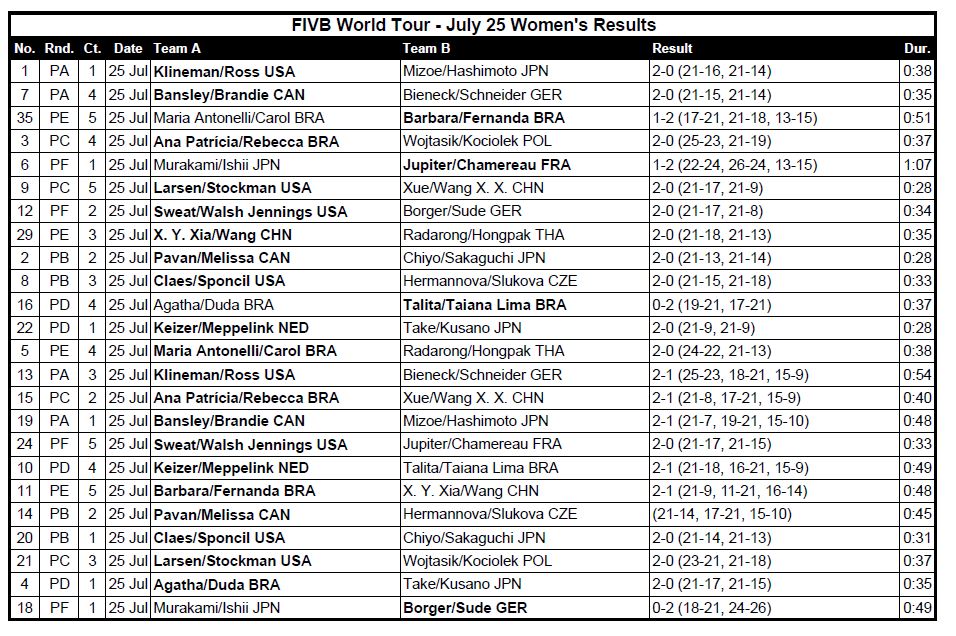 FROM QUALIFIER TO POOL LEADER FOR BRAZILIANS GUTO & SAYMON 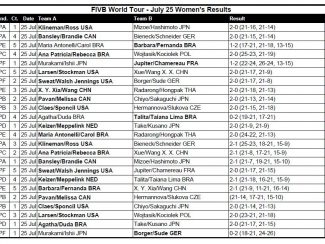 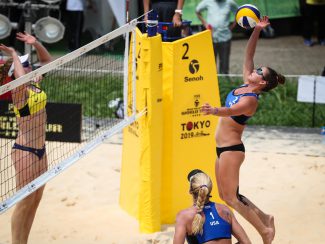 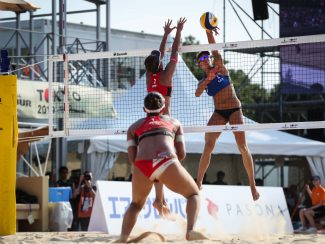 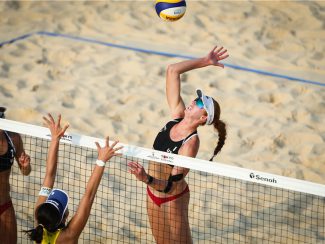