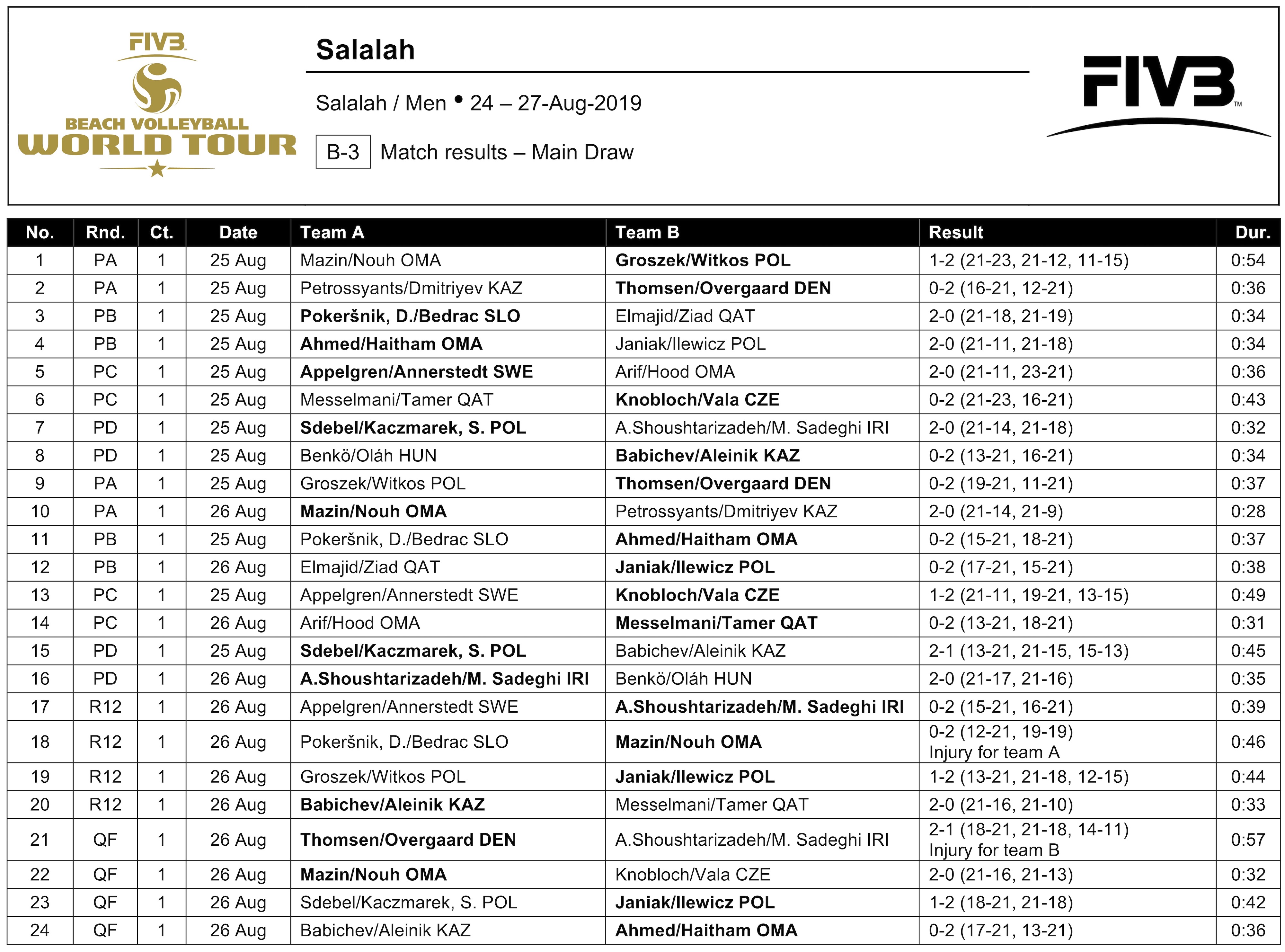 Mazin and Nouh cleared three hurdles on Monday, first with a win over Kazakhstan’s Artem Petrossyants and Yegor Dimitriyev 2-0 (21-14, 21-9), then another win against Slovenia’s Danijel Pokersnik and Jure Peter Bedrac who retired after an injury 2-0 (21-12, 19-19), securing their spot in the quarterfinals. They faced another European opponent – Czech Republic’s Frantisek Knobloch and Jakub Vala – to finally reach the semifinals with a 2-0 (21-16, 21-13) victory.

Their compatriots Ahmed and Haitham, who won both their matches in pool play, had the advantage as they cruised straight to the quarterfinals. In their match against Kazakhstan’s Alexandr Babichev and Pavel Aleinik, Ahmed and Haitham easily handled their rivals with a 2-0 (21-17, 21-13) victory.

Meanwhile, Thomsen and Overgaard prevailed in a three-set encounter with Iran’s Amir Shoustarizadeh and Mohamed Sadeghi Malati, as the latter stopped the match because of an injury, giving away the match to their rivals 2-1 (18-21, 21-18, 14-11).

SOCIAL MEDIA, VIDEOS, WEB & VOLLEYBALL TV: FANS ALL OVER THE WORLD ENGAGED WITH #VNL LIKE NEVER BEFORECHINA AND JAPAN TO BATTLE IT OUT IN MEN’S AND WOMEN’S SHOWDOWNS AT AVC BV CONTINENTAL CUP PHASE 1 EASTERN ZONE