Bangkok, Thailand, January 13, 2021 – A joint meeting between FIVB and AVC was held online on Tuesday to discuss key beach volleyball matters including possibility to organise major competitions in Asia as the COVID-19 remains a serious public-health threat.

In terms of the FIVB World Tour 1-2 Stars in Asia, the meeting was informed that Thailand, Malaysia and Indonesia would like to cancel their events this year due to the impact of the COVID-19 pandemic, but Qatar stick to their firm confirmation of hosting their 1-Star event. On the other hand, Vietnam need to adopt a wait-and-see attitude on their decision to organise a 2-Star event. Up to the situation of COVID-19, Vietnam will leave open the possibility of hosting their event from mid-May to the end of October.

However, the meeting agreed in principle that if the situation of the COVID-19 will get better in the not-too-distant future, AVC will ask those National Federations again whether their decisions of hosting the afore-mentioned events, maybe after the Tokyo Olympic Games, remain unchanged.

The other main topic on the staging of the AVC Continental Cup was also taken into consideration. The meeting was informed that China Volleyball Association still has an optimistic idea to organize the AVC Continental Cup Semi-finals and Finals in Xiamen, with the former being held during June 18 and 20 and the latter from June 24 to 27.

Yu Cao has recommended AVC that they carefully study Terms of Conditions and Policy regarding COVID-19 with CVA, while the continent’s governing body will ask CVA to provide concrete confirmation and information within February in order that AVC can announce it to participating teams within March. However, AVC will prepare alternative plans in case CVA cannot organize the top-flight event. This will be discussed further in the next AVC Beach Volleyball Committee Meeting. 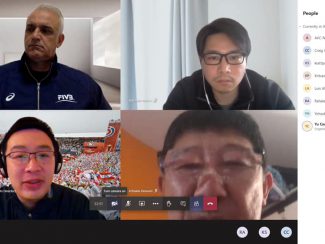 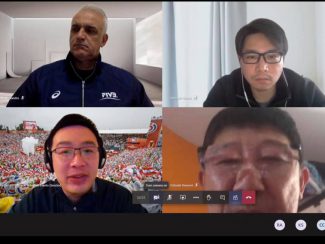