Bangkok, Thailand, November 26, 2022 – Hosts Pakistan survived a scare from Afghanistan to pull off a dramatic four-set win for two on the trot in the Engro Central Asian Men’s Volleyball Championship at Punjab Sports Hall in Lahore on Friday. Current world No.41 Pakistan, fresh from 3-0 rout of Bangladesh in their curtain-raisers the previous day, took the comfortable first set 25-17 in their second encounter against Afghanistan. Afghanistan, the team which finished a distant 20th place in the 2013 Asian Senior Men’s Championship in the United Arab Emirates, the last edition they took part in the Asian meet, hit back in the second set and gradually regained control from the beginning, with Mohammad Sabawoon Wardak, who was the team’s leading scorer of their opening match against powerhouses Iran on Thursday, attacking powerfully to help the team fight tooth and nail against the host side. 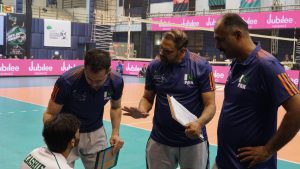 However, Pakistan’s reaction in the tough-looking set was swift and merciless. Terrific Fahad Raza methodically punctured the visitors’ defence apart with his exceptionally attacks and saw the Afghanistan’s attempts at a comeback denied. Pakistan took the closely-contested second set 25-20. 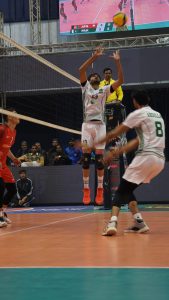 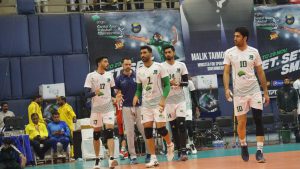 The battle continued into the third set and it was very tight until 22-22. However, Afghanistan played incredibly well in defence to take control and break away in crucial moments. They allowed the host team only one more point to wrap up the hotly-contested set 25-23. Both sides remained hungry for another win in the fourth set, but Afghanistan played with a must-win game. Afghans Ozair Mohammad Asefi and Sabawoon took turns unleashing series of spectacular attacks, but Pakistan solidified their defence, with Abdul Zahear and Ahmad Nazir blocking everything at the net and Fahad Reza firing thundering spikes. 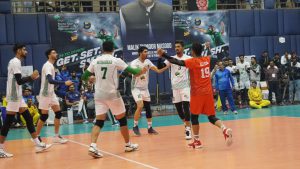 As both teams approached the finish of the set, they were still neck and neck. The host side fared a bit better at home stretch to win the hard-fought fourth set 25-22 and match. 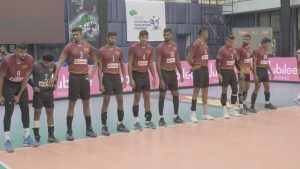 Sri Lanka go up against Iran on Saturday, while Bangladesh challenge Afghanistan. Hosts Pakistan    had a rest day.