Bangkok, Thailand, July 26, 2022 – The Palestine Volleyball Association in partnership with Singel Club organized a volleyball festival at Singel Stadium, north of Ramallah during the National Olympic Week on Sunday. 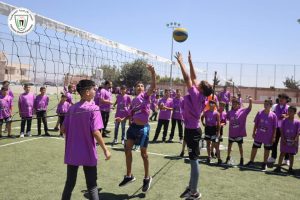 About 200 kids participated in the activity in which atmosphere was filled with entertainment and fun, interspersed with participation of competitions with players. 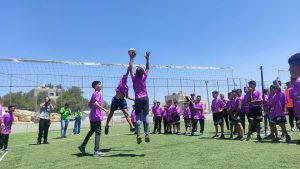 The atmosphere was under the closer supervision of Rani Asfour, founder of mini volleyball in Palestine, Rafi Asfour, President of Singel Club, and Moayed Ghafari, coach of Singel Club for children. 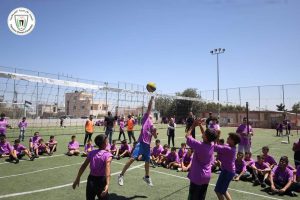 Rani Asfour stressed the importance of paying attention to youngsters, highlighting them through various activities.

Asfour thanked all those in charge of this event for making it a success as required, within the activities of the National Olympic Week. 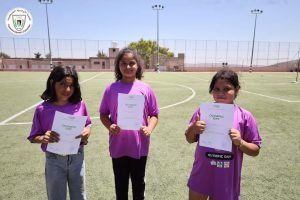