Qatar captain Ibrahim Ibrahim helped his team with 12 points, but it was India’s Charles Jerome Vinith who led all scorers with 19 markers. 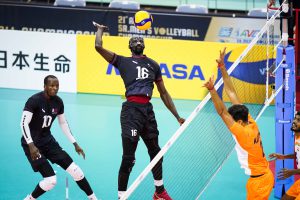 India responded well by utilizing their tall line-up on, scoring off their right side attack. Recognizing the need to pass the ball better, they tried to execute their offense with more composure in transition. They proved that they could also run their middles well, and forged a close contest.

Qatar’s success in the middle went further, as they likewise made good use of their wing attack. A solid stuff block by Ibrahim sealed the first set at 25-22 in their favor. 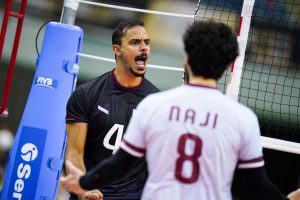 Renan Ribeiro continued to worked from his favored spot at the left side, to boost Qatar’s edge in the second set. 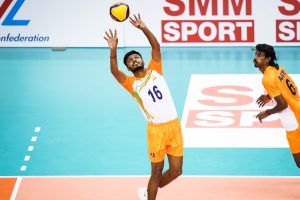 India needed to find their rhythm, but could not establish their serve-receive well enough. Their opponents could easily find empty spots to place the ball upon. When they were able to get the ball to their hitters, they seemed prone to misfires. 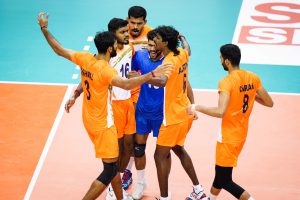 Qatar likewise suffered from their own share of errors, but was able to establish a good advantage, all the way to complete the second set at 25-14. 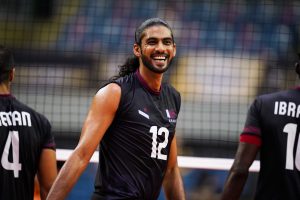 By the third set, coach Camilo Andres Soto brought in his reserve hitters Mubarak Dahi and Nikola Vasic to give the Qatar offense a fresh spin. 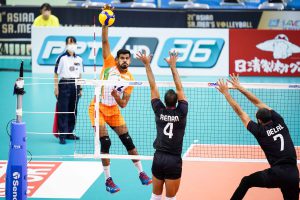 Qatar continued to run their offense and to transition well, which endured until they sealed the match with 25-20 in the final set. 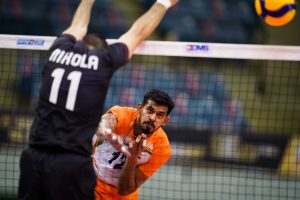 As the Preliminary Round concludes on Tuesday, Qatar will look to improve their standings on Pool B when they meet Bahrain at 12:00 local time, while India will face hosts Japan in the main event at 18:00 local time. Both matches are scheduled at the Chiba Port Arena.