Bangkok, Thailand, February 7, 2021 – Defending champions Police brought the curtain of the Qatar Senior Men`s Volleyball League down with a bang on Sunday following their fantastic 3-1 win against Al-Arabi, volleyball.qa reported.

Police, reigning and consecutive three-time champions, showed their superb form in beating mighty Al-Arabi in thrilling four-setter 25-22, 22-25, 25-19, 25-19 in their last match of the league.

Police captured the League title three times in a row and fourth in history, while Al-Ahli came in second place. Al-Arabi, which clinched three major titles consisting of the 2019-2020 Qatar Cup, 2019-2020 3rd Qatar Men’s Championship and 2020 Amir Cup, finished third, with Qatar SC in fourth position. Al-Rayyan did not finish top four for the first time as they came in fifth place.

The Qatar Volleyball Association has started its preparation for the Qatar Cup and the Amir Cup qualifications. The launch of the Qatar Cup has been set on February 11, with the participation of Police, Al Ahli, Al-Arabi and Qatar. 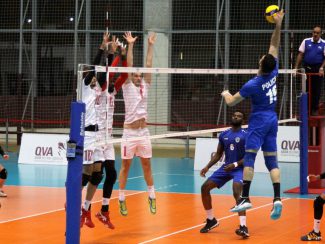