Tokyo, Japan, July 26, 2019 – Three teams from Wednesday’s men’s qualifier claimed pool titles here on Friday at the Tokyo Open along with top-seeded pairs from Norway and Brazil and the 2013 world champions from the Netherlands.

Protecting their position by winning their pools as expected on Friday were top-seeded Anders Mol/Christian Sorum of Norway and second-seeded Evandro Goncalves/Bruno Oscar Schmidt of Brazil. Mol and Sorum are currently the No. 1-ranked team in the world with Evandro a 2017 world champion with Andre Loyola. 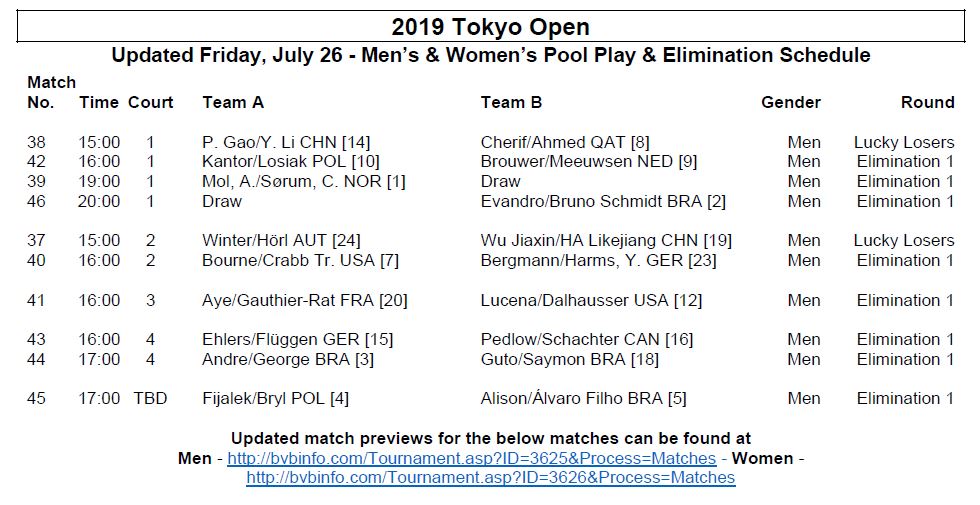 The lucky loser schedule will feature three more teams that had to win qualifying matches on Wednesday to earn a spot in the Tokyo Open men’s main draw. Austrians and 24th-seeded Julian Horl/Tobias Winter play 19th-seeded Likejiang Ha/Jiaxin Wu of China in one lucky loser match on Friday with 14th-seeded Peng Gao/Yang Li of China challenging eighth-seeded Cherif Samba/Ahmed Tijan of Qatar in the second match.

The men’s schedule Saturday will feature the Tokyo Open quarter- and semifinal matches to set the lineup for Sunday’s medal matches where the winning team will share the $20,000 first-place prize along with collecting 800 points towards qualifying for the Tokyo 2020 Olympic Games. 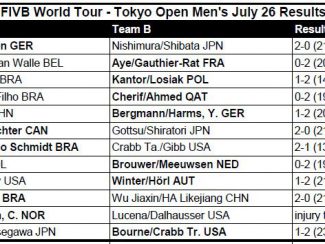 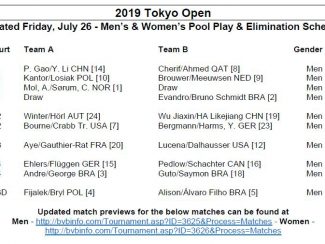 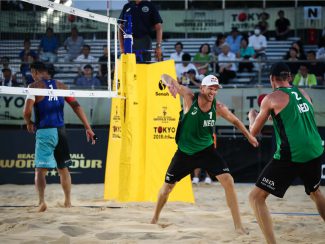