Following the completion of 12 pool play matches per gender where six men’s and six women’s pairs will exit the competition, the 16-team brackets per gender will be set minus the last two berths that will be determined by afternoon lucky loser matches.

The top two teams in each of the six pools per gender will advance to the elimination bracket phase of the competition. The top two third-place finishers in group play based on match points, set ratio and rally point differentials will also earn a spot in the 16-team brackets. The remaining four third-place finishers will playoff in the lucky loser round for the final two berths in each bracket. Entering play, the highest-seeded teams in jeopardy of being elimination from the Tokyo Open are pairs in men’s Pool E where 20th-seeded qualifiers Quincy Aye and Arnaud Gauthier-Rat of Rat upset fifth-seeded Alison Cerutti/Alvaro Filho of Brazil and eighth-seeded Cherif Samba/Ahmed Tijan of Qatar Thursday in group action.

With Aye and Gauthier-Rat playing 17th-seeded Dries Koekelkoren/Tom van Walle of Belgium on Friday morning in the first meeting between the two teams on the FIVB World Tour, Samba and Tijan must defeat Alison and Alvaro for any chance of remaining in the competition.

The Qataris won the last match with Alison and Alvaro at the end of May in the Czech Republic with the Brazilians posting a victory over Samba and Tijan at the end of April in China. Alison and Alvaro entered this week’s event after topping the podium this past Sunday in Portugal for their second FIVB World Tour gold medal this season.

On the women’s side, 14th-seeded Barbora Hermannova/Marketa Slukova of the Czech Republic must defeat 23rd-seeded qualifiers Yurika Sakaguchi/Chiyo Suzuki of Japan to remain in the competition after pool play. Prior to a foot injury for Slukova before the start of the FIVB Beach Volleyball World Championships at the end of June, the Czech Republic pair were No. 7 on the international ranking list. 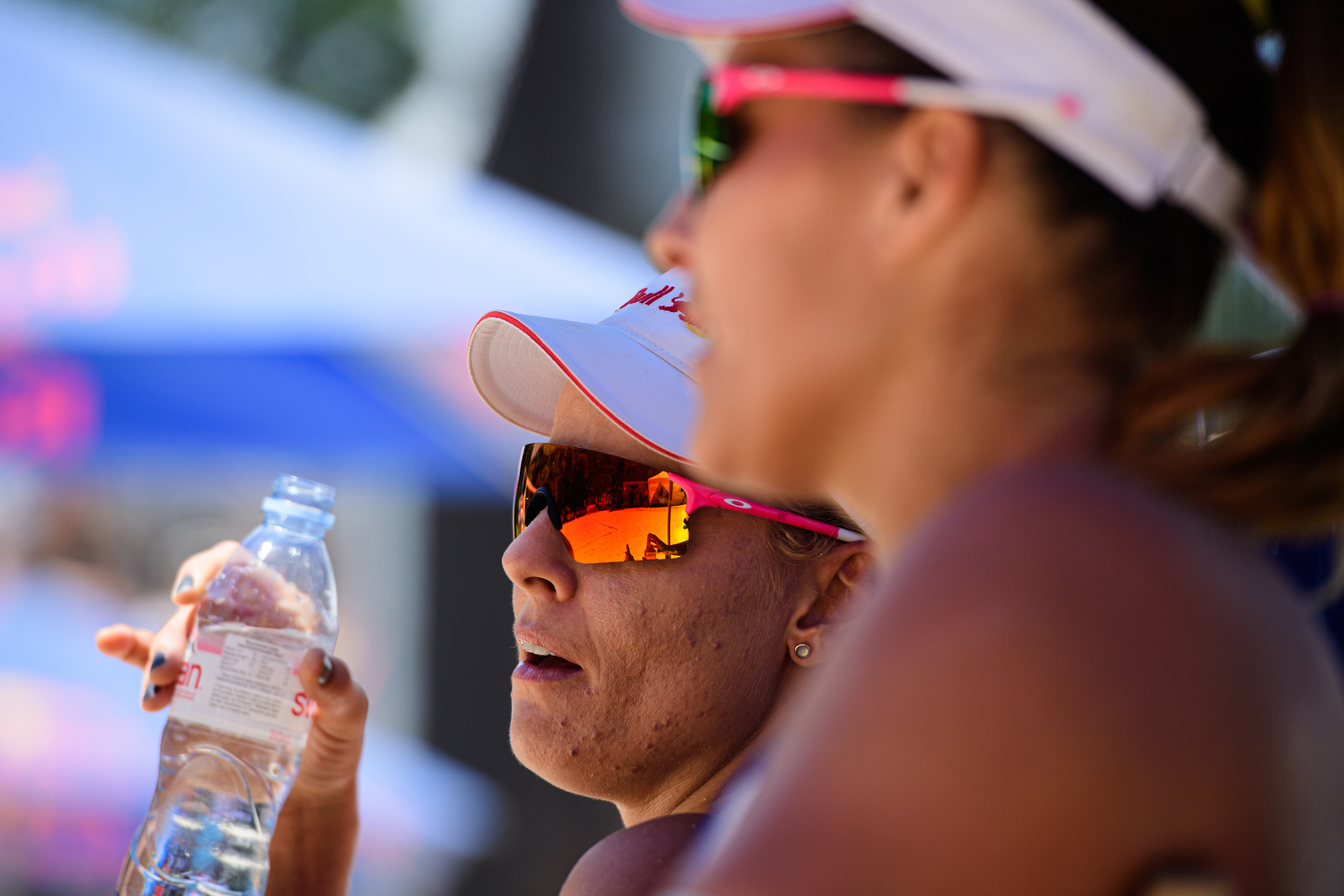 The Czechs were seeded second in the World Championships in Germany, but a home accident for Slukova forced the team’s withdrawal from the Hamburg event. Since Slukova’s return for events over the past two weeks in Switzerland and Portugal, the Czech pair has compiled a 4-5 match record with a pair of ninth-place finishes in Gstaad and Espinho.  Hermannova and Slukova started the 2018-2019 FIVB season by placing on the podium in their first two World Tour starts by winning a gold in Malaysia and finishing second in Xiamen, China.

The second annual Tokyo Open, a dress rehearsal event for the 2020 Olympic Games, will feature two rounds of men’s and three rounds of women’s elimination matches on Saturday to set the lineup for Sunday’s medal matches Shiokaze Park. The winning teams will collect the $20,000 first-place prizes along with earning 800 qualifying points for the Tokyo 2020 Olympic Games.