Bangkok, Thailand, February 5, 2020 – The AVC Referees Committee Meeting came to a successful conclusion on Wednesday, with referee categorisation, referee education and teaching materials, rules and regulations as well as beach volleyball matters and FIVB updates being brought into discussion and decision. 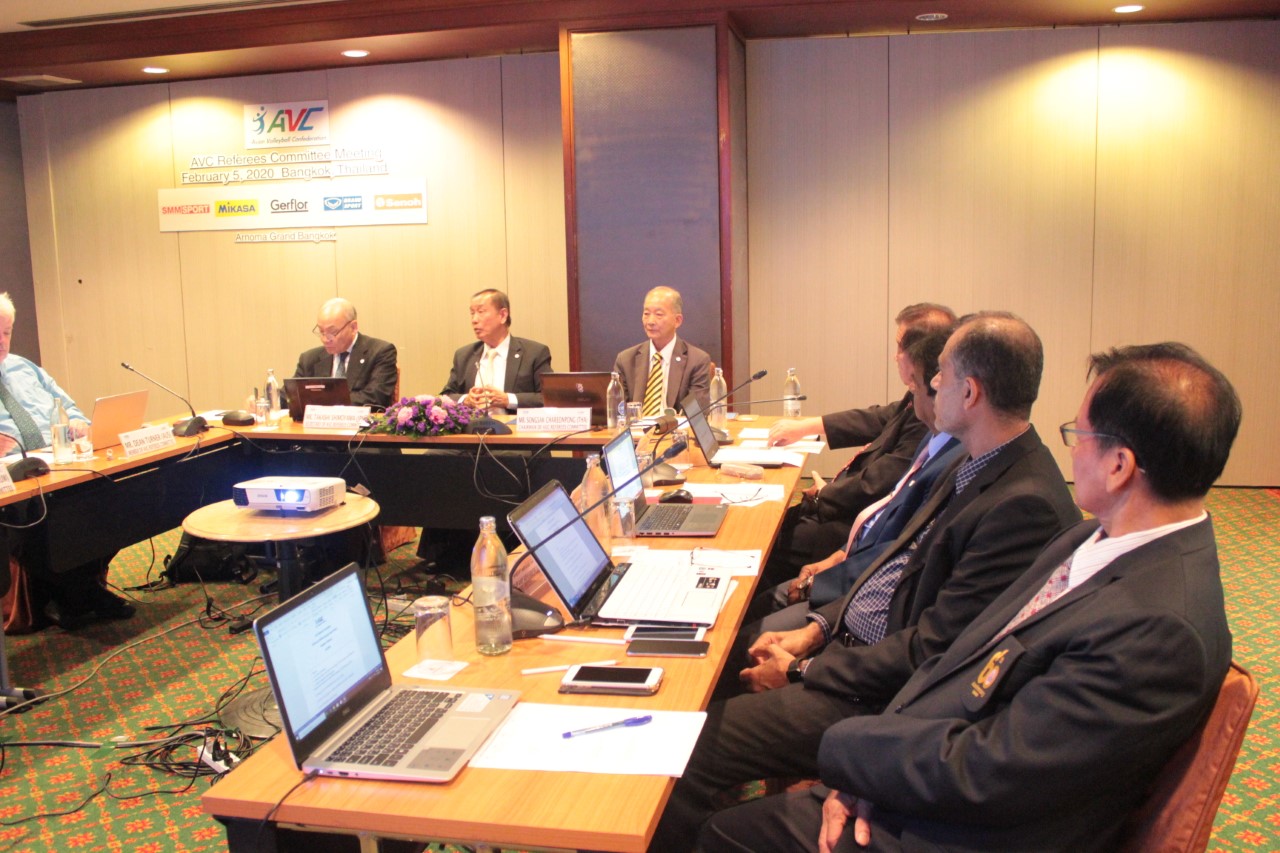 In this occasion, Mr Shanrit kept attendants informed of the Wuhan Naval Coronavirus outbreak, which has increasingly affected the staging of major AVC competitions in China including the 2020 Asian Women’s Club Championship in Tianjin from May 2 to 10 and the AVC Continental Cup Semi-Finals and Finals in Wuhan in June. 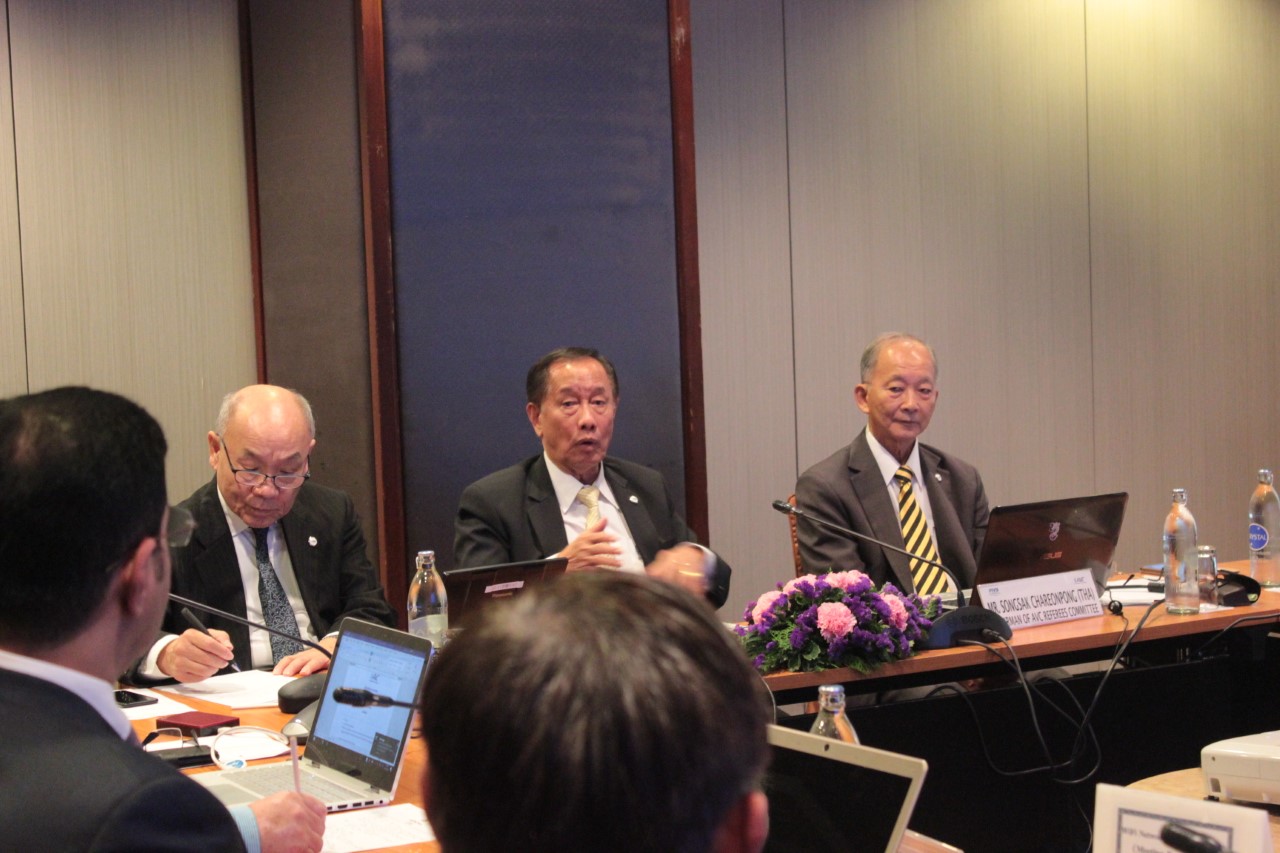 He noted that in a reflection of the mounting international concern over the coronavirus epidemic, which is now spreading in the wider community of mainland China, moving some AVC tournaments out of China to neutral venues in other countries is likely to be a primary prevention for the deadly virus.

Mr Shimoyama informed that the cutting-ribbon ceremony for inauguration of the 15,000-seater Ariake Arena, the Tokyo 2020 volleyball venue, took place on Sunday, February 2, while Volleyball Test matches 2020 at the Ariake Arena will be held from April 21 to 26 and the volleyball competition at the 2020 Summer Olympics between July 25 and August 9.

Mr Songsak opened the meeting with the studying and approvals of the Minutes of the 2019 AVC RC Meeting at Dusit Princess Srinakarin Hotel and the meeting agenda, while attendants heard the annual AVC RC report on indoor- and beach volleyball to FIVB, the progressive activity reports from AVC RC Members and Referee Delegate for 2019 AVC and zonal events and reports of refereeing courses. 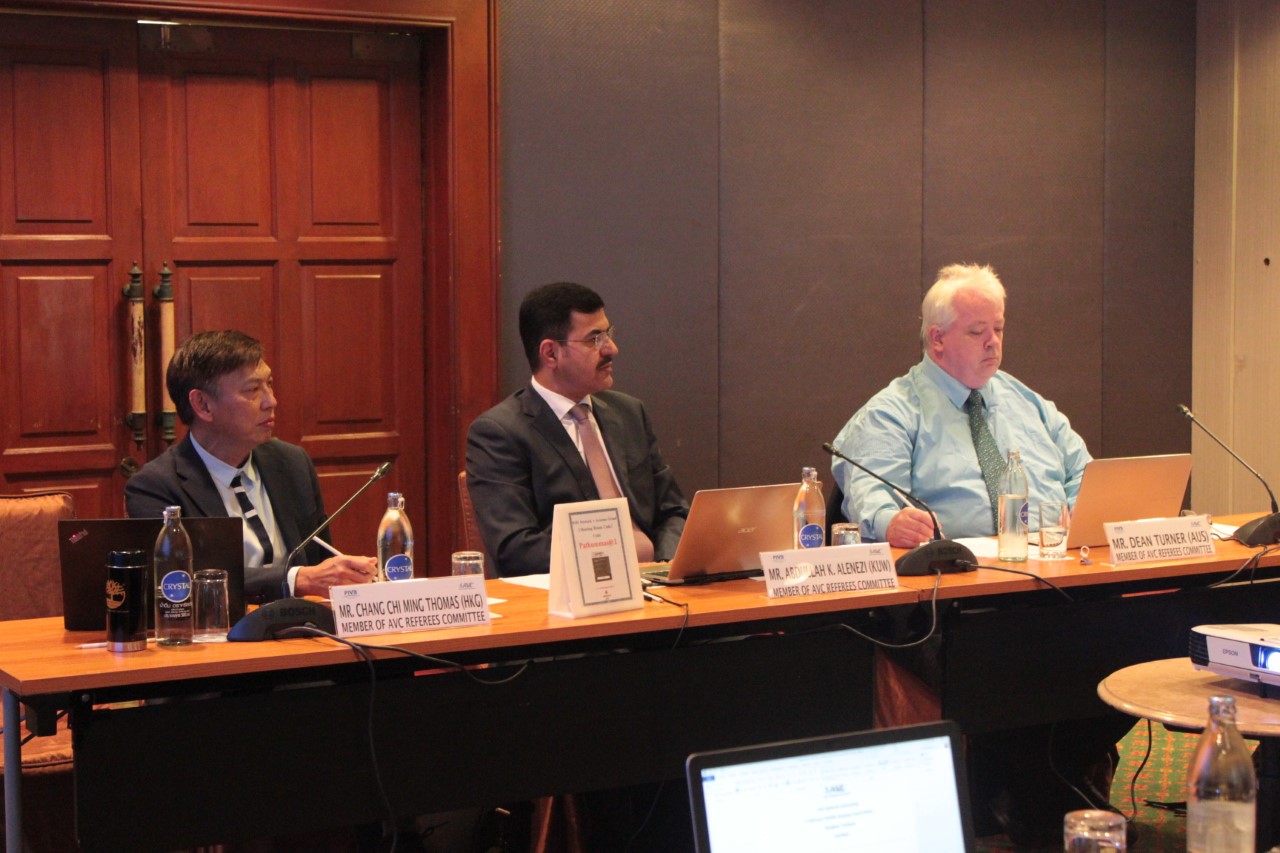 As a referee performs a vital role in the game at all levels, one crucial topic raised for discussion was the referee group categorisation and Mr Songsak indicated that it is very important that referees are properly qualified and have attended the appropriate training courses to support them in maximising their performances and decision making while officiating at some tournaments.

“Technical and instructional sessions at referee courses are aimed at giving match officials the best possible education for their development and therefore, I think it’s necessary that referees gain more experience and exposure by taking more courses to upgrade themselves in their fulfilling careers,” Mr Songsak was quoted as saying.

Informations on the modification of refereeing guidelines and instructions and 2020 beach volleyball casebook had thoroughly been reviewed, while technological advancements introduced by FIVB in the recent Rules of the Games and Refereeing Commission Meeting in Lausanne including the Video Challenge System to support officials at major competitions as well as the Referee Resource Centre, the FIVB’s on-line educational programs for referees, open to new and prospective referees with an interest in learning more about refereeing and the rules of the sport had also been taken for discussion during the Wednesday’s AVC RC Meeting. 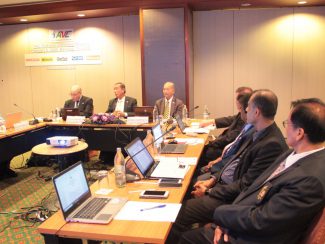 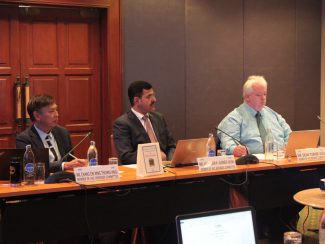 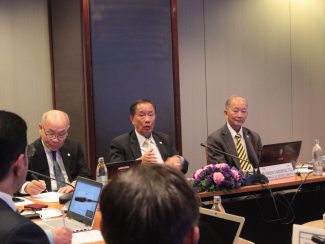 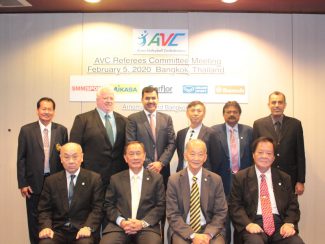