Seoul, Korea, August 17, 2019 – As the 20th Asian Senior Women’s Volleyball Championship is just one day away, all referees officiating at this top-tier competition on Saturday took the Referee Clinic theoretically and practically at the Jamsil Indoor Stadium, the main competition venue here. 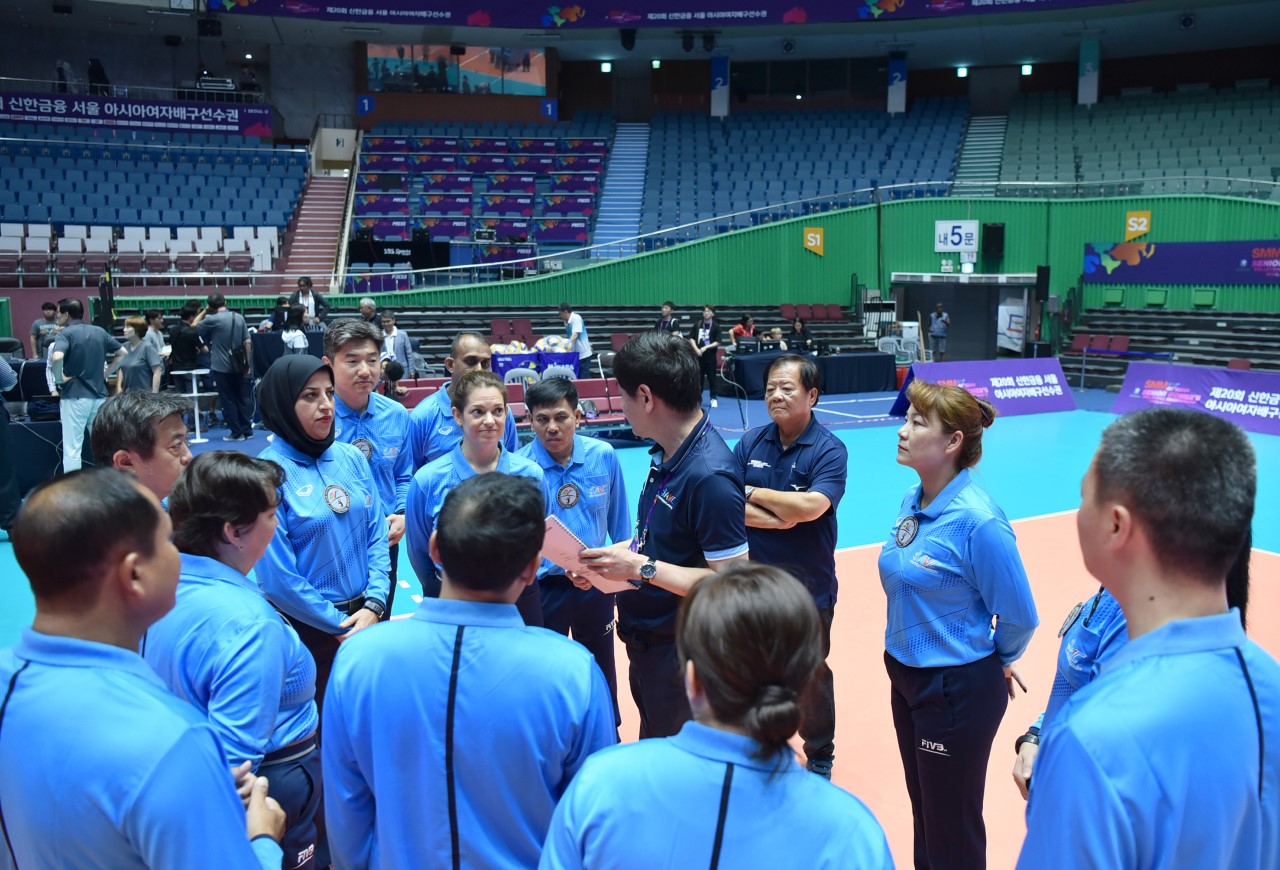 During the Referee Clinic, all referees also stood chances to work closely with the Video Challenge team. The new-technology Video Challenge has been brought by AVC to use in various Asian Championship events to assist the referees in the decision making process in order to make the game absolutely fair to the athletes’ actions. 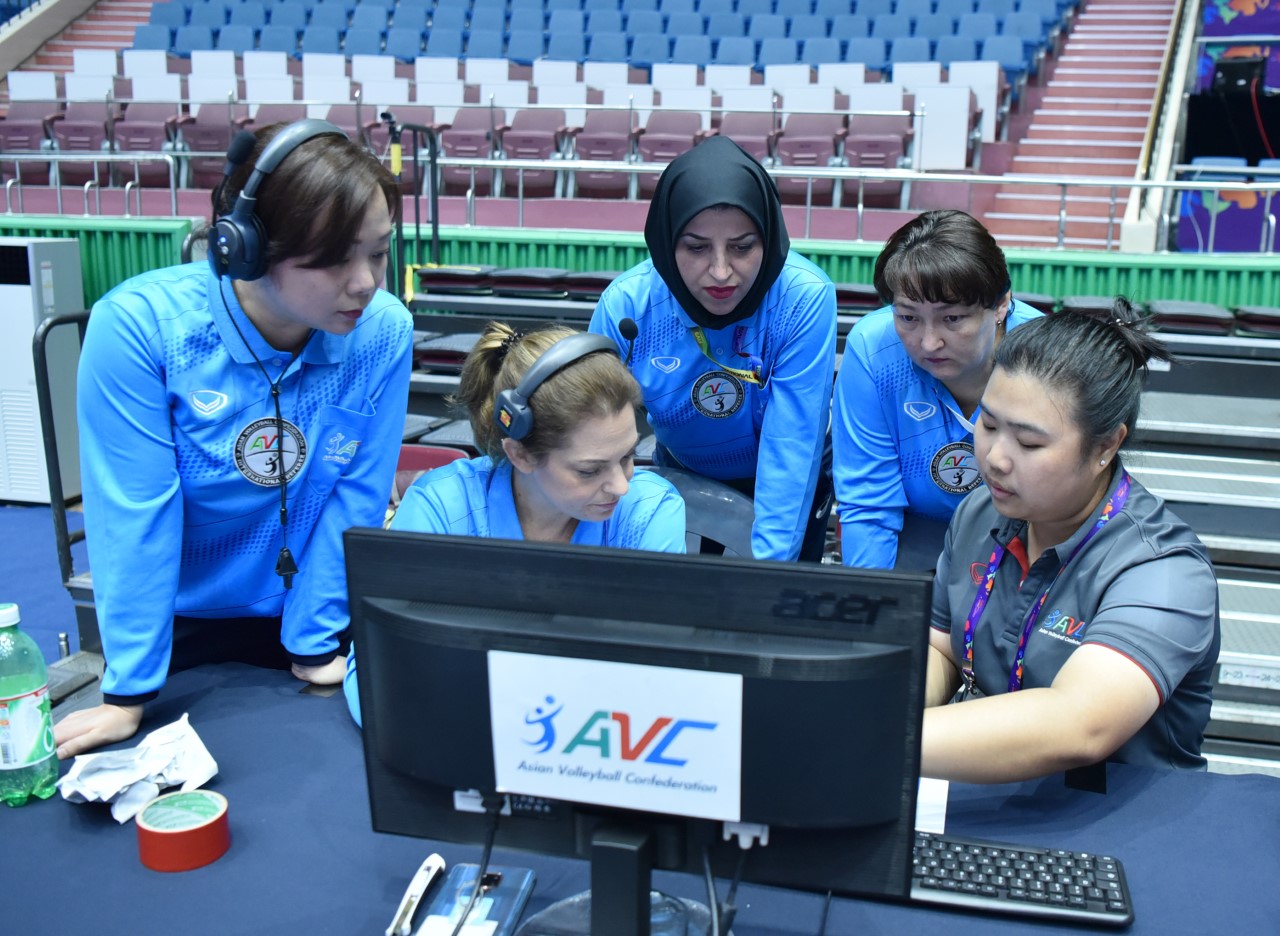 Following the Referee Clinic on Saturday, Referee Delegate Mr Dean Turner from Australia expressed his satisfaction over the referees’ abilities and approved their skills for further recognition and assessment. 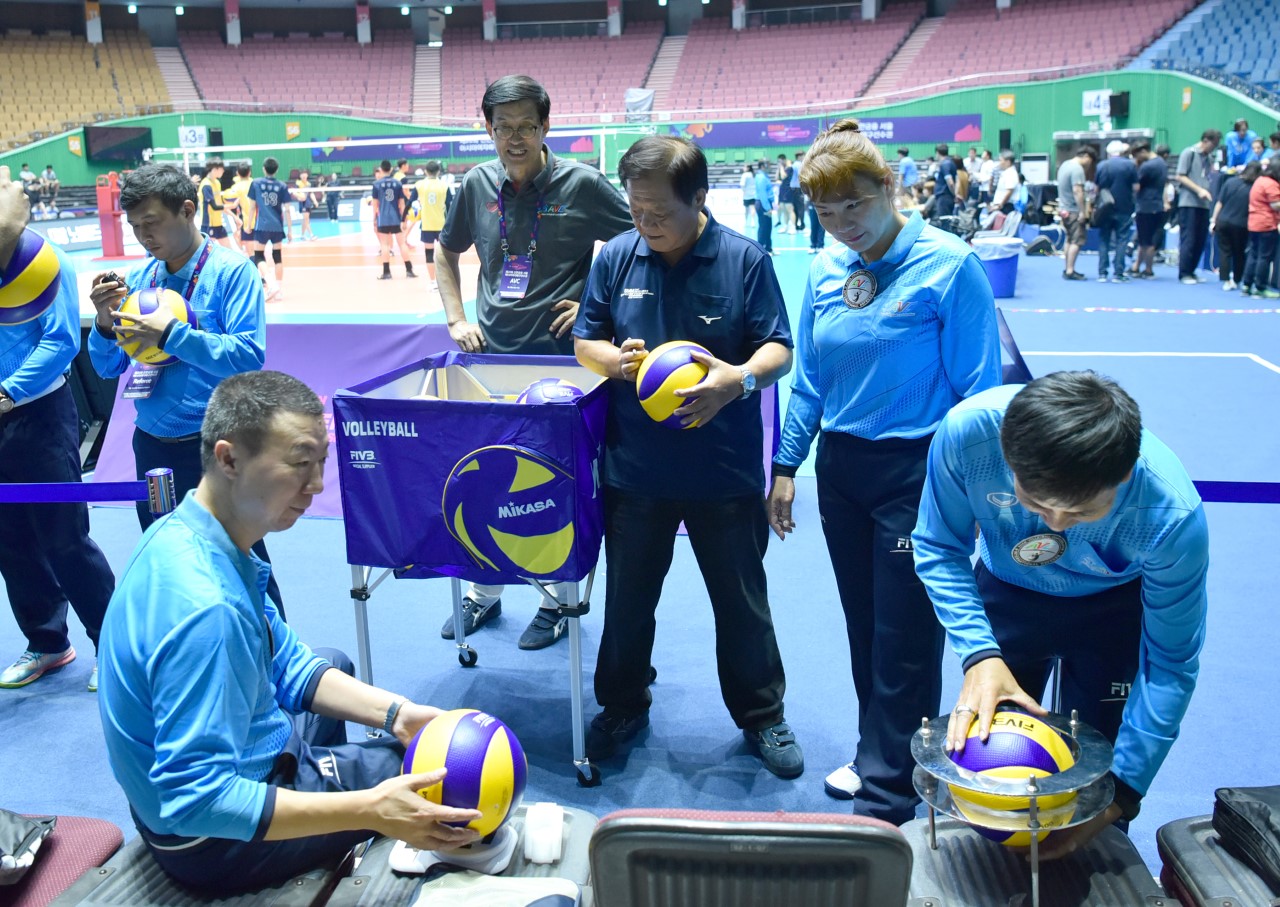 Regarding the decision made at the 2016 AVC Board of Administration Meeting, all National Federations sending their teams to participate in any Asian Volleyball Championship must each submit three international or candidate referees to the AVC in order that the AVC Referees Committee, chaired by Mr Songsak Chareonpong, will take it into consideration and make a final decision who will be named team accompanying referees.

Only one referee, normally the first name submitted, from each participating team had been selected to officiate at the championship here under the guidance of Referee Delegate Mr Dean Turner, and three Referee Sub-Committees Mr Chang Jing Jong from Chinese Taipei, Mr Kim Kuntae from Korea and Mr Wang Ning from China.

A total of 13 international referees, accompanying teams taking part in the eight-day event, on Saturday had been announced by the AVC to officiate at this Championship. They are as follows. 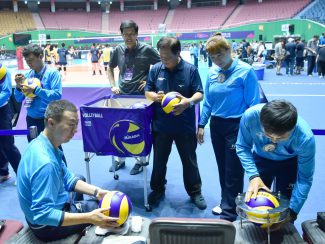 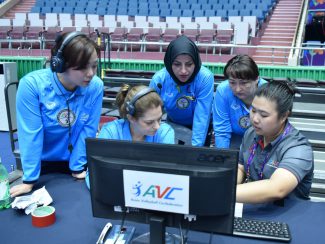 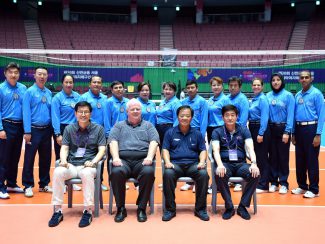 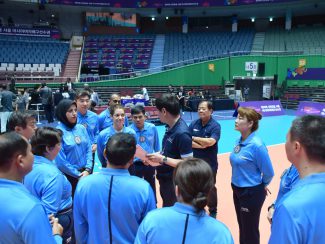