Bangkok, Thailand, October 26, 2020 – Mrs Rita Subowo of Indonesia was elected the new AVC President during the 23rd AVC General Assembly, which was held online on Monday.

The 72-year-old Subowo won the election by acclamation as she was the sole candidate for the AVC Presidency. Having served as AVC Executive Vice President since 2015, Subowo now becomes the 8th AVC President and the first female ever to run for a first term in the office of the continent’s volleyball governing-body.

“I would like to thank you all deep from my heart. It’s not easy for me. Your trust makes me confident. I understand that volleyball is my life. I will continue to serve my dedication to volleyball,” Subowo was quoted as saying after she was elected the new AVC President by acclamation.

“I would like to thank Mr Wei Jizhong and Dr Saleh A. Bin Nasser for your trust in me. I hope that in the future, we will continue our unity and solidarity in Asian volleyball and we will work closely with FIVB. I confirm that we remain in the same family of AVC.”

Former Indonesian IOC member, Subowo is a key figure in the Olympic Movement in Asia. She has been a member of the Olympic Council of Asia’s Executive Board since 2006 and has already become the Honorary Life Vice-President now.

She also served as Secretary General and President of the National Olympic Committee of Indonesia, the world’s largest Muslim country.

In addition to her work with the National Olympic Committee, Subowo has served as the Executive Vice President of the International Volleyball Federation (FIVB) since 2002, and led multiple initiatives relating to volleyball and beach volleyball.

An IOC member since 2007, she served on the Sport and Environment; Sport for All and Women and Sport Committees apart from having worked for several NGOs in Indonesia.

Subowo pays great importance and attention to the Indonesian sports in general and volleyball in particular. She has also made great contributions to the development and promotion of volleyball and beach volleyball in Indonesia and Asia, and is always held in high regard.

Born in 1948 in Yogyakarta, central Java, Subowo played in her university basketball team. Her interest in volleyball was aroused much later when she became an official of the National Volleyball Federation of Indonesia (PBVSI). In 1988, she was named Vice-President of the PBVSI, a position she held until 2000 when she was unanimously elected as president.

In terms of her working with the AVC, Subowo was AVC Executive Vice President and Member of the AVC Board of Administration in 2015. She will pick up the reins from the outgoing AVC President Dr Saleh A. Bin Nasser for the 2020-2023 term. 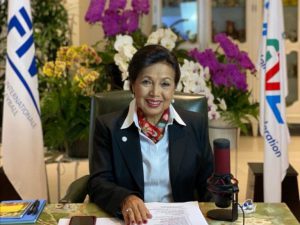 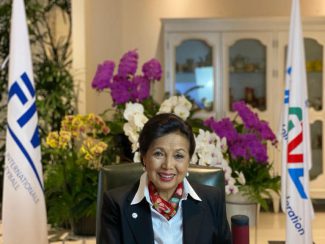 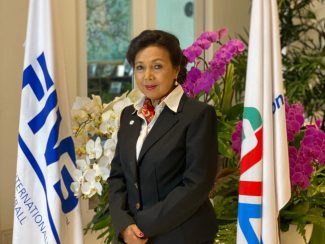