Quang Ninh, Vietnam, May 15, 2022 – Unstoppable Rivan Nurmulki weighed in with a match-high 28 points including 26 attacks to help defending and 10-time champions Indonesia storm past hosts Vietnam in highly-anticipated Pool A clash of the 31st SEA Games Volleyball Tournament at Quang Ninh Gymnasium on Sunday. 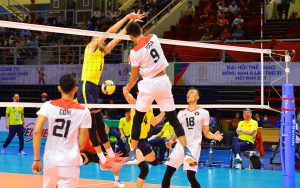 Shrugging off their rust in the sluggish first set, which they went down to the determined Vietnam, boosted by cheering home crowd, 21-25, the Indonesians engineered a fightback to capture the remaining three sets 25-15, 25-21, 25-14, leaving the home supporters inside the packed venue to return home with heads low in disappointment.

The host side had no answer for the irresistible Rivan, who turned into scoring machine and ominously stamped his authority early in the contest. 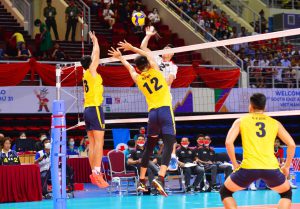 After losing the first set, Indonesia came up with overwhelming dominance. Rivan unleashed on several aggressive blows and carried out powerful jump serves, while blocking ability from Hernanda Zulfi and Yuda Mardiansyah Putra proved a thorn in the Vietnam’s attacks. Despite some improvement from the hosts, the Indonesians were on a different level with Rivan’s devastating attacks particularly outstanding. Indonesia eventually pulled off a comeback 3-1 win against Vietnam to register two consecutive wins in the 10-day competition. 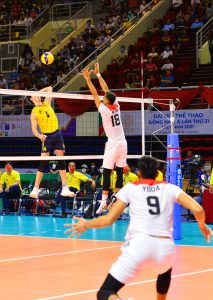 As Rivan scored a huge 28 points for Indonesia, Sigit Ardian and Doni Haryono kept good company to add 15 and 14 points respectively. Tu Thanh Thuan chipped in with 22 points on losing effort of Vietnam. 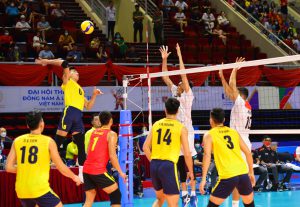 Indonesia will next take on Malaysia on Tuesday, while Vietnam go up against Myanmar on Wednesday. 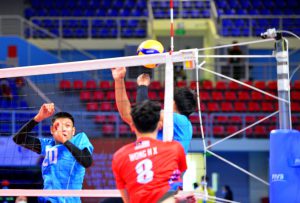 Earlier, sensational Aung Thu spearhead Myanmar, which succumbed to their disappointing straight-set loss to the Indonesians in their first clash on May 13, to taste their first win in the 31st SEA Games following a 3-0 (25-13, 25-19, 25-22) demolition of Malaysia. 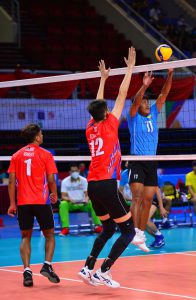 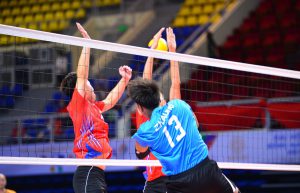 Meanwhile in the women’s event, Indonesia, the SEA Games gold medallists in 1983 which suffered disappointing 1-3 defeat at the hands of hosts Vietnam on May 13, pulled off a comfortable 25-10, 25-13, 25-5 win in a totally lop-sided battle against Malaysia. 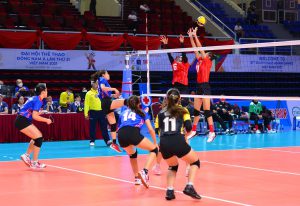 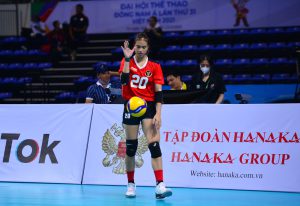 On Monday, Thailand will play their second match against Indonesia and hosts Vietnam test their mettle against Malaysia in the women’s event, while the lone match in the men’s competition sees Thailand take on Philippines. 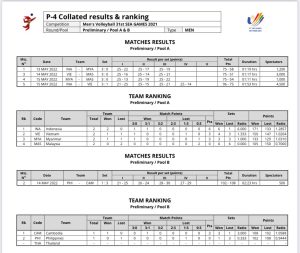