Rossi/Carambula enter the final 16 in Jinjiang after posting two wins against Asian teams, Koichi Nishimura/Daisuke Shibata from Japan and P. Gao/Y. Li from China. The morning match against Japan was a smooth win for the Italians, 2-0 (21-14, 21-11), but the afternoon clash with China’s strongest team would not be as straightforward.

P. Gao/Y. Li took the upper hand in the first set in their centre court match on Yakou Beach as the Chinese team appeared confident in front of a home crowd. Rossi/Carambula settled into the game in the second and turned the result in their favour, 2-1 (18-21, 21-18, 15-13). 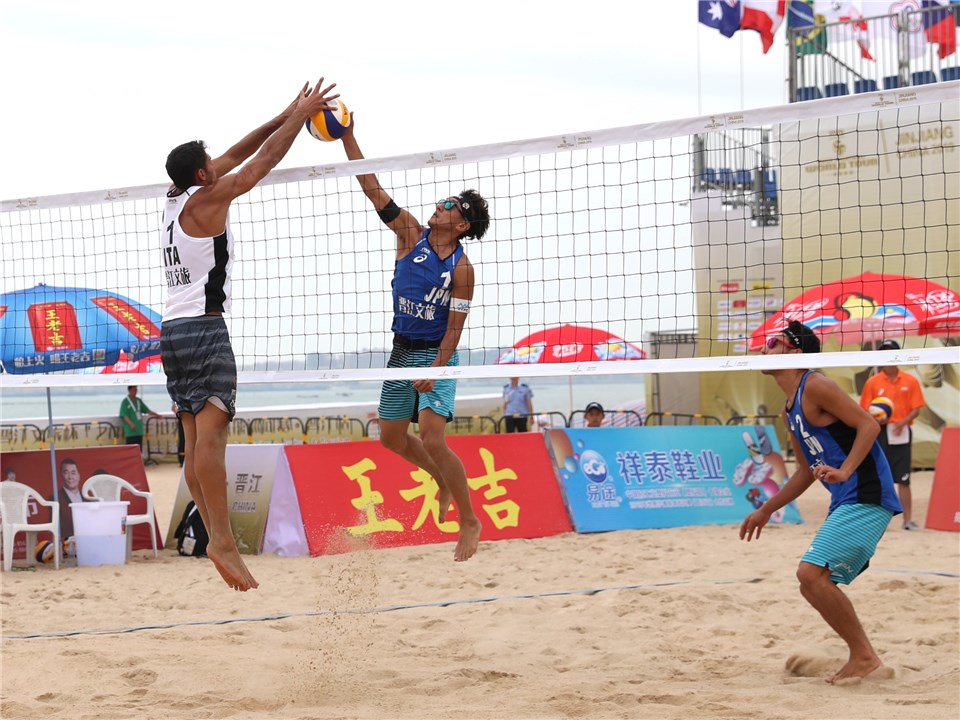 “We’re feeling pretty emotional I would say, it was a hard game for us because defensively we couldn’t find how to stop them. In the end we kept our sideout and that was the key for this match, we kept our sideout at a high level and that’s what paid off in the end,” said Carambula.

“The game was really tough, but we’re really happy because we know that they are a strong team, but we did our best and it came out perfect,” said Rossi.

Rossi and Carambula came together at the beginning of 2019, kicking off with silver at the Sydney 2-Star and finished just outside the medals in Xiamen last month losing the bronze medal match to Cherif Younousse and Ahmed Tijan from Qatar. 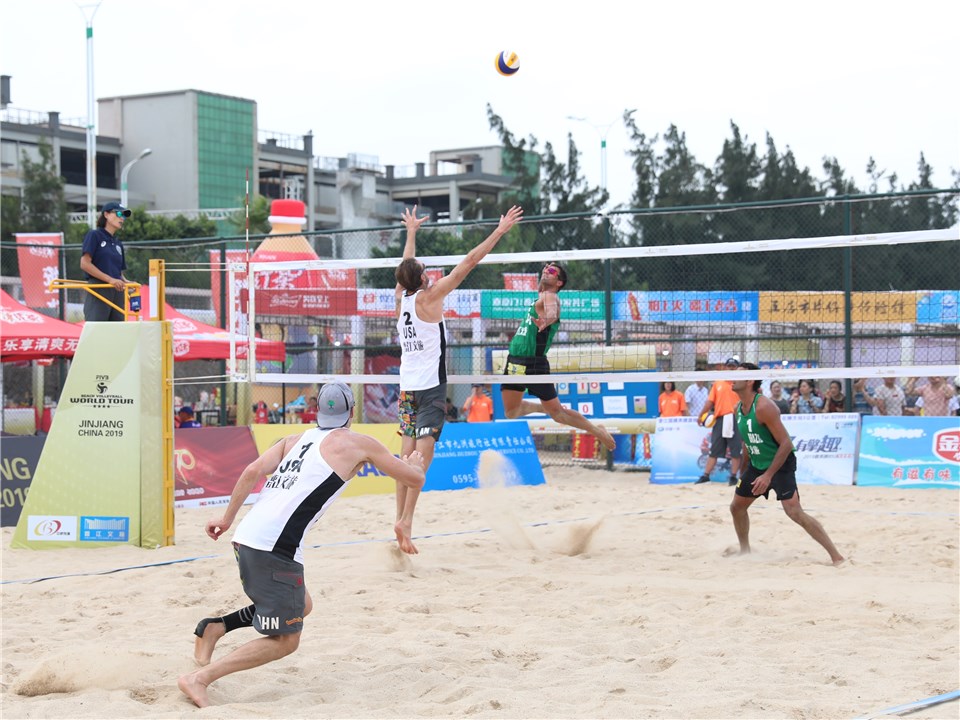 “We’re feeling pretty good, obviously it’s hard to keep up the high level that we have been playing, so this tournament we started off not playing super good. But in this game we found our rhythm with our sideout and that is our feel. When we sideout the whole game comes together and it’s all about consistency right now, so that’s what we’re looking for,” said Carambula.

“We’re working well, our bodies are healthy, we have a good relationship with the whole team. From now all the tournaments are going to be in Europe, so we don’t have the time difference, it’s our food and our points are pretty good , we have moved up in the rankings, so hopefully we get to enjoy a couple more main draws moving forward and that’s going to take a little bit off our legs,” said Carambula. 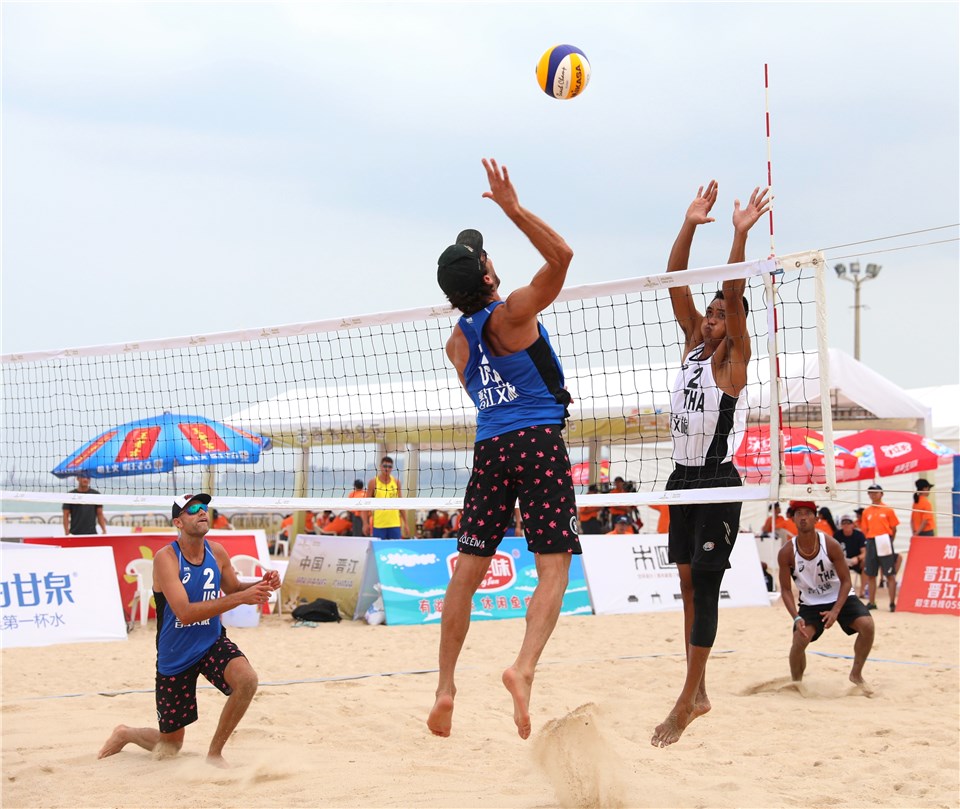 2018 Jinjiang champion Trevor Crabb and his partner Tri Bourne are also through after beating Australia’s Cole Durant/Damien Schumann, 2-0 (21-16, 21-19). They will now face Brazil’s Alison Cerutti and Álvaro Morais Filho in the final 16.

RONDINA AND PONS STEP UP FOR PHILIPPINES IN BORACAY OPEN 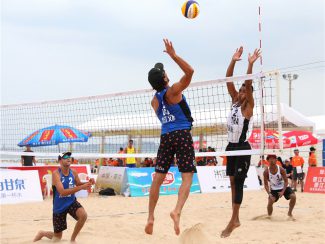 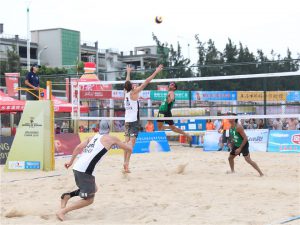 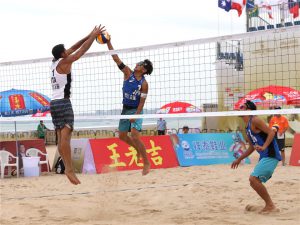 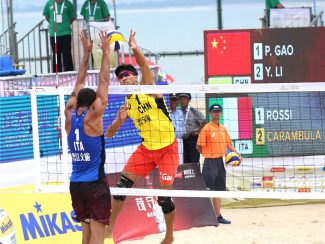