Mariia Bocharova in action during the 2018 U19 final

Beach Volleyball U19 World Championship finally back after three years

It is rare that a youth world champion gets the opportunity to defend their title three years later, but this is the case with Russia’s rising star Mariia Bocharova, who won the FIVB Beach Volleyball U19 World Championship in 2018 together with Maria Voronina and now headlines the field for the upcoming edition of the event ready to get underway in Thailand on Monday.

The venue at Bangtao Beach in Phuket is set to welcome talented young hopefuls of both genders for the event initially scheduled for November 2020 and then postponed three times in light of anti-pandemic measures. 72 teams (36 men’s and 36 women’s duos) from 31 different countries are going to take part in the 2021 U19 World Championship to be held from December 6 through 11. Despite the delay, the eligibility cut-off date remained the same, so players born in 2002 or later are able to participate.

The 32 teams in each gender’s main draw will be split into eight round-robin pools. The pool winners will advance straight to the eighthfinals, while the pool runners-up and the third-placed pairs will have the chance to make it there through the round of 24. At least four of the main draw spots will be contested in a single-elimination qualification tournament to take place on Monday. 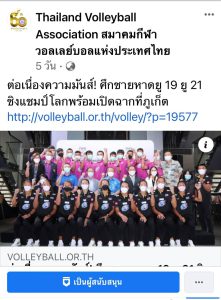 This will be the 16th edition of the youth World Championship in beach volleyball. The first one was held back in 2002. Brazilian pairs have won the girls’ title four times. The trophy went to Germany three times. On the boys’ side, Poland leads the way with four crowns, while Brazil and Germany have three each. Russia won the most recent edition in Nanjing in both genders.

Mariia Bocharova is only 19 years old, but she has been playing at various age-category world and European championships for six seasons now. In addition to being a defending U19 world champ, she is also a reigning Youth Olympic champion from Buenos Aires 2018 and a silver medallist from the most recent U21 World Championship, which was played two years ago in Udonthani City, also in Thailand.

Bocharova has an amazing track record in the various European Championships. Between 2017 and 2021, she triumphed as a continental champ as many as eight times, with two U19, four U20 and two U22 crowns, in addition to two silvers (U18, U22). Mariia was only 17 when she won her first senior-level gold on the World Tour in Aydin a couple of years ago. She earned two of her continental gold medals alongside Elizaveta Gubina, the 17-year-old defender who will partner with her in Phuket too.

The semifinals and the medal matches for both genders will be streamed live on the Beach Volleyball World video channel on YouTube.