Udon Thani, Thailand, June 22, 2019 – Miguel Sarabia and Raymond Gerald Stephens are fast becoming the darlings of the Udon Thani crowd, as these two Mexican athletes are showing stellar performances to reach the men’s final four of the FIVB Beach Volleyball U21 World Championships.

“I love how the people here cheer for us a lot,” Sarabia said. “The organisation of this tournament is great. We love this place and we are so thankful for the great experience here.” 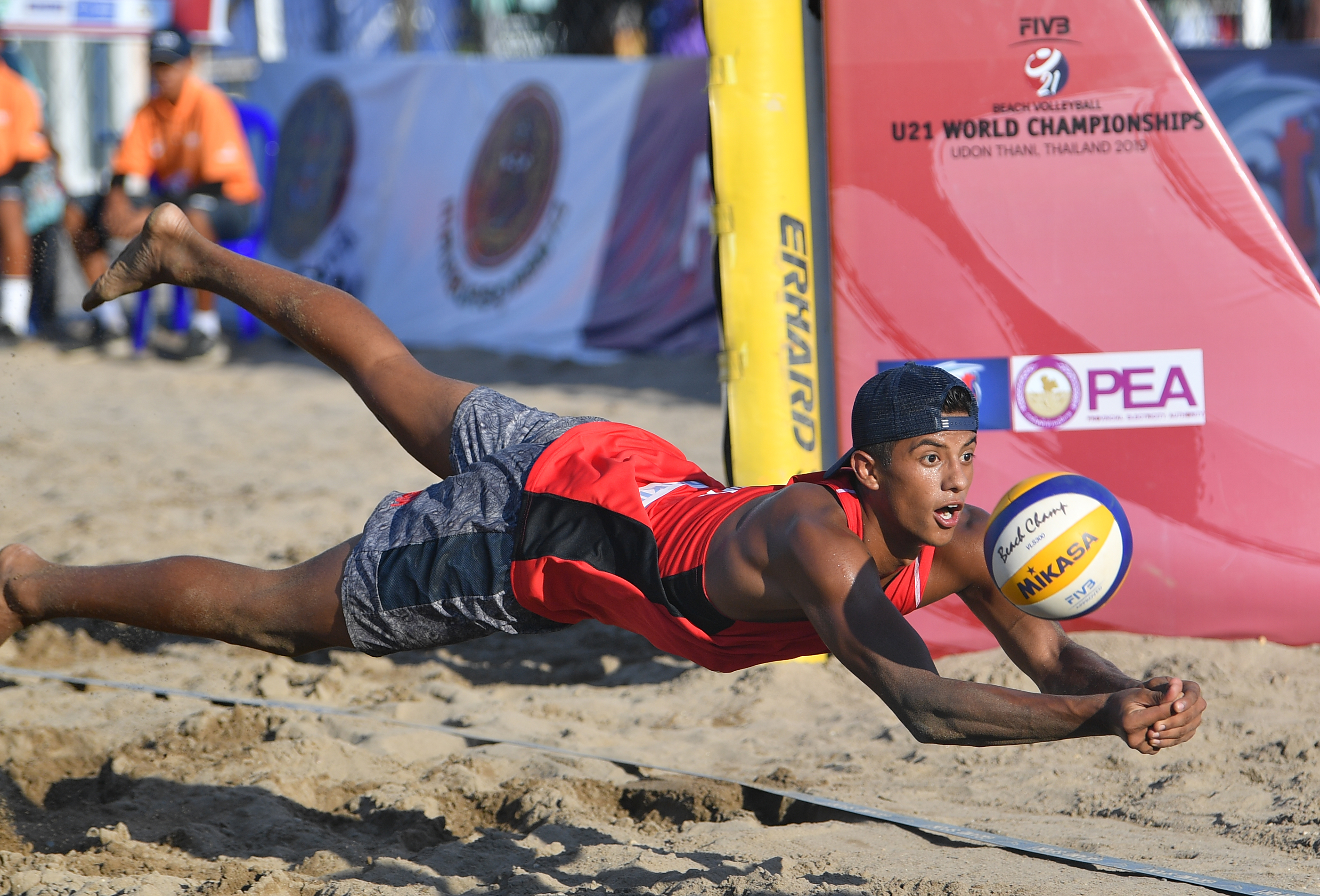 On Saturday morning, Sarabia and Stephens claimed their fifth consecutive victory in Udon Thani and earned their first ever entry to the final four in the age-group World Championship.“We are so happy to be here for the first time at this level,” Stephens said. “We are having a great year at the continental level and we glad and confident to reach the final four.”

Sarabia and Stephens previously teamed up at the U19 World Championship in Larnaka in Cyprus, where they placed fifth. This time, the Mexican pair has something to celebrate about as they have exceeded their previous record, giving them an opportunity to earn their first ever World Championship medal.

“Mexican beach volleyball has improved in the last few years because of the good support of the national federation,” Stephens said.

“We used to play in the indoor team, but this season we are just focused on beach volleyball,” Sarabia added. 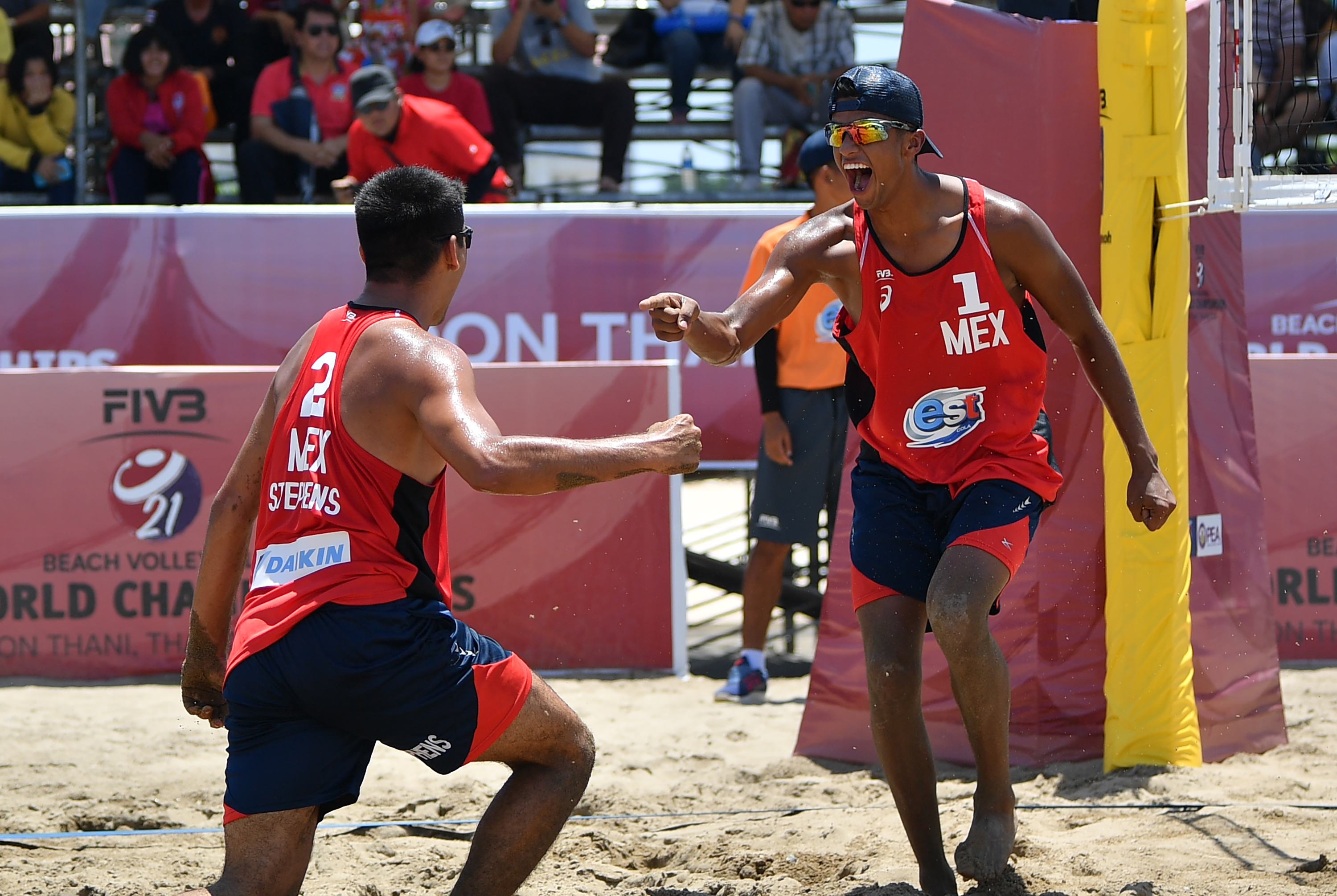 Mexico has won a silver medal before at the U21 World Championship from their compatriots Josue Gaxiola and Jose Rubio, who were beaten by Brazil’s Arthur Mariano and George Wanderley in the final of the 2016 edition in Lucerne, Switzerland.

Sarabia and Stephens are keeping this in perspective but they are more focused on their own game in order to reach their ultimate goal.

“Brazil and Russia are always tough opponents but it is not important which side we will face,” Sarabia said. “We believe that we have great chemistry and we are just hoping that we will continue to play well. We hope this performance will help us reach our goal to be in the Olympic Games.”