Phnom Penh, Cambodia, February 23, 2020 – For the second-straight week, Christopher McHugh and Damien Schumann have topped an international podium as the Australians collected their second FIVB World Tour gold medal here Sunday by winning the US$25,000 Anchor Beach Volleyball Carnival for men in the Cambodian capital.

In claiming a second World Tour gold medal together with the first being on home sand in 2017 at Shepparton, McHugh and Schumann validated their podium-topping performance last week in Thailand at the Asian Championships where they defeated China’s Likejiang Ha and Jiaxin Wu in the finale at Udon Thani.

In winning the first-ever men’s World Tour gold match between Australia and Austria, McHugh and Schumann have now reached the podium in three of their 15 FIVB starts together as the pair has won 37 of 60 matches together (61.7 winning percentage).

Sunday’s gold medal finish was also Australia’s third on the international circuit as the Oceania country captured their first title in 2001 when Julien Prosser and Lee Zahner defeated the Laciga brothers (Martin and Paul) in the July 1 title match at Berlin, Germany.

Dressler and Huber, who were seeking their third World Tour title and second in Cambodia after topping a podium last season in Siem Reap, split $3,000 for finish second in their 12th FIVB event together.  The Austrians now have four World Tour podium placements together with a 28-15 (65.1%) FIVB match mark. 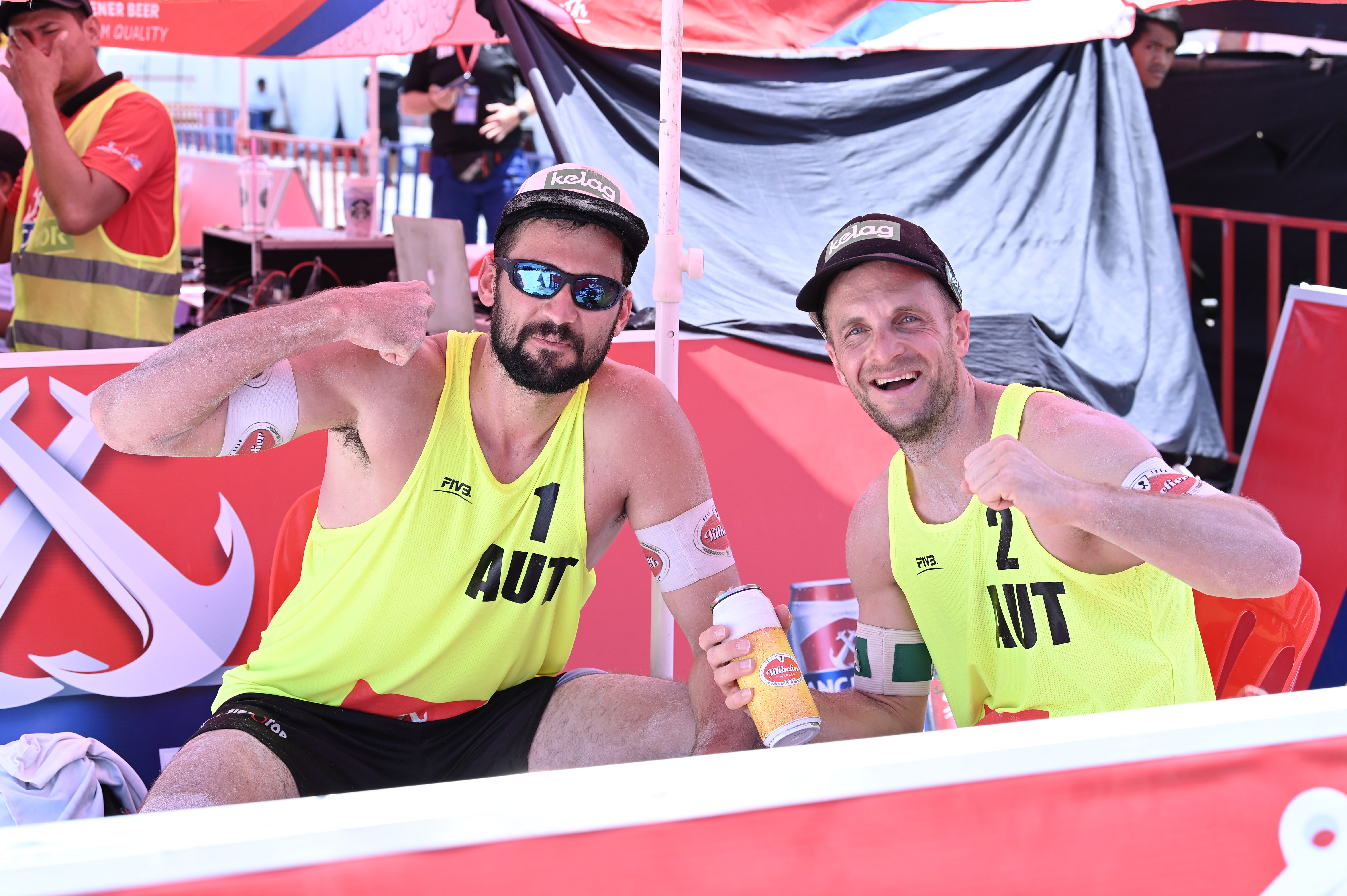 o reach the finale in the 466th men’s event since the start of FIVB-sanctioned events in 1987, McHugh and Schumann defeated 17th-seeded qualifiers Lukas Pfretzschner and Robin Sowa of Germany while Dressler and Huber ousted Austrian rivals and 19th-seeded Laurenz Leitner and Florian Schnetzer in the semifinals.

In the bronze medal match, Pfretzschner and Sowa won their sixth of eight matches in the Anchor Beach Volleyball Carnival by out-lasting Leitner and Schnetzer 2-1 (21-18, 17-21, 24-22) in 62 minutes. The Germans shared $2,000 in claiming their first World tour medal together while Leitner and Schnetzer split $1,400 in only their partnership’s second FIVB event.

The FIVB World Tour takes a break for a week before resuming men’s competition with back-to-back tournaments in Iran (March 3-7 at Bandar Abbas) and Qatar (March 12-15 at Doha). The next women’s event is set for March 5-8 in Guam.