Jiangmen, China, January 4, 2022 – Shanghai survived a scare from Liaoning to pull off a dramatic four-set win (25-19, 21-25, 25-21, 25-18) in their first match of the best-of-three third-place playoff in the China Women’s Volleyball Super League at Jiangmen Sports Centre Gymnasium on Monday. 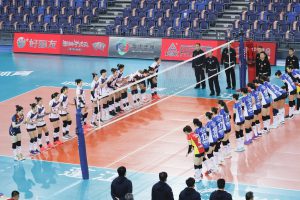 At the beginning of the first set, Shanghai took the lead and seized the Liaoning’s defensive mistakes to score consecutively for the commanding lead. The combination of Zhong Hui and Jin Ruanjing helped Shanghai expand their lead. With Ouyang Qianqian spiking effectively, Shanghai took the set 25-19. 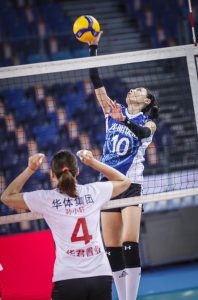 Liaoning strengthened their defense to suppress the opponents’ offensive. After a fierce battle with the opponents to a 9-9 tie, the pass became loose and the opponents scored three points in a row. Since then, Liaoning controlled the error and strengthened the aggressiveness of the serve. Sun Xiaoxuan and Shi Bingtong succeeded in producing successive attacks on both wings, helping  Liaoning stretch their lead. At the end of the game, Zhong Hui and Xue Yizhi of Liaoning repeatedly deducted points, and their team managed to win it 25-21. 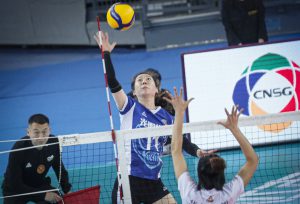 In the third set, Wang Weiyi of Shanghai played well and made many wonderful saves. After the 18-18 tie, Shanghai relied on Jin Ruanjing’s spectacular smashes to take the lead. Then Ouyang Qianqian blocked consecutively, handing the team another set 25-21 for a 2-1 margin. 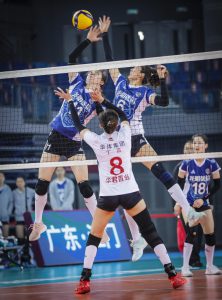 The fourth set saw the scores of both sides rise alternately. After the 9-9 tie, Liaoning made an offensive error. Jin Ruanjing seized the opportunity to score consecutively with a spike, leading the team to widen the difference. Liaoning stubbornly pursued to 17-18. 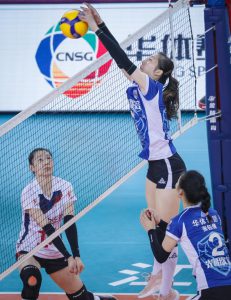 Shanghai requested a timeout to regain the right to serve. Zhong Hui made a strong serve, but Shanghai repeatedly succeeded in offensive and blocking, scoring 5 points in a row, widening the difference, and came to the match point 24-17. Although the opponents saved a match point, Qin Siyu made a quick break. Shanghai successfully won the set 25-18 for the first victory in the best-of-three playoff. 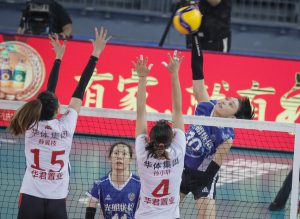 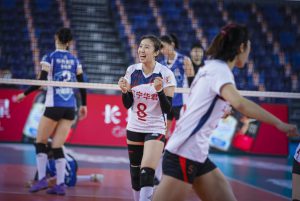 On January 4, the second game of the third-place playoff match will be held, followed by the first match of the final showdown between Jiangsu and reigning champions Tianjin. 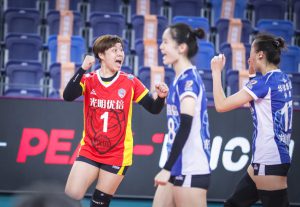