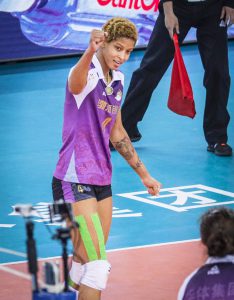 In the first set, Tianjin showed their strong strength. Li Yingying and Vargas unleashed a series of powerful cross-court attacks, completely suppressing the opponents on the offensive end, leading Tianjin all the way to the lead. At the end of the set, Liu Yan succeeded with a sharp attack for the lopsided 25-11 win for Tianjin. 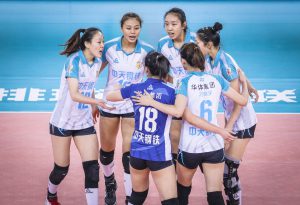 In the next two sets, Jiangsu strengthened their defense and gradually regained their form on the offensive end to contend with their opponents. However, the title-holders once again demonstrated their strength. Strong attackers took turns attacking from every angle, and blocked frequently. Tianjin won two games in a row 25-20, 25-17 for the eventual 3-0 win in their first match of the final. Following the win, Tianjin need only one more win in their second match on Wednesday to successfully retain their Super League title. 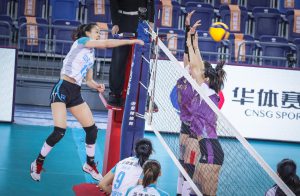 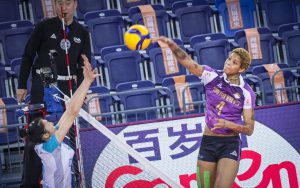 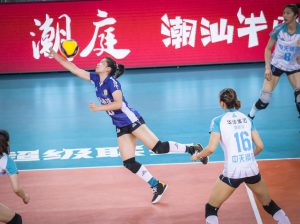 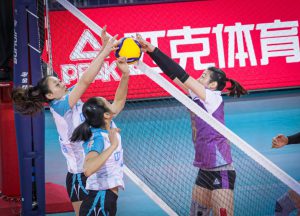 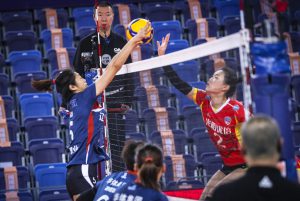 At the beginning of the first set, the scores between the two sides were very close and the battle reached 9-9. After that, Shanghai began to block solidly and gradually established the lead. Liaoning seized the opponents’ mistakes and organized an effective counterattack to narrow the difference. 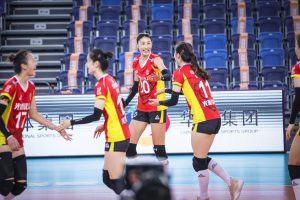 With Liaoning hot on their heels, Jin Ruanjing (Korean Kim Yeon Koung) came for a help as she led Shanghai in overtaking the rivals again. Zhong Hui demonstrated the power of her jump serve and destroyed the opponents’ pass continuously. Shanghai seized the opportunity to block and smash repeatedly, scoring 7 points in a row and reaching the set point 24-19 before ending the set with a quick attack 25-20. 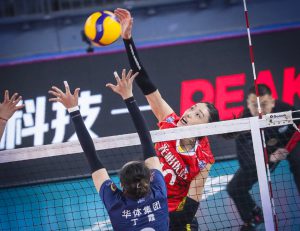 After the easy battle, Shanghai still played well in defence, and they have repeatedly dominated the network port competition, leading their opponents 5-1 in the opening of the second set. Zhong Hui and Ouyang Qianqian of Shanghai succeeded in attacking, while Liaoning made many mistakes on both ends of the offense and defense. Shanghai took the set 25-17 for a 2-0 lead. 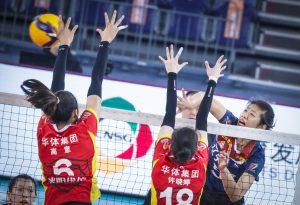 In the third set, Liaoning still struggled to break through the opponents’ block and fell behind again at the start. Although Shi Bingtong scored consecutive spikes, Liaoning still struggled against the Shanghai’s more blooming offensive firepower. At the end of the game, Zhang Yuqian flew back to help Shanghai widen the gap. Ouyang Xiqian succeeded in the second aggressive attack to seal the 25-14 victory for Shanghai. 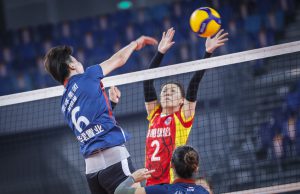 Shanghai, which beat Liaoning 3-1 in their first match of the third-place playoff encounter on Monday, finished third place in the China Women’s Super League following their 2-0 victory. Liaoning came in fourth position. 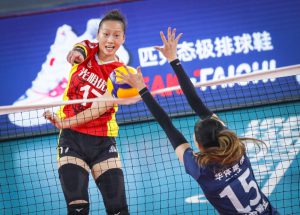 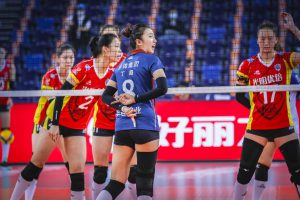 On January 5, the second match of the final showdown between Jiangsu and Tianjin will be held at 7.30pm local time.